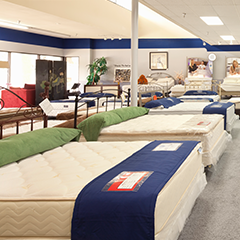 Courts are not looking to experts for creative ways to calculate damages. They want a calculation based on reasonable certainty. In a recent case, the court decided to throw out most of the plaintiff’s damages claims before the case even went to trial because the expert worked off untested client information and his formula for projecting future lost profits was based on plainly untenable assumptions.

The plaintiff was “the Marshalls or TJ Maxx of the mattress world.” The defendant was a leading bakery-café chain. One of the plaintiff’s four outlets experienced water leaking into its storeroom from the defendant’s adjoining restaurant. It took the defendant a few months to make the necessary repairs, but ultimately the plaintiff did not suffer damage to its inventory and was not out of pocket for the repair work.

However, it wanted compensatory damages in excess of $100,000 as well as “exemplary damages” totaling $50,000. The exemplary damages were based on the defendant’s allegedly “selfish and obnoxious conduct” and “repeated attempts at delay and its harassment of [the plaintiff].” The plaintiff retained a damages expert.

There was no basis for exemplary damages, the court said. They usually were only a remedy where the loss to a business was unquantifiable, as might be the case with loss of reputation or goodwill. Future lost profits and lost time of employees did not fit the category.

In terms of compensatory damages, the court found the plaintiff failed to show “a reasonable basis for its computation of damages for lost employee and lost principal’s time.” A recurring problem with the way in which the plaintiff’s expert developed damages was his blind reliance on information the plaintiff store owner provided. For example, the owner told the expert to assume wasted employee time was 120 hours. During his deposition, the expert did not know whether this was time the employees spent in excess of their regular hours or time that was part of their workday. He had not reviewed employee time cards or payroll schedules to verify the claimed hours.

The court noted the expert’s method for determining “lost principal’s time” was even “sketchier.” The expert assumed 150 lost hours because the owner told him to. However, during his deposition, the expert admitted in actuality the company incurred no additional costs for the 150 hours the owner claimed to have spent on the water leak.

The plaintiff wanted “future lost profits” for five years beyond the damages period. The plaintiff’s expert said the calculation was based on a formula he had developed, which showed the number of repeat customers the company would lose going forward that it would have had but for the water leak issue. In determining lost income for future years, the expert compounded the number of lost customers but admitted there was no way of knowing whether this would be the number of lost customers in any given future year. It was just a “theory,” he said.

The defendant contended the projected future losses were based on nothing but speculation and conjecture. The court agreed and also dismissed this claim.

At trial, the plaintiff was only allowed to pursue recovery of damages for ordinary negligence and nuisance during the damages period, the court ruled.

« Negotiating a Commercial Lease
Can Your Research Credits Offset Your Payroll Tax Bill? »