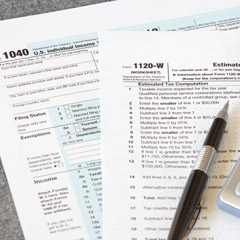 You may be wondering whether the expense of a contingent-fee arrangement with your attorney is deductible for federal income tax purposes. Unfortunately, the guidance on this controversial issue isn’t favorable to taxpayers in most situations.

The federal income tax treatment of contingent fees paid to an attorney out of a taxable non-business judgment or settlement has been a source of confusion. Here’s an overview of the outcome of litigation between individual taxpayers and the IRS, along with a taxpayer-friendly exception to the general rule.

A Lesson from History

Some court decisions have concluded that an individual claimant must:

1. Include 100% of the taxable portion of a legal judgment or settlement in gross income, and

Because miscellaneous itemized deductions are subject to a 2%-of-adjusted-gross-income threshold under the regular federal income tax rules, most taxpayers don’t generally favor this treatment. And under the alternative minimum tax (AMT) rules, additional miscellaneous itemized deductions are completely disallowed. So, the actual allowable write-off for contingent fees is significantly reduced or maybe even completely disallowed if the taxpayer is subject to AMT.

Which treatment is correct: excluding the fees from gross income, or treating them as a miscellaneous itemized deduction? In 2005 the Supreme Court addressed this question, ruling that an individual taxpayer must include in gross income the portion of a taxable judgment or settlement that goes to the taxpayer’s attorney under a contingent-fee arrangement. (Commissioner v. Banks, II, 95 AFTR 2d 2005-659, Supreme Court 2005)

The decision was based on the Supreme Court’s review of Banks (a Sixth Circuit Court of Appeals decision) and Banaitis (a Ninth Circuit Court of Appeal decision). In both of those decisions, the appellate courts had reversed the U.S. Tax Court, concluding that the taxpayers could exclude from gross income amounts paid to their attorneys under contingent-fee arrangements.

The Supreme Court disagreed with these reversals, however. The Court ruled that, even though the value of taxpayers’ legal claims are speculative at the time they enter into a contingent-fee arrangement with an attorney, that factor doesn’t cause the arrangement to be properly characterized for tax purposes as a partnership or joint venture between taxpayer and attorney.

According to the Court, the attorney-client relationship is more properly characterized as a principal-agent relationship. As such, the taxpayer (the principal) must include the entire taxable amount earned from the legal action in gross income and then hope to be able to claim a deduction for contingent fees paid to the attorney (the agent).

Essentially, the Supreme Court’s decision reaffirmed one of the oldest principles in federal income taxation: A taxpayer can’t assign taxable income to someone else, even though the attempt to do so may occur before the income is actually earned. Instead, taxpayers must include the income on their return when it’s earned, and then hope to be able to deduct amounts that go to other parties (such as contingent fees paid to attorneys).

Even though the Supreme Court’s decision seems to close the door on any argument that contingent attorneys’ fees paid out of a taxable non-business judgment or settlement can be excluded from a claimant’s gross income, Congress provided an exception that basically amounts to the same thing for certain taxpayers.

You don’t need to itemize deductions on your tax return to benefit when treating the expense as an above-the-line deduction. Contingent attorneys’ fees are effectively subtracted from taxable income on your return under this treatment, so you don’t have to pay tax on money that went to your attorney. The Internal Revenue Code provides a list of legal actions that are defined to be for unlawful discrimination, including, but not limited to, claims of violations of:

Important note: You pay taxes on only the amount you keep. Above-the-line deduction treatment for qualifying contingent legal fees and related costs effectively allows you to directly subtract these expenses from the amount of the judgment or settlement that you claim.

However, fees to acquire a business asset, such as a patent or real estate, must be capitalized as part of the cost of acquiring the asset and then depreciated or amortized. Finally, legal expenses incurred in connection with the business of being an employee are treated as miscellaneous itemized deductions, which can be unfavorable for the taxpayer.

Get an expert involved early in litigation, because they might be able to help you achieve a more tax-favorable result by planning ahead. Consult with Filler & Associates or your tax advisor to determine the proper tax treatment of an individual’s attorneys’ fees, as it can be tricky.