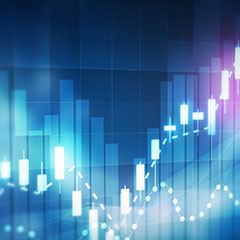 A recent fair value decision from the Delaware Court of Chancery turned on the idea of uncertainty. Impending regulatory changes in key markets made it hard to predict the company’s future performance. Shaky forecasts raised doubts about the reliability of the results three different valuation methods generated. The court’s solution was to blend the values.

The subject was a payday lending company that was headquartered in the United States but operated in 10 countries. Around the time of the transaction, the company experienced two pressure points: potentially tighter restrictions from regulatory authorities, especially in the U.S. and the United Kingdom, and competition.

Because of concerns over regulatory change, management succession, and the company’s high leverage, management began to explore a sale to a financial sponsor as early as 2012. It retained a financial advisor that reached out to many financial sponsors and a few strategic buyers. The future buyer, a private equity firm, came forward in fall 2013. The buyer knew of the uncertain regulatory environment in which the subject operated and wanted to take advantage of the company’s vulnerability.

Initially, the buyer offered $12.16 per share. But, after management provided the buyer twice with EBITDA projections that were revised downward, the latter lowered its bid to $9.50 per share. The board approved the transaction on April 1, 2014. The merger closed in June 2014.

A number of stockholders petitioned the Delaware Court of Chancery for a fair value determination under Section 262(h) of Delaware’s appraisal statute. The court’s chief judge, Chancellor Bouchard, handled the proceeding.

Both sides retained eminently qualified valuators to make their case. The petitioners’ expert based his valuation on the discounted cash flow analysis alone. The court commended him for also performing a multiples-based comparative company analysis even though he saw no reason to give any weight to it. The expert’s DCF analysis yielded a value of $17.90 per share.

The company’s (respondent’s) expert relied on a DCF analysis that resulted in a $7.81 value per share and a multiples-based comparable company analysis that produced an $8.07-per-share value. Weighting the results equally, he determined a fair value of $7.94 per share. During litigation, the company also suggested the transaction price—$9.50 per share—was a reliable indicator of value. The petitioners objected.

The court noted the “wide gap” between the experts’ DCF-derived values. Citing to the Chancery’s recent decision in In re Appraisal of Dell, the court pointed out that studies have shown petitioners’ experts on average produce a valuation that is 186% above the deal price, whereas respondents’ experts arrive at a price that is 22% below deal price.

In this case, the court decided to do its own DCF analysis by drawing on elements from both experts. For the final valuation, the court also considered the result of the multiples-based comparable company analysis and the deal price.

The court focused most of its valuation discussion on DCF input issues and paid particular attention to beta. “A relatively small change in beta can substantially affect WACC and, consequently, the outcome of a discounted cash flow model,” the Chancellor noted. Here, the experts’ theories on beta, including their views on the proper source of beta, the beta peer group, the beta measuring period, beta smoothing, and beta unlevering, diverged significantly and resulted in very different valuations, the court observed.

The court found the methodology reasonable, and it adopted the value resulting from it. It also found the deal price had a role to play in the final value determination considering the sales process had all the marks of an arm’s-length transaction.

And yet, all of the valuation methods were “imperfect techniques,” the court found. Their weakness ultimately came back to the same source: regulatory uncertainty. There was no knowing how the company would cope with the changes and whether it would remain viable, the court said.

This uncertainty “calls into question” the reliability of the company’s projections, underlying the experts’ DCF models and, to some extent, the comparable company analysis, the court noted. The uncertainty also affected the sales process. The buyer was aware of the company’s “trough performance and uncertain outlook.” These factors, in fact, “were at the core of [the buyer’s] investment thesis to obtain assets with potential upside at a favorable price,” the court said. It also noted that the buyer was a financial sponsor and was guided by achieving a certain internal rate of return rather than fair value.

At the same time, there was no doubt that all methods provided meaningful insight into the company’s value, the Chancery found. Consequently, the court weighted the values derived from the different analyses equally to arrive at a $10.21-per-share fair value for the subject company.