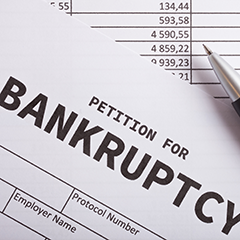 Shareholders in a bankrupt company rarely get to form an equity committee that represents their interests during the reorganization proceedings. But, in an extraordinary bankruptcy case, the court, after hearing shareholders express concern over the valuations of the company, ordered the formation of a committee. Upon request, Lexis made available a transcript of the hearing.

The subject was Horsehead, a leading producer of zinc and manufacturer of value-added zinc products. Two of its subsidiaries were profitable businesses, but the company’s state-of-the-art North Carolina plant became a source of trouble and the focal point of the valuation battle.

The company experienced difficulties in 2015 and 2016 due to declining zinc prices. But, as late as December 2015, in numerous public statements, management represented there was sufficient liquidity to continue operating and proceed with the building of the plant. An unqualified audit opinion by a major accounting firm seemed to back up the company’s representations. A KPMG valuation report suggested the company was worth $1.1 billion.

In February 2016, the company suddenly filed for Chapter 11 bankruptcy. A valuation Lazard Frères prepared on behalf of the debtors put the value of the company between $255 million and $305 million, assuming the North Carolina plant remained idle. The report essentially assigned zero value to the plant, in which the company had invested between $500 million and $550 million.

Shareholders in the company challenged the debtors’ post-petition valuation and were able to obtain a hearing in front of the Bankruptcy Court on whether or not to appoint an equity committee. The debtors as well as an official committee of unsecured creditors and the U.S. Trustee objected to such an appointment.

The gist of the equity holders’ argument was that, when confronted with a volatile market and the problems surrounding the plant, executives at the company surrendered control to “a savvy hedge fund which specialized in distressed debt and who’s extremely knowledgeable of the bankruptcy court rules.” That hedge fund tried to use the bankruptcy proceedings to take over the company’s assets for less than adequate consideration.

Shareholders took particular issue with the zero valuation of the plant. A non-motivated valuation showed there was equity in the plant, they argued, “and therefore we deserve an equity committee to defend our interest in this business.”

The debtors and their supporters argued case law did not provide for the formation of an equity committee in the instant case.

The court sided with the shareholders. It acknowledged it was “going, frankly, out on a limb” in terms of the legal requirement that shareholders show a substantial likelihood of recovery to equity. It cautioned that its decision to allow an equity committee was not a decision on the likelihood of recovery. A series of inconsistent actions prompted the ruling. “To put it bluntly, something doesn’t smell right to the Court,” it said, referring to unexplained, “dramatic” adjustments in valuation in a short period. The court detected a “sufficient amount of ambiguity as to what’s right and who’s right.” All of these factors justified the formation of an equity committee in this case, the court concluded.