Employer Can Have Info about Whether Misclassified Workers Paid Tax 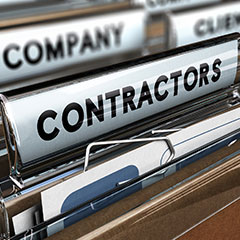 Recently, the U.S. Tax Court ruled that federal law doesn’t prohibit an employer from receiving information on whether workers paid tax on the income when the employer is looking reduce its tax liability on misclassified workers.

Background on the Ruling

In order to lower costs and administrative burdens, businesses often prefer to treat workers as independent contractors. However, the IRS may challenge an employer’s classification, and if an employer erroneously treats an employee as an independent contractor, the IRS may reclassify the worker. It’s important to get worker classification questions right, because the employer could owe unpaid employment taxes, interest and penalties, and may also be liable for employee benefits that should have been provided but were not.

Facts of the Recent Case

As part of an audit, the IRS reclassified many of the independent contractors in a New Mexico Native American tribe as employees. The tribe sought to avail itself of the relief provided in the Internal Revenue Code, which allows an employer who fails to deduct and withhold the tax on wages to escape tax liability if it can show that the workers paid income tax on their earnings.

To gather this information, the tribe asked each worker to complete IRS Form 4669 “Statement of Payments Received,” but it didn’t get the form back from many former workers who had moved, and from other workers who lived in hard-to-reach areas.

The tribe filed a lawsuit against the IRS asking the tax agency to provide information about whether 70 workers had reported the income on their personal income tax returns and paid their tax liabilities. If so, the IRS would have to reduce the tribe’s liability for failing to collect and pay withholding tax on the income.

However, there are some exceptions to the general rule. One of those exceptions, states that: “A return or return information may be disclosed in a Federal or State judicial or administrative proceeding pertaining to tax administration, but only…(B) if the treatment of an item reflected on such return is directly related to the resolution of an issue in the proceeding; [or] (C) if such return or return information directly relates to a transactional relationship between a person who is a party to the proceeding and the taxpayer which directly affects the resolution of an issue in the proceeding.”

The Tax Court concluded that the tax code did permit the disclosure of the tax return information requested by the tribe. It analyzed the code in pieces. First it asked: “What is a transaction relationship?” The court stated that to “transact” means simply “to carry on business.” Citing a large number of cases that looked at that question, it added that the wide variety of business relationships that other courts have held are transactional relationships led it to hold that the relationship between an employer and his worker is one that pertains to the carrying on of a business.

Finally, as to the issue of whether the return information affected the resolution of an issue in the proceeding, the court stated that it did. “If the Tribe’s workers did indeed pay their tax liabilities, then the Tribe’s Code Sec. 3402(d) defense would be proved and would be entirely resolved,” it explained. (Mescalero Apache Tribe, 148 TC No. 11, 4/5/17)

Because it can be difficult for businesses to obtain a signed Form 4669 from a worker, the court’s ruling could have a wide-reaching effect because:

In summary, this court ruling could often make the difference between the business being forced to pay the withholding tax even when the worker has already paid the corresponding income tax, and the business not having to make that payment. Your tax professional may request that the IRS provide information on the workers’ relevant tax payments, if your business is involved in a payroll audit. This court ruling can be used as support for this request.