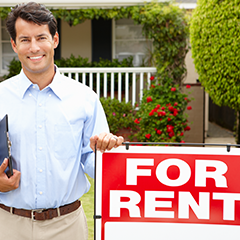 Due to depreciation write-offs and other allowable deductions, Maine real estate owners who rent their properties often incur tax losses. However, the ability to deduct those losses might be postponed indefinitely by the passive activity loss (PAL) rules. In general, these rules limit deductions for rental property PALs to the amount of income that you have from other passive activities, or until you dispose of the loss-producing property.

Rental property owners in Maine often have little or no passive income, unfortunately. However, if you qualify for one of the special exceptions to the PAL rules for small landlords or real estate professionals, you may be able to deduct losses in the year they’re incurred.

If you’re unsure if you qualify for one of the special exceptions, consider these recent U.S. Tax Court cases that help clarify the IRS guidance.

Despite Lack of Recordkeeping, Taxpayer Qualifies for Exception

It was recently concluded by the Tax Court that a taxpayer who kept poor records was able to provide sufficient oral evidence to qualify for the real estate professional exception to the PAL rules. (Beth Hailstock v. Commissioner, T.C. Memo 2016-146)

In this particular case, the taxpayer had quit her job with the City of Cincinnati and began buying real estate. Between 2005 and 2009, she had acquired over 30 properties that she rented (or attempted to rent). She spent more than 40 hours each week on the venture and had no other employment. Her tasks included: checking messages for work orders, purchasing materials and supplies, meeting with and conducting background checks on prospective tenants and supervising workers doing renovations. However, the taxpayer didn’t maintain records of the time she spent on these activities.

So, the Tax Court concluded that the taxpayer’s oral testimony was sufficient to establish that she qualified as a real estate professional and that she met the material participation standard for each of her rental properties by passing the facts and circumstances test. Specifically, her testimony established the substantial amount of time and money that she spent on the rental properties and her extensive and time-consuming duties in operating them.

What also favorably impressed the Tax Court was the fact that the taxpayer reported sizable amounts of rental income for the tax years in question. Therefore, she was allowed to currently deduct her rental real estate losses under the real estate professional exception, and she was only served a warning by the Tax Court to keep contemporaneous time logs in the future to prove how much time she spent on the rental properties.

Important note: The taxpayer didn’t elect to aggregate all of her rental properties into one activity for purposes of applying the PAL rules. Therefore, she had to meet the material participation standard for each individual property in order for losses from each property to be exempt from the PAL rules.

In another Tax Court decision, the taxpayers were a married couple who owned two rental properties: a former residence in Massachusetts and an interest in two apartment buildings in Cairo, Egypt. Here, the court concluded that the taxpayers didn’t qualify for the real estate professional exception. (Mahmoud and Jane Makhlouf v. Commissioner, T.C. Summary Opinion 2017-1)

The IRS had disallowed most of the rental losses on the grounds that the taxpayers didn’t qualify for the real estate professional exception. The Tax Court concluded that the taxpayers failed to prove that they spent more than 750 hours in real property rental activities in which they materially participated, because the hours summarized on their spreadsheets were inflated, duplicative and not supported by contemporaneous recordkeeping.

In another case, the Tax Court again sided with the IRS. Here, married taxpayers attempted to deduct losses from real estate activities, but the court concluded that the losses were limited under the PAL rules. (Mary and Bradley Hatcher v. Commissioner, TC Memo 2016-188)

Although the husband actively participated in managing the rental properties and had previously originated real estate loans, he didn’t originate any such loans during the tax year in question or maintain any records to show how much time he devoted to his real estate activities.

His oral testimony also showed that he did not pass the more-than-750-hour test. So, the amount of losses the couple could deduct was limited to any income earned from other passive sources. The taxpayers generated no passive income for the tax year in question, so the PAL rules disallowed any write-offs from the rental activities.

Exceptions to the PAL Rules for Rental Real Estate

Owners of rental real estate may qualify for two special exceptions to the IRS rules on passive activity losses (PALs). Those properties for which you qualify for either of these exceptions are exempt from the PAL rules, and you can generally deduct losses from those properties in the current year.

You’re allowed to currently deduct up to $25,000 of passive losses from rental real estate properties if you qualify for this exception, even if you have no passive income. You must own at least 10% of the property generating the loss, and you must “actively participate” with respect to the property in question, in order to qualify.

You don’t have to mow lawns or unclog drains to prove active participation. Instead, you must demonstrate that you exercise management control over the property by, say, approving tenants and leases, authorizing maintenance and repairs, and so forth.

You must spend more than 750 hours during the year delivering personal services in real estate activities in which you materially participate, to qualify for this exception. In addition, those hours must be more than half the time you spend working during the year.

Next, you’ll need to prove that you materially participate in one or more rental properties. Examples of simple ways real estate owners can prove material participation are:

Tax advisors can help you navigate the guidance and substantiate any allowable deductions for rental property losses. For more information in determining whether your Maine real estate activities qualify for special exceptions to the PAL rules, or assistance in deducting losses from rental properties, contact Filler & Associates or your tax advisor.