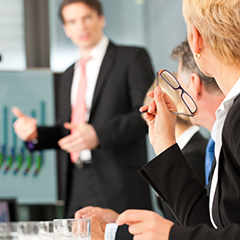 In an important ESOP decision, the court dismissed claims that the defendants had committed breaches of fiduciary duty and engaged in a prohibited transaction. The case turned on the soundness of the fairness and valuation opinions a nationally recognized valuation firm had issued when it served as the financial advisor to the ESOP trustee.

The dispute revolved around a 2003 transaction by which the subject company (Antioch) bought all of the outstanding shares of its stock held outside its employee stock ownership plan. The purchase was part of a tender offer transaction that left the company 100% ESOP-owned.

Antioch was a family business operating as an S Corporation. Its core business was direct marketing of scrapbooks and accessories through its subsidiary, Creative Memories (CM). The defendants included family members who then served on the company’s board of directors and/or the internal ESOP advisory committee and who held non-ESOP shares.

The transaction was driven by concerns over the company’s S Corp distribution plan, corporate income tax savings, and maintaining governance control in the family.

Because the transaction contemplated the issuance of warrants, which only the company could do, the company, not the ESOP, was to purchase the non-ESOP shareholders’ stock. Therefore, no ESOP assets would be in play in the transaction.

Both financial advisors performed their own due diligence and concluded the 10-year projections company management provided were reasonable and reliable.

In essence, the company offered to pay $850 per share for the non-ESOP shareholders’ stock. After D&P confirmed that the deal was fair and reasonable to the ESOP, the transaction closed.

Even though the company’s stock price rose immediately following the transaction, the company eventually was forced to declare Chapter 11 bankruptcy.

The court found in order to rule on the liability claims it needed to determine the soundness of D&P’s fairness and valuation opinions. Both sides offered testimony from veteran valuation experts.

The plaintiffs’ expert found D&P insufficiently accounted for industry-related and company-specific risks and overvalued the company. The expert performed five DCF analyses. Four studies used significantly lower 10-year revenue projections than D&P had used; one analysis used a significantly higher discount rate. As a result, the plaintiffs’ expert achieved a much lower value per share, ranging from $315 to $590. He said the most reasonable and reliable value immediately prior to the transaction was $500 per share.

The plaintiffs’ expert also faulted D&P for insufficiently accounting for the company’s repurchase obligation, requiring it to redeem the stock of an unusually large number of employees opting to leave the company right after the transaction. As he saw it, a post-transaction valuation that factored in the obligation would have resulted in an additional drop-in value, resulting in a $468-per-share value. This meant an additional $7.1 million in damages to the ESOP participants, he concluded.

The defense expert strongly disagreed with the opposing expert’s assessment. He concluded D&P followed a “methodologically sound and customary” process and its fairness and valuation opinions were “reasonable and appropriate.” He pointed out that D&P used projections that were significantly lower than management’s projections, even though a number of advisors at the time of the transaction considered management’s projections reasonable. D&P’s downward adjustments resulted in “a very conservative valuation of Antioch,” the defense expert found.

He approved of D&P’s DCF analysis, noting the WACC it applied was conservative from a valuation perspective. His own analysis showed that the FMV would have been $932 per share—higher than D&P’s value conclusion.

At the same time, the defense expert discovered grave flaws in the analysis of the plaintiffs’ expert. For example, he noted that valuators typically account for industry- and company-specific risks in conservative financial projections and their WACC, as D&P had done, not by way of line-item deductions from value for each of the risks.

Four of the opposing analyst’s DCF models used improper cash flow projections, he asserted. The fifth analysis included a discount rate that incorporated a “completely subjective and unwarranted 5% CSRP” and applied it to revenue projections D&P had already downward adjusted, he pointed out.

Had the plaintiffs’ expert done a comparable company analysis, he would have realized his DCF value conclusions were unsound, the defense expert said.

The court found the “credible and persuasive” defense expert testimony showed “no more than fair value market value was paid for the non-ESOP shareholders’ stock.”

Because D&P’s fairness and valuation opinions were valid, the court cleared the defendants of all liability.