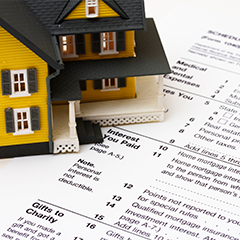 The Basics of Section 179 Deductions

Under the Protecting Americans from Tax Hikes (PATH) Act of 2015, the Section 179 deduction for qualified real property expenses was made permanent. However, claiming this deduction isn’t a no-brainer. This article will explain some of the pros and cons.

The Sec. 179 deduction allows you to write off qualified expenses in the year your related Maine business asset or property is placed in service, rather than depreciating it over a period of years. For tax years beginning in 2016, the maximum Sec. 179 deduction is $500,000. For 2017, it increases to $510,000, thanks to an inflation adjustment.

Also, you aren’t allowed to use Sec. 179 deductions to cause an overall tax loss for the year.

Finally, if you operate your business as an S corporation, partnership or limited liability company (LLC) that’s treated as a partnership for tax purposes, things can get complicated because the Sec. 179 deduction limitations apply at both the entity and individual levels.

Qualified improvement property costs. These include interior building costs for nonresidential buildings. Certain interior costs are excluded, such as the cost of elevators and any interior structural framework of the building. The improvements must be placed in service more than three years after the date the building was first placed in service. The property in question must have been leased for the 2016 deduction.

Qualified retail improvement costs. These include nonresidential building interior costs for a building that’s open to the general public and used to sell tangible personal property. Certain interior costs are excluded, such as the cost of elevators and any interior structural framework of the building. The improvements must be placed in service more than three years after the date the building was first placed in service.

Following the “regular” IRS depreciation rules would generally require the cost to be written off, straight-line, over 39 years. In contrast, claiming a Sec. 179 deduction for a qualified real property expense allows the cost to be completely written off in the first year. So, there’s a significant timing advantage to claiming Sec. 179 deductions.

But there’s also a potential downside for real estate gains recognized by individuals: Gains attributable to Sec. 179 deductions will count as ordinary income when the real property is eventually sold.

Ordinary gains recognized by individual taxpayers are taxed at higher rates than long-term capital gains. Under the current rules, the maximum federal income tax rate on an individual’s ordinary income is 39.6%. In addition, the 3.8% net investment income tax (NIIT) may apply.

The maximum rate on an individual’s ordinary income would fall to 33% under tax reform proposals, and the 3.8% NIIT might be abolished as part of the repeal of the Affordable Care Act. As of now, however, we don’t know when or if these proposals will become law.

Under the Trump administration and Republican-controlled Congress, there is much uncertainty about the tax changes that might become law as well as the timing of those changes. However, it’s likely that ordinary real estate gains attributable to Sec. 179 deductions that are recognized by individuals will continue to be taxed at higher rates than long-term real estate gains that are attributable to regular depreciation deductions.

Therefore, claiming Sec. 179 deductions for real estate expenses will continue to have a downside when the related property is sold. So, you’ll need to weigh that potential downside against the benefit of getting first year write-offs under the Sec. 179 deduction.

Key Point: Under the current rules, long-term real estate gains recognized by individuals that aren’t attributable to Sec. 179 deductions or regular depreciation are generally taxed at either 15% or 20%. Under tax reform proposals, those rates are expected to continue.

Real estate gains recognized by C corporations are taxed at the same rates regardless of whether they’re considered capital gains or ordinary income, under the current IRS rules. So, there’s currently no downside to a C corporation claiming Sec. 179 deductions for real estate. It’s uncertain whether this will continue to be true under any tax reform legislation that may be signed into law.

Your tax advisor is atop the latest rules and can help you make the most of depreciation-related deductions on your 2016 tax return and in later years. Before taking Sec. 179 deductions for qualified real property expenses, it’s important to understand what expenses qualify and what limitations may apply, along with any potential downsides.