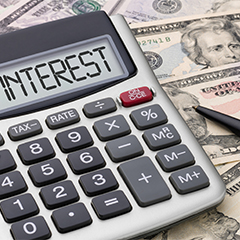 Prior to filing for Chapter 7 bankruptcy, the debtor, who owned a stake in a family business, transferred his share to his father, the co-owner. Subsequently, the Chapter 7 trustee proved the transfer was a fraudulent conveyance, and the court declared it a dissociated interest belonging to the estate. Litigation followed as to the trustee’s authority over the interest and as to its value. Recently, the Bankruptcy Court ruled on the best valuation methodology, the parties’ challenges to expert testimony, and the appropriate valuation date.

In 2000, the debtor and his father formed a company that sold and repaired boats. Each man owned 50%. An operating agreement restricted membership and the transferability of membership in the company; it provided that certain events, including bankruptcy, could terminate the interest holder’s membership. If that occurred, the dissociated member would receive the distributions to which he was entitled prior to the event, as well as the fair market value of the interest as of the date of the dissociating event. Although the mother was not an owner of the business, she in effect directed it. The father and mother owned the land and buildings the company used and leased them to the business.

During the financial crisis, the company struggled. Its problems were compounded by the debtor’s financial problems with other investments. The mother made substantial loans to keep the company afloat. The father and debtor received salaries, but the company never made sufficient profit to make distributions to its owners.

In fall 2010, the family decided to “take [the debtor] out of [the company].” In summer 2012, two months after signing a dissociation agreement that made the father the sole owner of the company, the debtor filed for Chapter 7 bankruptcy. A former business partner then sued the debtor, alleging the transfer of his interest in the boat business was fraudulent. Ultimately, the Chapter 7 bankruptcy trustee, who was substituted as the plaintiff in that suit, won on the fraud claim.

Litigation between the family and the trustee ensued. The family claimed it was “impracticable” to operate the business without a nonfamily member. It asked the court to dissolve the company, distribute its assets, and assign zero ($0) fair market value to the debtor’s interest. The trustee objected to the dissolution of the company and the zero valuation. He argued that Section 363(h) of the Bankruptcy Code authorized him to sell the estate’s and family’s interests in the company.

Throughout the company kept operating as before.

The court ultimately found the estate held the debtor’s dissociated interest. In October 2015, a trial as to its valuation took place. Both sides presented expert testimony and claimed the opposing expert’s opinion was inadmissible under Daubert.

The family’s expert, an experienced CPA who stated he had 20 years of experience advising clients on whether to buy businesses, said there was “no template for valuing a boat dealership.”

He decided to value the contested interest on the date the debtor filed for bankruptcy (2012) and based on the expert’s understanding of the operating agreement. He also spoke with the family’s lawyers and accountants and reviewed relevant financial statements. Moreover, he reviewed and critiqued the opposing expert’s report.

He explained he typically conducted two types of valuations. One was a calculation report, which represented a less formal valuation for which the appraiser and the client decided on the methodology. The other kind of valuation was a conclusion of value, which was more comprehensive and typically used multiple valuation approaches. Given the company’s financial condition here, he decided to perform a calculation of book value only, which required him to total the company’s assets and liabilities and subtract the latter from the former. Based on the available financial information, he found that the full value of the company not including repayment of the mother’s loans in full was -$195,000. If there were repayment of the loans, the value would be -$580,000, the expert said. Under either scenario, the dissociated interest, which was held by the estate, was worthless.

The expert pointed to multiple risks related to the informal way in which the business was run. They made it unlikely that a hypothetical buyer would purchase the debtor’s interest in the company, the expert said. For example, the company had no employment contracts and no noncompete agreements; it also did not have a formal lease. The debtor could leave the business and set up a competing business, the expert noted. He pointed out that the father’s salary was considerably below market value. And, he said, the only reason the mother had not asked for repayment of the loans was because the company was a family business.

The trustee’s expert, an experienced CPA and business valuator, submitted two expert reports. One was based on a valuation as of the date of the transfer of the interest to the father (pre-bankruptcy). The other valuation was based on values as of March 2015—about six months prior to the valuation trial. The expert testified as to the most recent report only. He relied on the company’s business records and on information resulting from consultation with the trustee only.

He noted that the company’s performance and prospects were not as dire as the opposing expert portrayed them. After the debtor’s transfer of his interest, the business in fact showed improved sales. The most accurate way to value a going concern was to use a discounted cash flow (DCF) analysis, he said. To calculate cash flow, he assumed that the company’s operating costs, salaries, rent, and debt would remain constant or vary at a predictable rate. He developed the discount rate by combining the standard 20-year Treasury yield, a common stock equity premium, and by accounting for risk factors specific to the company’s being a family business that was closely held and not publicly traded.

He furnished the court with a table illustrating how changes in the growth rate and discount rate affected the company’s value:

The trustee’s expert concluded the company was worth $403,000 assuming a 22% growth rate and discounting cash flow by 25%. Therefore, the dissociated interest belonging to the estate was worth $201,500.

The trustee’s expert admitted on cross-examination that he had not been aware of other risk factors specific to the company, which, he allowed, could lower the valuation. For example, he did not know about the company’s lack of a formal lease, threats from floor plan lenders to leave (one had already left), and the loss of a boat manufacturer. His valuation also did not factor in the repayment of the mother’s loans even though they appeared as debt on the books. He decided that, since the loans were no longer accruing interest, they did not “act” like debt and for purposes of the valuation should not be treated as debt that was due immediately.

The family’s expert critiqued the use of the DCF analysis in this instance. The company was in financial distress, he claimed. In this situation, it was “nonsensical” to use a valuation approach that envisioned payments to equity holders.

At different stages in the trial, the trustee challenged the court’s authority to value the interest, arguing the value should be based on the trustee’s sale of the asset. At that time, the court dismissed the objection. After trial, the trustee filed a motion for a new trial or to reopen the record based on new information that, he said, could affect the value of the company. Specifically, the family had filed a malpractice suit against the attorney who had advised the debtor to transfer his interest in the company. The trustee claimed the lawsuit was an asset of the company, and the family had an obligation to disclose it as part of the valuation process. The family countered the interest held by the estate did not entail any managerial rights.

In ruling on the trustee’s motion, the Bankruptcy Court resolved the following valuation issues.

Authority to value debtor’s interest. The court reminded the parties that the interest held by the estate was that of a dissociated member. It became dissociated as a result of the bankruptcy filing, but it was recovered by the trustee after the bankruptcy filing. State and bankruptcy law provided for the court to value the interest, the Bankruptcy Court decided. Among other provisions, it pointed to the state’s LLC Act, which requires the LLC to purchase or “cause” the purchase of the dissociated interest. “Valuing that interest is part of causing the purchase,” the court said. The family had a right to a determination of the value of the LLC interest that it had to purchase.

Challenges to expert testimony. The Bankruptcy Court rebuffed both sides’ Daubert challenges. The family claimed the trustee’s expert did not use the most recent financial information and did not interview the family members; therefore, his valuation was unreliable and irrelevant. The trustee contended the valuation the family’s expert provided was inadmissible because he used an improper methodology and the wrong valuation date.

The court said both witnesses were experts in business valuation and their testimony was helpful to the court. Both appraisers supported their analysis with financial documents, and both used widely accepted methods. Both also explained why they chose the method they used and explained what was wrong with the other expert’s approach. Their testimony was admissible.

Valuation date. The court observed that the facts of the case presented a conundrum in terms of the valuation date. What’s more, there was no state case law on point, the court noted. Under the company’s operating agreement, the dissociated member had a right to distributions and the fair market value of his interest in the company as of the date of the dissociating event, the court observed. The value of the distributions was zero ($0). The company’s liquidity problems prevented it from making distributions in the past, and the trustee did not even argue that the estate was owed outstanding distributions.

The court noted that the parties were litigating since the court’s earlier ruling that the debtor’s membership was a dissociated interest. However, the company kept operating as if the dissociating event never occurred. There was evidence that its business actually was improving. Since neither the state’s LLC statute nor case law considered this sort of dissociation event, the court looked to a Montana case with a somewhat similar fact pattern for guidance. Based on that case, the court in the instant case decided the most sensible approach was to designate the trial date as the date of dissociation and valuation.

Valuation methodology. Using the trial date as the valuation date, the court found the DCF analysis the trustee’s expert proposed was the better approach for valuing the contested interest. For one, the trustee expert’s valuation was nearer to the date of trial. Also, the expert valued the company as a going concern, which made sense considering the business continued to operate and improve.

The family expert’s valuation was based on data that were over four years old, the court observed. The expert failed to provide the court with any evidence of how that data could or would change over time. Also, valuing the interest at a fixed point in the past was “inconsistent with the ongoing actions of the members of [the company],” the court pointed out.

But the court gave a nod to the family expert when it made adjustments to the trustee expert’s valuation. It noted the failure of the trustee’s expert to consider certain risk factors specific to the company, which, by the expert’s own admission, might decrease the anticipated profits. Consequently, the court decided to discount cash flow by 30%, one percentage point over the highest rate the trustee’s expert used, and to lower the growth rate to 21.5%, as opposed to the 22% rate the expert had assumed for his valuation. The adjustment resulted in a value of $210,000 for the company and a value of $105,000 for the dissociated interest.

In conclusion, the Bankruptcy Court ordered the company to purchase the dissociated interest for $105,000. Payment of that amount to the estate would extinguish the interest, the court said.