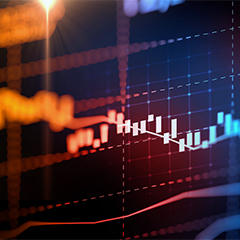 The Joint Committee on Taxation (JCT) is a nonpartisan Congressional committee that, among other things, assists in the analysis and drafting of proposed federal tax legislation and prepares reports that interpret newly enacted federal tax legislation. The JCT recently issued the Overview of the Federal Tax System as in Effect for 2016. Here are some interesting trends about business taxes, along with the details of that report.

In the U.S., the federal income tax treatment of a domestic business operation depends on how it’s set up. A business’s “choice of entity” has broad implications, including:

You have five basic options when deciding how to set up a business:

2. C corporation. C corporation owe corporate-level federal income tax on taxable income (and possibly state income tax, too), because businesses that incorporate are treated as separate legal and taxable entities apart from their owners. If after-tax amounts are distributed to shareholders, the distributions may constitute dividends that are taxed again at the shareholder level, resulting in double taxation.

A major advantage of C corporation status is that the shareholders’ personal assets are generally protected from liabilities related to the corporation’s activities. In addition, C corporations face no tax-law restrictions on the type and number of shareholders it can have, the citizenship of its shareholders or the classes of stock it can issue.

Generally, multimember LLCs have more than one member (owner) and are treated as partnerships for federal income tax purposes. As such, they have the same tax advantages as partnerships (see next section).

5. Partnership. This is a joint venture between at least two partners, and partnerships enjoy the benefits of pass-through tax status, including substantial flexibility to arrange transactions to reduce taxes. A partnership’s income, gains, losses, deductions and credits are passed through to its partners and reported on their returns. However, a partnership can (within limits) make disproportionate allocations of tax items (so-called special allocations).

There aren’t any tax-law restrictions on who can be a partner. In addition, there’s no partnership-level income tax.  In many cases, partnerships and partners can find ways to swap cash and other assets back and forth without triggering taxable gains or other adverse tax consequences.

Here’s a summary of the returns filed for each of the five types of business entities:

The following trends have been observed from the JCT report:

Statistics showing federal income tax receipts by type of entity as a percentage of total receipts are also included in the JCT report. Corporate receipts over the 35-year period dropped from 15% to 10.6%, which is nearly a 30% drop. The drop is even more dramatic looking back to 1952, when the corporate income tax generated 32.1% of federal income tax revenue.

The rise of sole proprietorships and pass-through entities (S corporations, partnerships and LLCs) shows that an increasing share of economic activity is being conducted by these forms of businesses. It also shows that an increasing share of business income is being reported on individual tax returns rather than on corporate returns where it’s potentially subject to high rates and double taxation. However, some commentators have speculated that this makes tax reform even more challenging because there’s not a clear separation between business and individual taxation. In other words, it’s difficult to reform business taxes without also reforming personal taxes (and vice versa).

Often, business tax reform proposals focus on the corporate federal income tax and the fact that the U.S. statutory rate (35% for a highly profitable corporation) is significantly higher than the rates in most other developed countries. Reform proposals tend to call for lower corporate tax rates and a broader tax base. However, some business groups assert that lowering the corporate rate without a corresponding decrease in the individual rates on pass-through business income would be unfair.

We’re likely to see major tax changes in 2017 as a result of the election. Congressional Republicans are eager to implement tax reforms within the first 100 days after President-elect Trump’s inauguration. However, at this point it’s uncertain exactly which changes will make it through Congressional negotiations or when the changes will go into effect.

There is Uncertainty Ahead

Corporate tax reform could change the trends reported by the JCT in the future. As you plan for next year, discuss the latest tax reform proposals with your tax advisor. In today’s evolving tax environment, it’s important to be nimble and knowledgeable.

Today’s existing tax laws generally treat C corporations unfavorably, from high corporate tax rates to double taxation. This situation over the last 35 years has led many businesses to rethink how they’re operated and switch to alternative pass-through structures, including S corporations, partnerships and LLCs. Additionally, many sole proprietorships have shied away from incorporating to avoid unfavorable tax treatment.