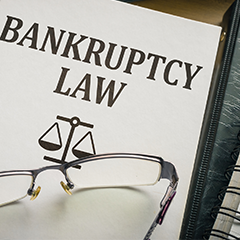 After filing for Chapter 11 bankruptcy, the plaintiff claimed the sale of certain subsidiaries to the defendant entities was an avoidable fraudulent transfer. The Bankruptcy Court considered the valuations the parties’ experts presented at trial for the subsidiaries “useful but not determinative.” Without ascribing a value to the subsidiaries, the court found the sales price met the “reasonably equivalent value” requirement. The appeals court ordered the Bankruptcy Court to revisit the issue adopting an “objective creditor’s perspective” rather than the subjective view of the debtor’s management.

The plaintiff was a title agency with operations in Colorado, California, Arizona, and several other states. It experienced serious financial trouble when the housing market buckled. In April 2008, the plaintiff executed a credit agreement, as part of a $45 million loan, that was secured by most of its own and its subsidiaries’ assets, including accounts receivable. In July 2008, the lead creditor swept $40 million from the plaintiff’s accounts. Based on this event and other considerations, the plaintiff’s management stopped doing business in 161 locations and closed many subsidiaries.

Management believed that four successful Colorado-based subsidiaries would make a great target for a swift acquisition. But when it proposed a sale to their largest underwriter, First American Title, the latter declined the offer. By contract, the plaintiff had an obligation to obtain First America’s consent to a sale of the subsidiaries to a third party. Management subsequently proposed a quick sale of stock in the subsidiaries to the defendant entities. Within days, the parties executed a purchase agreement that specified a purchase price of $5 million to be paid in cash. The defendants immediately wired $1 million of the amount and took control of the Colorado subsidiaries that same day. A day later, they wired an additional $1.48 million toward the purchase price. But slightly over $2.5 million of the purchase price remained outstanding. Twenty-three days after the sale, the plaintiff filed for Chapter 11 bankruptcy.

Subsequently, the plaintiff sued the defendants in Bankruptcy Court on various grounds. One of the claims was that the plaintiff should be able to recover the value of the Colorado subsidiaries because it received less than the “reasonable equivalent” value for the businesses and was insolvent on the date of transfer. Since both parties agreed on the insolvency issue, the court focused its ruling on the “reasonably equivalent value” issue.

At trial, the parties’ experts adopted a similar valuation approach (discounted cash flow analysis), but their conclusions were “vastly different.” In a nutshell, the plaintiff’s expert assumed there was no need to conduct an immediate sale. The Colorado subsidiaries could have stayed in business for 30 to 60 days to get to a sale, the expert said. In contrast, the defendant’s expert built his valuation on the immediacy of the sale and the plaintiff’s financial distress on the transfer date. The plaintiff’s expert found the subsidiaries’ stock had a positive value of nearly $15 million, whereas the defendants’ expert concluded it had “negative value.”

In its original decision, the court found neither expert report was “wholly determinative.” The plaintiff’s expert failed to show that a less rushed sale would have yielded an additional $10 million; the defendants’ expert improperly excluded certain revenue from his calculation and failed to consider that the defendants were willing to pay $5 million for the subsidiaries and indeed considered the deal a good one. According to the Bankruptcy Court, one valuation appeared “excessive” and the other “too low.”

The court noted that, without a doubt, the debtor received some value, in the form of the payments from the defendant. The circumstances of the sales suggested the plaintiff’s officers held the mistaken belief that they had to sell the subsidiaries immediately, when, in reality, the plaintiff had access to sufficient cash to cover impending liabilities such as payroll so as to avoid punitive actions from the state’s department of insurance. According to the Bankruptcy Court, the company’s president panicked, but he also “desired an immediate sale.” Management received what it asked for, the court said. It concluded that the sale produced reasonably equivalent value and, therefore, was not avoidable.

Both sides appealed the decision with the district court based on various grounds. One of the issues the appellate court ordered the Bankruptcy Court to reconsider was whether the company had received reasonably equivalent value for the subsidiaries under the fair market value standard of value—thus excluding subjective factors such as management’s view of the state of the company at the time of the transfers.

On remand, the plaintiff contended its expert was the only one who proposed a fair market value calculation. Accordingly, the court should credit this expert’s $15 million valuation.

The Bankruptcy Court was not persuaded. The plaintiff’s expert failed to consider negative factors in his analysis that affected the fair market value analysis, the court noted. They included the cash sweep and the resulting closure of non-Colorado subsidiaries. Also, at least 27 major lender customers stopped doing business with the Colorado subsidiaries. And, at the time of transfer, there was a real risk of a “mass exodus” of employees of the Colorado subsidiaries if there was no quick sale. Moreover, First America, the largest underwriter, had the ability to block a sale to a third party. And the plaintiff’s expert failed to explain a key assumption: that the company could have continued to operate another 30 to 60 days.

On remand, the defendants claimed the fair market value was $2.5 million, the amount the defendants actually had paid toward the agreed-upon price. Revisiting the defendant expert’s valuation, the court noted his analysis, too, was defective. The expert assumed an immediate sale was necessary when there was evidence that it was not.

The court noted two factors that guided its modification of the plaintiff expert’s $15 million valuation:

1. DLOM. The plaintiff’s expert applied a 10% discount for lack of marketability (DLOM), which he described as “net of control premium.” He started from the premise that the plaintiff was selling 100% ownership of its shares in the Colorado subsidiaries. “The more control one has, the more marketable the shares are,” the plaintiff’s expert said. Moreover, the company was able to continue as a going concern for “30 to 60 days.”

On remand, the plaintiff suggested that, if the court took issue with its expert’s assumption on timing, it should apply the 30% DLOM the opposing expert had used.

The court did just that. It found a 10% DLOM was too low. The company did not have as much control as the plaintiff’s expert assumed, considering its contractual obligation to obtain First America’s consent to a sale. The use of a 30% DLOM lowered the valuation to a little over $11.7 million.

2. Capital structure. On remand, the plaintiff allowed that its expert had developed a capital structure based on “what a hypothetical buyer would hold, not what the [subsidiaries] or the [parent company] historically held.” For purposes of valuation, the plaintiff admitted, “any comparative analysis should be considered together with a review of the company’s specific and relative financial situation.”

Specifically, the plaintiff’s expert used a 30.28% debt structure, which he said was the middle ground between the 6.38% then-current year mean and the five-year average of 36.83% stated in the Ibbotson Cost of Capital Yearbook. He said the title companies historically carried debt of between 25% and 30%, in the form of intercompany payables. At the same time, he clarified that the title companies themselves did not hold debt; rather, the debt was held at the parent company level.

The defendants’ expert found the Colorado subsidiaries did not have a lot of long-term debt and the industry itself did not require a lot of it. He found the weight of the debt should be 6.38% based on Ibbotson’s yearbook.

The court adopted the defendant expert’s analysis because he adhered more closely to the applicable legal standard and considered the unique circumstances of the Colorado subsidiaries and the title industry as a whole, instead of using only book values, as the plaintiff’s expert had done. The experts’ different capital structures resulted in a $3.2 million difference in value. In adjusting the plaintiff expert’s valuation, the court subtracted that figure from the $11.7 million to arrive at an $8.5 million valuation. This amount represented the maximum value the court was able to ascribe to the Colorado subsidiaries, the court said. In other words, the evidence showed a range of value between $5 million and $8.5 million for the subsidiaries.

Considering all the factors in play—fair market value, an arm’s-length transaction, and the parties’ good faith—there was no reason to undo the sale of the Colorado subsidiaries, the court concluded. Even if the applicable value of the subsidiaries were $8.5 million, the defendants simply got a good deal, the Bankruptcy Court added.