A Closer Look at the Market Approach 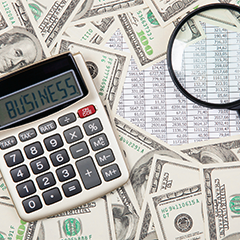 When valuing a business, there are three approaches: the cost, market and income approaches.

In this article, we focus on the market approach, which the International Glossary of Business Valuation Terms defines as:

There are two methods that generally fall under the market approach umbrella:

1. Guideline Public Company Method. This method is often used to value larger private firms that might consider going public. It derives pricing multiples from publicly traded stock prices of companies that are engaged in the same or similar lines of business.

One advantage of using public stock prices is the abundance of relevant financial data. More than 16,000 companies file reports with the Securities and Exchange Commission (SEC). In addition, many of these entities have market capitalizations of less than $10 million, making them comparable in size to most private firms.

If the subject company differs significantly from the guideline comparable companies in terms of size, growth, risk and financial performance, then adjustments should be made to pricing multiples. Company financial information also may require adjustment for unusual or nonrecurring items, as well as for differences in accounting practices between the subject company and its comparables.

2. Guideline Merger and Acquisition Method. This method derives pricing multiples from sales of entire companies engaged in the same or similar lines of business. Some guideline transactions involve controlling interests in public companies, but most involve private firms, which are not required to publish their transactions to the SEC. Instead, the sales are recorded in private transaction databases.

Appraisers should understand exactly what’s sold (equity, assets or invested capital) and the terms of the deal (such as installment payments, earnouts, non-competes or employment agreements), when using these databases.

Duplicate transactions may result from mixing comparables from multiple transaction databases. Or it might result in apples-to-oranges comparisons, if the appraiser doesn’t understand how the database defines financial terms or what’s included in (or excluded from) the selling price.

The market approach derives pricing multiples from guideline comparable transactions regardless of whether an appraiser uses the guideline public company or guideline merger and acquisition method. These pricing multiples are adjusted and applied to the subject company’s future earnings.

In other words, the market approach establishes a relationship between the selling price and some financial metric. The most familiar multiple for a layperson to imagine is price-to-earnings. But a closer look reveals that “price” and “earnings” can refer to very different numbers in a transaction. Selling price could include only assets, equity or invested capital (both debt and equity financing). In turn, the price could be related to a variety of financial metrics, such as:

Valuators often use graphs to illustrate the relationship between price and the guideline companies’ financial metrics. Statistics can help demonstrate which pricing multiples are the most reliable, based on their standard deviations, coefficients of variance and other statistical measures. The appropriate pricing multiple varies depending on the unique attributes of the subject company, industry value drivers — and your appraiser’s professional judgment.

Easy in Theory, Complex in Practice

Due to such complexity, do-it-yourself appraisals are considered perilous. Instead, hire a credentialed appraiser who will carefully research and analyze public and private market data to arrive at an acceptable estimate of value.