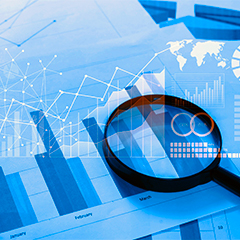 The Tax Court amended its prior ruling on transferee liability by determining that the taxpayer company was solvent a year longer than the court originally had found. In so doing, the court acknowledged errors that had crept into its earlier assessment and it used the opportunity to explain its valuation in greater detail than it had done in its original decision. Ultimately, however, the revised solvency determination did not change the outcome of the case.

Prior ruling. The petitioners were two minority shareholders of a Florida concrete company that was insolvent by the end of 2007. The company was under the control of two majority shareholders who, from 2003 to 2007, siphoned off most of the company’s cash. Subsequently, an Internal Revenue Service audit found the company owed more than $120 million in taxes, penalties, and interest. Since it could not pay, the IRS instituted an installment plan requiring monthly payments of $70,000 per month (for more than 150 years!). Under the Internal Revenue Code’s Section 6901, the IRS also went after the shareholders to recover as much as possible for alleged illegal money transfers. While the IRS reached agreements with the majority shareholders as to the recovery under transfer liability, the petitioners challenged the agency’s claims in the United States Tax Court.

At issue were several payment transfers to the petitioners, which the IRS claimed represented if not active than constructive fraud. Under the latter theory, the IRS had to show that the company received less than reasonably equivalent value for the transfers at issue and the company was insolvent at the time of transfer. The contested transfers included dividends the company gave to all the shareholders based on the percentage of stock ownership in 2005, 2006, and 2007.

At trial, the IRS’s expert explained the best method for determining solvency in this case was the “asset accumulation approach.” Based on this method, he valued the company at the price a willing buyer would pay for the company’s tangible assets and land. He said he did not believe the company had intangible assets of value. He concluded that the company was insolvent at all times during the five years at issue.

The petitioners’ expert used three methods—a discounted cash flow analysis, a guideline public company analysis, and a guideline company transactions analysis—which he weighted evenly to compute a weighted market value of invested capital. From that value, he subtracted debt and liability to arrive at an equity valuation.

In its original ruling, the Tax Court found there was constructive fraud. It ruled the company was insolvent in 2005, 2006, and 2007, once it made dividends to the shareholders. The court added that the company “likely did not receive reasonably equivalent value” for payments to the petitioners. Consequently, the petitioners were liable as transferees for 2005, 2006, and 2007, the Tax Court held.

The court’s ruling did not include a detailed valuation discussion, but the ruling suggested the court’s solvency determination was informed by the IRS expert’s asset accumulation valuation. (An extended discussion of Kardash v. Comm’r, 2015 Tax Ct. Memo LEXIS 69, along with the court’s opinion, is available at BVLaw.)

The court, revisiting the solvency issue, said “for the sake of clarity, we deem it necessary to discuss our valuation in greater detail than we did previously.” It clarified that, although the IRS’s expert had recommended the use of the asset accumulation value, the court instead decided to rely “largely” on the expert’s market multiple valuation. The latter approach valued the company as a going concern and factored in intangible assets, which the court said it believed the company in fact had.

The court admitted that it previously had used the wrong estimates as to the company’s tax liabilities and had stated the IRS expert’s business enterprise value incorrectly. All told, adopting the IRS expert’s market multiple calculation, the court ruled that the company had a negative equity value of over $12.3 million on the January 2006 transfer date and remained insolvent through March 2007. But the company was not insolvent in 2005.

At the same time, the court noted that the company’s solvency in 2005 did not change the fact that the 2005 payments to the petitioners were constructively fraudulent. The reason was that they were part of a series of transfers that “in total” left the company insolvent, the Tax Court explained. The transfers, beginning with the 2005 payments, were not for reasonably equivalent value and rendered the company insolvent. Accordingly, the Tax Court declined to change its prior liability ruling.

« Start of the New Federal Overtime Rule Faces Opposition
Relief from Student Loan Debt: What Are the Tax Implications? »