A New Twist on Personal Goodwill in Divorce Cases 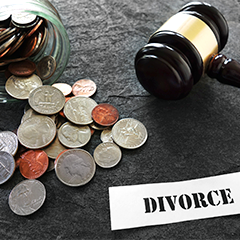 A question presented in a Wisconsin case could have a far-reaching impact on divorce valuation; should salable (transferrable) personal goodwill remain in the marital estate in a divorce?

Tim McReath was a successful orthodontist in Wisconsin, and he had purchased his practice from another retiring orthodontist several years prior to his divorce. The lower court affirmed the value assigned to the practice by the wife’s valuation expert. It clearly included both entity (enterprise) goodwill and personal goodwill.

Personal goodwill is the goodwill which attaches to an individual due to his/her specialized skills, knowledge, contacts, reputation, etc. Then the Supreme Court affirmed the lower courts’ decisions, including the salable personal goodwill in the marital estate. It commented as follows:

In addition, the Supreme Court of Wisconsin found that it wasn’t “double counting” to allow all of Tim’s earnings to be used when determining a maintenance (alimony) award for his wife. Once again, the Supreme Court found no prohibition against doing so and didn’t adjust Tim’s earnings for maintenance to account for the fact that the salable personal goodwill is included in the marital estate (McReath v. McReath, 2011 WI 66, 2009AP639.)

Salable personal goodwill had not been clearly delineated until the McReath case, even though the inclusion of it has been implied in a number of cases in other states. Although this case doesn’t serve as a precedent in other states or jurisdictions, it may be used in arguments on whether transferrable (salable) personal goodwill should be included in the marital estate in a divorce. For most states and jurisdictions this is a relatively new territory, and one that bears watching.

However, it’s important to note that the orthodontic practice in McReath had been purchased several years prior to the divorce. This arm’s length transaction could have made it easier for the wife to substantiate the value of salable goodwill.

Currently, if an owner’s earnings are used to determine maintenance, many states specifically exclude personal goodwill from the marital estate. The potential bifurcation of personal goodwill into its salable and non-salable (“pure”) elements is sure to complicate the valuation process in a divorce setting even more. Determining the relative values of enterprise and personal goodwill in a total value of goodwill for a company is already difficult enough for a valuation analyst.

A valuation analyst may be required to divide total goodwill of the company into three pieces if the third component is added. There are accepted methods to determining this breakdown, but they are generally subjective. It is important that the methods be clearly explained and supported by the valuation analyst.

Divorce valuation has traditionally been a battle of the experts, but the stakes were raised again in the wake of the McReath case. In divorce cases, it’s important to hire a credentialed business valuator who’s familiar with the legal precedent in your jurisdiction.