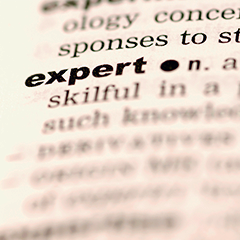 A Daubert attack in which the challenger threw every possible objection at the plaintiff expert’s damages testimony fizzled. The opponent claimed the expert revealed a lack of understanding of critical aspects of patent law, and it suggested his use of a software program to calculate future damages somehow compromised the calculation. The court rejected those and other arguments. But the case serves as a reminder that any statement an expert makes at any stage in the litigation may be used against him or her.

To determine lost profits, the plaintiff retained an experienced CPA and credentialed business valuator, who said he often spent over 50% of his time on patent litigation matters.

One issue in the case was when damages began to accrue. Under the Patent Act, a patentee may claim damages only for “those acts of infringement that occurred after the patentee gave the alleged infringer ‘notice of infringement.’” Notice may be constructive, by marking an article with the patent number, or actual, by communicating to the infringer its belief that the infringer violated its patent(s). The plaintiff acknowledged that it had not marked its patented products and, therefore, had not provided constructive notice. In terms of actual notice, the plaintiff pointed to a cease and desist letter it had sent to the defendant in August 2012 and in which it had mentioned one of its patents.

A related issue was whether the plaintiff had forfeited its right to presuit damages by its delayed filing of a lawsuit. Under the laches defense, if a patentee delays filing suit for more than six years from the time it knew or should have known of the defendant’s infringement, there is a presumption of laches—that is, negligence—on the plaintiff’s part to act. If the patentee files suit within six years, there is no presumption.

In challenging the expert’s damages calculation under Daubert, the defendant first asserted that the expert, in his deposition testimony, was confused about the legal limitations applicable to damages and, therefore, produced an unreliable damages calculation. For example, the defendant claimed the expert analyzed damages based on a constructive notice date, when there was no constructive notice. It also alleged the expert mistakenly claimed that actual notice occurred on the date the plaintiff filed suit.

The court called the defendant’s arguments “misdirected.” The plaintiff’s expert was not retained to determine when damages began to accrue but to determine the amount of damages that have accrued, the court noted with emphasis. It observed that, in effect, the expert, anticipating the plaintiff’s problem of showing constructive notice, provided alternate starting dates in his analysis. One calculation was based on constructive notice and the other actual notice.

Similarly, the defendant said the expert, in his deposition, seemed to claim the plaintiff had a right to damages or more than six years prior to filing its suit, when the law only allows damages of up to six years before bringing an action. The court was unconcerned about the expert’s deposition statements, noting his report used the correct start date.

Another, but similar, line of objections related to the expert’s testimony regarding convoyed sales. Under applicable law from the U.S. Court of Appeals for the Federal Circuit, a patentee may claim damages for profits it would have made on “unpatented components typically sold with a patented item” but for the defendant’s infringement. The patentee must show that the unpatented components created a functional unit with the patented components. See Rite-Hite Corp. v. Kelley Co., 56 F.3d 1538 (Fed. Cir. 1995).

Also, the expert incorrectly designated certain products as convoyed sales when they did not meet the Rite-Hite standard.

The court said the defendant’s argument “miss[ed] the mark.” The lost profits analysis applies to both types of products—sales of unpatented and patented products—said the court. It reminded the defendant that the Rite-Hite test did not determine the amount of damages available for recovery, but it determined whether unpatented components qualify for a lost profits analysis. What’s more, the defendant’s disagreement over whether certain unpatented products were convoyed products went toward the weight of the expert’s testimony not its admissibility, the court noted.

Another objection focused on the expert’s use of a software program (unnamed) to determine future damages. The defendant also objected to the expert’s express disagreements with some of the results the program generated.

The court first noted that the defendant failed to explain what was wrong with the program the expert used. “The mere use of a software program is not fundamentally unreliable,” the court said. As to the expert’s determination that the software program in this instance did not generate the most accurate projections of future damages, the court found him to be a qualified expert who used his expertise to make this assessment. The defendant’s concerns again went toward the weight of the testimony, rather than its admissibility, the court decided.

The court concluded that none of these specific points made the expert testimony unreliable or otherwise excludable under Daubert and denied the defendant’s motion.

« Are You Ready for the New Overtime Rules?
Get Up and Running After a Disaster »