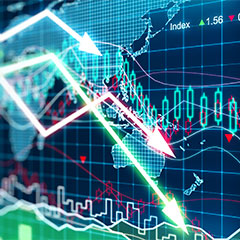 In a protracted patent case, the defendant challenged the jury’s lost profits award to the plaintiff, claiming it relied on unsound expert testimony. The price disparity between the defendant’s infringing product and the plaintiff’s protected product was too great to support the expert’s adjusted market share analysis underlying the lost profits calculation. The Federal Circuit rejected the argument.

Both parties were content delivery network providers that competed with each other. However, Akamai, the plaintiff, is the dominant force in the market. It has one of the world’s largest distributed computing platforms that is responsible for serving between 15% and 30% of all Web traffic. Limelight Networks, the defendant, initially sold technology that did not infringe, but in spring 2005 it introduced its contested software. In 2007, Akamai, jointly with the Massachusetts Institute of Technology, sued Limelight for violating its protected technology.

Early in the proceedings, a jury found Limelight liable and awarded Akamai approximately $40 million in lost profits, $1.4 million in reasonable royalty damages, and $4 million in price erosion damages. But the district court (D. Mass.) overturned the jury’s verdict based on noninfringement. Numerous rounds of appeal followed that culminated in the reversal of the district court’s ruling on infringement.

When the case returned to the Federal Circuit for a resolution of all remaining issues, the defendant argued there were other grounds for striking down the jury’s verdict. One was that the district court erred when it allowed Akamai’s damages expert to present a flawed lost profits analysis. The crux of the problem was that the expert failed to establish the necessary “but for” connection between Limelight’s infringement and Akamai’s lost profits. Limelight’s products cost half as much as Akamai’s. Akamai’s expert either failed to account for the effect of this disparity in his lost profits calculation or he did so in an arbitrary way. According to Limelight, Akamai did not lose customers to Limelight. Rather, considering the huge price difference, both companies served different markets. Consequently, lost profits were legally unavailable to Akamai, Limelight claimed.

The expert explained how the price disparity affected his lost profits calculation in greater detail. Assuming a world without the infringing product, he said he first assumed that Akamai would sell its technology to some of Limelight’s customers for double the price Limelight was charging. He also assumed that, even though not all of Limelight’s customers would buy Akamai’s service, about 75% of Limelight’s sales would have gone to Akamai because demand for Akamai’s technology was “relatively inelastic,” that is, unaffected by price changes. Akamai’s costs were “revenue-generating costs,” he pointed out. This meant customers would be more willing to spend money on Akamai’s products. Further, notwithstanding some price sensitivity, demand for the product did not change as much as the price. There was no question that both companies were in direct competition. Limelight in statements had acknowledged that Akamai was its biggest competitor and had said that the two companies were “head and shoulders above the rest of … Limelight’s competition.” Also, demand for the products was driven by end-users not customers. And, even though Limelight introduced an infringing service at a lower price, Akamai remained the dominant player in the market. The expert allowed that using 75% as the number of sales Akamai could have made but for the infringement was a “judgment call.” He ultimately concluded Akamai lost approximately $74 million in profits because of the infringement.

The Federal Circuit found the district court’s admitting the expert’s adjusted lost profits analysis was proper. The reviewing court rejected Limelight’s market segmentation argument based solely on price disparity. Rather, the Federal Circuit said, the evidence showed that Akamai and Limelight were direct competitors. Moreover, Akamai’s expert gave reasons why the market for the infringing technology was relatively inelastic. The expert’s 25% adjustment was “sufficiently grounded in economic principles,” the Federal Circuit found. “Whether this discount was sufficient is not a legal challenge to the availability of lost profits, but as to the amount of lost profits,” the court added. It pointed out that Limelight, in its briefs, did not question the amount of lost profits, only the availability. The Federal Circuit sent the case back to the district court for reinstatement of the damages.