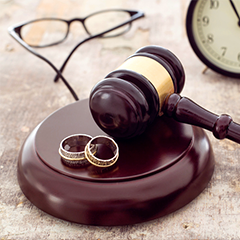 In a Florida divorce case, the trial court heard copious expert testimony on the value of the husband’s interest in a car dealership. The dispute turned on the validity and interpretation of the parties’ prenuptial agreement; a secondary issue was how to treat any appreciation in value, assuming there was an increase in value in the first place and assuming the nonowner spouse had a claim to it. Although part of the trial court’s analysis was flawed, it ultimately arrived at the correct outcome.

The husband bought the Delray 20% with a loan for $1.65 million in 2002 based on a contemporaneous business valuation of the dealership. He paid the loan with funds from his separate accounts. In 2004, the business, Delray Motors, paid off a loan to buy the land on which it was located. The funds to pay off that loan came from the business’s earnings that were not distributed to the husband and/or other shareholders.

The husband’s income included salary, commissions, and trust stock distributions from the business. The income varied based on the business’s success. During most of the marriage, the wife also worked for the business on a salary basis. In line with the prenuptial agreement, both spouses deposited their earnings in separate accounts.

At trial, the parties presented a raft of experts who testified to the value of the business. A personal property appraiser for the wife found the tangible assets of the business were worth $2 million. A real estate appraiser concluded the buildings and improvements on the land yielded a $17 million value. The wife’s CPA determined that, based on his valuation in 2010, the valuation year, the husband’s 20% interest in the business had increased by $1.85 million. The expert acknowledged that he used a different approach than the firm that did the 2002 appraisal had used.

A financial advisor for the husband said the dealership owned too much land. No reasonable buyer would pay about $19 million—the total amount resulting from the different values the wife’s experts assigned to the business—for the dealership. There was not enough gross profit to warrant that kind of investment. This expert determined that, in 2010, the dealership was worth $2.75 million. Accordingly, the husband’s interest in the Delray 20% had decreased. An independent analysis by the husband’s CPA also concluded that the husband’s contested interest in the business had dropped in value from the year of purchase to the valuation year.

In reviewing the prenuptial agreement, the trial court found it was valid. At the same time, it said, “The Wife did not waive her right to equitable distribution of the increase in the value or enhancement in value of all separate assets which have appreciated due to the active marital effort of the Husband.” Here, the husband bought the Delray 20% interest with his separate funds, the trial court determined.

The critical follow-up questions in terms of the community’s right to any value in the Delray 20% were whether there was an appreciation in the asset. And, if so, was the appreciation in value passive in nature or was it the result of the “active marital efforts of the Husband”? The trial court said that, to the extent the Delray 20% interest increased in value, it “is the result of the passive increase in the value of the underlying land and buildings” of the business, not the husband’s efforts during the marriage. The court did not make a conclusive finding that there was an appreciation and how much it was. It declined to award the wife any funds stemming from the Delray 20%.

In appealing the trial court’s ruling with the Florida Court of Appeals, the wife claimed it was error not to find any active appreciation in the Delray 20% and not to award the community a share of the appreciation.

‘Tipsy coachman’ doctrine applies. The appeals court first reviewed the language of the prenuptial agreement to determine whether the trial court’s findings were correct. Under controlling case law, “[w]here a prenuptial agreement does not address the right to enhanced value of a non-marital asset, that value is subject to equitable distribution,” the appeal court said (citing Weymouth v. Weymouth, 87 So. 3d 30 (Fla. 4th DCA 2012)).

The key was the title presumption provision in the agreement, the appeals court noted. This paragraph combined with the agreement’s other provisions, including those that addressed property acquired during the marriage, was enough to suggest a waiver of the future enhancement of nonmarital property even if the enhancement resulted from the marital earnings or labor. Consequently, the trial court’s interpretation of the prenuptial agreement was wrong. Under the agreement alone, the wife had no claim to any interest in the Delray 20%.

But, the appeals court continued, the trial court ultimately reached the correct conclusion—first, by finding that the Delray 20% represented the husband’s separate property; and second, by finding that, if there was a change in the value of the contested interest, it was due to an increase in the value of the land the dealership owned. This kind of increase was the result of market forces, not the husband’s efforts. The appeals court pointed out there also was evidence that the part of the business that was under the husband’s management, new car sales, had dropped in value from the time the husband bought the Delray 20%.

This was an instance where the “tipsy coachman” doctrine applied, the Court of Appeals said, in affirming the trial court’s final determination. The trial court “reach[ed] the right result, but for the wrong reasons.”