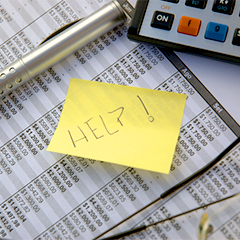 A Pennsylvania dissenting shareholder case raised questions about who is qualified to resolve valuation issues as well as what constitutes competent financial evidence. Valuators may find the dissent’s analysis more compelling than the majority’s opinion because it displays a greater appreciation of the professional discipline.

Backstory. In 1980, three partners formed a company that held real estate including land, a restaurant, hotel, garage, and banquet facilities. The restaurant had various pieces of equipment related to the business. In 1981, the dissenting shareholder left the business but held on to his 25% ownership interest. In 2008, the company was poised for a merger, which prompted the dissenting shareholder to demand the fair value of his interest. The company offered him $35,000, but he claimed his stock was worth $500,000. When the company rejected his proposal, he filed suit in state court.

Under the statute governing valuation proceedings in a dissenting shareholder action, the trial court appointed an appraiser “to receive evidence and recommend a decision on the issue of fair value.” The appraiser was an attorney.

Experts’ three-method approach. An evidentiary hearing took place in front of the appraiser at which both sides presented real estate and business valuation experts. The business valuators’ proposed values were the result of three methodologies.

1. Company’s expert. The company’s valuation expert was the only expert who performed independent valuations.

He said that the financial statements that management provided showed contingent liabilities related to deferred salaries for the majority owners and unfunded pension obligations of about $1.8 million. Since the liabilities dwarfed all three values, he assigned zero ($0) value to the company’s stock.

He conceded that if pressed he would caution the owners or employees of the company that it was not likely that they would ever receive the amounts claimed for deferred wages or unfunded pensions given the company’s operative reality. He doubted that the company would have borrowed money to pay the accrued but unpaid salaries, and he denied that the company was able to pay the deferred compensation at the time of the merger.

He pointed out that the claimed wage liabilities were “approximately 147 percent higher on the accrued wage schedule than what is reasonable for an operating business of this nature.” The alleged accrual period was considerable, starting in 1981 and going to about 2010, he said. If the company had been paying the claimed compensation amount since 1981, it would have been close to $2 million in deficit, he said. Under industry standards, the claimed wages were excessive and there was no expectation that they would be paid. He said the excessive numbers led him to conclude that the liability was created such that it would reach a number that would make the minority shareholder’s interest worthless.

He determined that the invested capital to sales method was “the most appropriate approach.” Using the opposing expert’s $487,700 value resulting from that method and applying his modifications, the dissenting shareholder’s expert found the company’s stock was worth nearly $799,500. This yielded a value of nearly $199,900 for the minority shareholder’s interest.

Appointed appraiser’s determination. Following the hearing, the appraiser inspected the property and operations and asked to see the company’s insurance policies. Subsequently, he determined that the real estate was worth $1.8 million, noting the hotel rooms and liquor license should be factors in the valuation but not to the extent the minority shareholder’s expert proposed. Based on insurance information and his inspection, the appraiser concluded the equipment, which he said was “used, readily available, not unique and in some cases, very dated,” was worth $325,000.

Both sides objected to the appraiser’s report, claiming there were factual and legal errors. Nevertheless, the trial court adopted it. After noting there was a $1.6 million debt on the real estate and subtracting that amount from the $1.8 million, the trial court concluded the company was worth $525,000, yielding a $131,250 value for the dissenting shareholder’s 25% interest. In so doing, the trial court paid no attention to the business valuators’ conclusions.

The company appealed the trial court’s decision at the Superior Court of Pennsylvania, an intermediate appellate court, claiming two errors: One, there was no evidence to support the business equipment value, and two, the trial court’s valuation failed to consider the $1.8 million unpaid wage and pension liabilities.

Flexibility under the law. Under the state law applicable in a dissenting shareholder suit, determining the “fair value” of the stock requires establishing the going concern as opposed to the liquidation value. The Pennsylvania Supreme Court recognized three principal valuation methods with which to determine fair value: asset, market, and income approaches. Known as the “Delaware Block” method, a trial court essentially assigns weight to each of the three values generated by the three methods to arrive at the fair value of the company.

But, under a subsequent ruling from the state appellate court, trial courts are not limited to these methods but may take a “more liberal approach [which] must include proof of value by any technique or methods which are generally considered acceptable in the financial community and otherwise admissible in court.” See Glosser Bros. Inc., 555 A.2d 129 (Pa. Super. 1989) (citing Weinberger v. UOP, Inc., 457 A.2d 701 (Del. 1983)).

The majority of the state appellate court drew on this flexibility in the law when reviewing the trial court’s findings on the value of the business equipment and its decision on wage and pension liabilities.

Moreover, the majority said, the business equipment was an asset that appeared on the company’s balance sheets, and it came up when the parties’ business valuators discussed the treatment of certain marketable securities in the amount of $111,750. The company’s expert excluded this amount from his valuation because at the time of the merger the securities had been liquidated “and had been rolled into the operations of the company either for equipment or to continue operations during the economic downtown” in 2008. The dissenting shareholder’s expert rejected this approach, treating the securities instead as nonoperating assets.

The court’s majority said the company’s business valuators also referenced the equipment in generally describing the asset approach and the market approach. For example, the dissenting shareholder’s expert noted that the opposing expert “refer[red] to Pratt’s Stats which is an analysis of sales transactions and concluded … 34 percent of gross sales is an indicator of what a restaurant’s operation’s value would be, which would include the operating assets, which is property—which is equipment plus any goodwill and conclude[d] the value was $487,714.”

Dissent discredits equipment valuation. The dissent said it agreed with the majority’s “thoughtful” analysis of the wage and pension liability issue. At the same time, it found the trial court’s adopting the appraiser’s business equipment valuation was error.

It noted that, even though there was no statutory requirement that the appointed appraiser be a business valuator and no appellate court had spoken to this issue, a trial court “could presumably appoint an expert in business valuation.” The dissent suggested that it might be preferable to do so. It pointed out that the trial court in adopting the appraiser’s report in fact cited to an admonition from the state Supreme Court that valuation issues in a dissenting shareholder litigation were “rather economic than legal in character” and could “better be derived by consulting the business man, the banker, and the industrial engineer, than the jurist legal scholar, or lawyer.”

Here, the dissent said, the appointed appraiser was an attorney and the record “contains no indication that he has any expertise or qualifications as a business valuation expert.” It added that the appraiser functioned more as a special master, receiving evidence in the form of conflicting expert testimony and making a recommendation to the trial court based on that evidence. In this role, the appraiser failed, the dissent concluded.

Although the appraiser received expert valuations based on the Delaware Block method, he ignored them. Instead, he used the value of the company’s casualty insurance placed on the equipment and then made a downward adjustment based on his own observation of the equipment. This approach, the dissent said, “bore no relation to, and did not rely in any respect upon, the work performed by the two business valuation experts.” The appraiser’s valuation did not represent a going-concern value for the equipment but an estimate of its liquidation value, which itself was improper, the dissent added.

Further, the majority’s citation to testimony from the company’s valuation expert that the value of the furniture, fixtures, and equipment and inventory was about $191,500 was misplaced. A review of the record showed that this number included other items, including real estate and goodwill, and, therefore, did not represent the value of the business equipment.

Similarly, the majority’s pointing to testimony from the dissenting shareholder’s opinion to find the equipment was worth about $487,700 was misguided. This figure represented a capitalization of the company’s annual sales, not the value of the business equipment.

In sum, there was no competent or substantial evidence in the record to support the $325,000 valuation and it “does not even reflect a going concern valuation as is required by law in this context.” Since the appraiser had no expertise in valuing business equipment, “his report constitutes, at best, his speculation regarding the liquidation value of the business equipment.” The trial court’s adopting the appraiser’s valuation was reversible error, the dissent concluded.