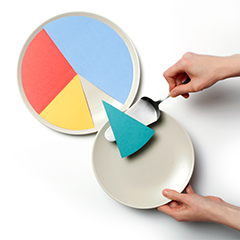 Valuation methodology also was at the center of an Iowa divorce case in which the trial court found one method entirely inappropriate for the situation at hand and the other flawed in the way the expert applied it. Notwithstanding the trial court’s fine critique of the expert opinions, its value determination prompts questions as to how it decided on the final number. An appeal of the valuation followed.

Partial interest in business. In 2000, the husband and two partners formed a sandblasting and painting contracting business. The partners had equal one-third interests. The company worked mostly for municipalities, bidding on jobs. The husband’s annual income, including his salary and distributions and profits from the business, was about $300,000.

Valuing the husband’s interest became a sticking point during the divorce proceedings. Both spouses retained appraisers who disagreed over the best way for calculating the fair market value of the business and who arrived at greatly disparate values.

The trial court defined the applicable standard of value as the “price which would be agreed upon by a willing seller and a willing buyer, neither of whom is under compulsion to buy or sell and each having equal knowledge as to the matters involved.”

It decided the income approach was inappropriate considering the business had a low bar of entry and relied on government agencies for customers. By law, the agencies required to choose the lowest bid. Therefore, the company could count on very little repeat business. Without a loyal customer base and a predictable annual income stream, it was hard to sell the company as a going concern, the court found. Also, the wife’s expert improperly included the value of contracted work that had not been started or completed in his valuation, the court observed. According to the husband’s expert, this treatment conflicted with the generally accepted accounting principles.

‘Aggressive depreciation’ proves problematic. But, even though the trial court found the asset approach the “more reasonable” valuation method, it concluded the value the husband’s expert proposed under that approach did not represent the fair market value of the company’s assets. The reason was that the expert relied on the company’s depreciation schedules prepared in connection with its income tax returns. To minimize tax liability, the company opted to use a Section 179 depreciation deduction, which the Internal Revenue Code sanctions for qualifying property. As such, the taxpayer may claim a full depreciation in the year the asset was purchased and indicate zero residual value in the company depreciation schedule.

Recognizing that the law permitted the “aggressive depreciation via § 179” for tax purposes, the trial court found that using that same approach to determine the fair market value of physical assets “defies common sense.” Considering in the case at hand the value of the assets was “at the crux of an asset valuation approach,” the improper use of a Section 179 accelerated depreciation resulted in understating the value of the contested interest. The court observed that the parties agreed that the company’s equipment had some residual value.

According to the trial court, the parties’ testimony and the experts’ opinions led it to conclude that the fair market value of the husband’s interest was $315,000.

The wife appealed to the state Court of Appeals, claiming the valuation resulted in an inequitable division of marital property.

The appeals court affirmed without further analysis, noting only that the lower court’s value determination was “within the permissible range of the evidence.”