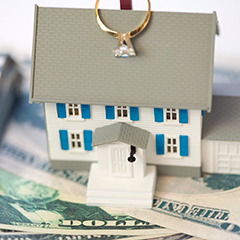 In divorce cases it’s common for an interest in a closely held business or professional practice to be the marital estate’s most valuable asset. In many states, a valuator may be called upon to distinguish between active appreciation in the business’s value (which is generally subject to division) and passive appreciation (which generally isn’t) when the owner-spouse brings this asset to the marriage.

Typically, an interest is considered a spouse’s property when a spouse owns an interest in a closely held business before marriage. In many states, appreciation in the value of the interest during the life of the marriage due to the owner-spouse’s efforts is considered marital (or community) property. Thus, it’s subject to division. Passive appreciation in the interest’s value during the marriage retains its character as separate property. It’s critical that state law also be accounted for.

A variety of market forces and other external factors may result in passive appreciation, including:

Active appreciation, on the other hand, is attributable to the owner-spouse’s active management of the business.

Example: When Sue married John, she owned a parcel of undeveloped land worth $300,000. When they divorced ten years later, the land remained undeveloped, but its value had increased to $1.3 million as a result of changes in the local real estate market. The $1 million in growth during the marriage is passive appreciation.

But what if Sue built an office building on the property and marketed the space to local businesses? What if the property was worth $4 million when Sue and John divorced? Clearly, a significant portion of the property’s increase in value would be attributable to Sue’s efforts, constituting active appreciation that may be subject to division.

In the case of real estate, allocating the growth in value between active and passive appreciation may be relatively straightforward. In this case, if undeveloped land in the same location would be worth $1.3 million, then arguably the additional $2.7 million in appreciation would be attributable to Sue’s active efforts.

This simple example illustrates the difference between active and passive appreciation. Obviously, keep in mind that real-life situations can be far more complex.

The Line Is Not Clear

The line between passive and active appreciation becomes blurred, however, when a business is involved. After determining the value of the business at the beginning and end of the marriage, a valuator might use econometrics or other statistical methods to analyze and quantify the impact of various passive factors on business growth.

Among other aspects, the valuator will consider:

Owner-spouses sometimes argue that a business’s growth during marriage is attributable primarily or exclusively to inflation and, therefore, is passive. Suppose, for example, that a business is valued at $5 million at the beginning of a marriage and at $10 million when the marriage ends 25 years later. Assuming a 3 percent inflation rate, $5 million would be worth more than $10 million at the end of the marriage by virtue of inflation alone. Therefore, an owner-spouse might argue, the entire amount of appreciation is passive.

The mistake of this argument is apparent when you consider that, if it were valid, all businesses would grow at least at the rate of inflation. Many businesses in the real world experience stagnant growth or fail. Indeed, studies of public company stock prices show that in most cases there is little, if any, direct correlation between inflation and business growth.

How property is distributed in a divorce is impacted enormously by distinguishing between a business’s active and passive appreciation. It’s important for attorneys to understand the need for sophisticated valuation techniques in making this distinction. Valuators also are instrumental in challenging simplistic arguments such as the inflation theory.