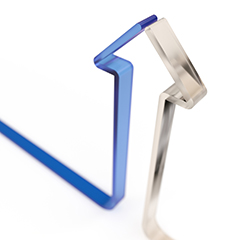 In sharp contrast to some of its earlier decisions reprimanding financial advisors for generating outcome-driven valuations, the Delaware Court of Chancery recently extolled the conduct of the financial advisor in a highly contested take-private merger. It noted the firm’s “thorough and balanced work product” but added the firm’s “heroic efforts” at producing a reliable valuation ultimately were trumped by the defendants’ fraud.

Two-step plan: The dissenting shareholders, pursuing an appraisal arbitrage strategy, sued the defendants, claiming breach of fiduciary duty, and asked the court to determine the fair value of their shares. The defendants were David H. Murdock and C. Michael Carter. At the time of the merger, Murdock owned about 40% of Dole, where he was, by his own testimony, “the boss.” Carter was president, COO, and general counsel. His primary role, the Chancery said, was “to carry out Murdock’s plans, and he did so effectively, even ruthlessly.”

The merger was the second step in Murdock’s strategy to reacquire complete control of the company after it went public in 2009. The first step was a 2012 spinoff in which Dole sold its Asia division to a Japanese company for about $1.7 billion in cash. This transaction generated liquidity and was expected to result in about $50 million in cost savings by the end of 2013. Plus, it would enable Dole to buy farms in Latin America with which to produce additional income by capturing the growers’ share of profits.

After the market reacted favorably to the spinoff, Carter took steps to depress the share price, including issuing press releases that adjusted earnings for the year downward and predicted cost savings only in the $20 million range. The announcements came just when the internal discussions about the freeze-out were heating up, the court found. Finally, in June 2013, Murdock offered to pay $12 per share. To secure independent financial advice, the board formed a committee that retained a financial firm that had not done business with Murdock or Dole in the past to provide advice on the offer. Ultimately, Murdock and the committee settled on a $13.50-per-share price. Based on its DCF analysis, the financial advisor believed the price was fair.

‘Meat cleaver’ to the projections: The court found the defendants’ fraud made a detailed analysis as to fair dealing unnecessary. When the committee asked Carter for updated forecasts reflecting management’s most current best view of the company’s prospects, he constructed projections with “falsely low numbers.” Instead of Dole’s usual bottom-up approach, under his guidance, management produced projections from the top down. At trial a representative of the financial advisor said “management had taken a meat cleaver to the projections in a way that it would be difficult, if not inappropriate, for a committee to weight these projections as the basis for determining the adequacy of a price.”

Aware that the projections did not reflect the value of Dole, the committee and the financial advisor created their own projections. They succeeded in producing “the most credible and reliable projection in the case” for areas of the business for which they obtained complete and accurate information from management, the court found. But they did not know about the anticipated cost savings or the anticipated value resulting from Dole’s farm purchases.

According to the court, the fraud “tainted both the negotiation process and [the financial advisor’s] work product.” Modifying the advisor’s DCF to account for the withheld information, the court arrived at a per-share price of $16.24. In total, the defendants were liable to the plaintiffs for nearly $148.2 million, the court ruled.

« How to Wrap Up an Estate
Business Valuation Approaches »