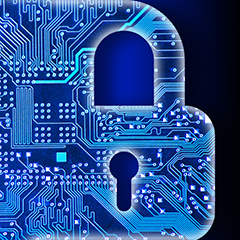 What apportionment techniques can a damages expert use to ensure the capture of the proceeds from the infringing features but not the noninfringing components? This question dominated a recent Daubert case in which both parties claimed the rival expert’s apportionment rendered her reasonable royalty calculation unreliable. The court was partly receptive to the arguments.

The plaintiff owned a portfolio of patents related to Internet security. It sued the defendant, claiming the latter’s suite of Web security appliances and software infringed six patents that focused on protecting network computers from hostile files downloaded from the Internet.

The parties agreed that the proper measure of damages in this case was a reasonable royalty. The plaintiff sought a lump-sum payment not calculated on a per-unit basis. Both parties’ experts calculated a reasonable royalty based on the Georgia-Pacific framework. Through hypothetical negotiation, they first determined a royalty rate, which they then multiplied by an apportioned royalty base—representing only the portion of a product’s revenue attributable to the infringing features. The result was the royalty rate the parties would have agreed upon prior to infringement.

Both sides filed Daubert motions to exclude the other side’s damages testimony.

At the start of its analysis, the court explained that Federal Circuit law required apportionment where the infringing products included both protected and nonprotected features to ensure the patent holder received no more than the value the patented features added to the infringer’s products. Given the many patents in suit and the complexity of the infringing products in this case, apportionment was not child’s play.

The plaintiff claimed this method as such was unreliable because it depended on the competency of the programmer. Specifically, “an accused infringer who has inefficient programmers would pay less because the overall code base would be larger.”

The court dismissed this argument promptly. An incompetent programmer would be equally incompetent in programming all of the accused product’s code, just as an effective programmer would efficiently program the code of the entire products, the court observed. In other words, the percentage of code for the product would not change, the court said.

It found that this apportionment method was neither inherently unreliable nor prohibited under Federal Circuit law. While it was true that the Federal Circuit has said that apportionment “cannot be reduced to a mere counting of lines of code,” it also has recognized that “the glaring imbalance between infringing and non-infringing features must impact the analysis of how much profit can properly be attributed to the use of the [accused feature] compared to non-patented elements.”

In addition, the plaintiff contended the defendant expert’s focus on the infringing source code meant she did not fully account for the claimed infringement of the plaintiff’s patents.

The issue of whether and to what extent the defendant’s products actually infringed the patents in suit was at the heart of the litigation, the court observed. It was for the fact finder to decide, not a judge in a Daubert proceeding. Since the defendant disputed the value of the plaintiff’s protected technology, it was understandable that its expert would work with the facts “as her client sees them.” But, said the court, “it is not the role of the trial court to evaluate the correctness of facts underlying one expert’s testimony.” The source-code-based apportionment analysis was admissible.

The plaintiff argued this apportionment analysis did not account for all the patents or claim elements the defendant’s technology infringed and the approach failed to take into account that the few categorizations considered might be of more importance to the defendant’s customers.

According to the court, the expert’s analysis was appropriate in light of the Federal Circuit’s ruling that “frequency of expected use and predicted value are related” in considering Georgia-Pacific Factor 11, which concerns “[t]he extent to which the infringer has made use of the invention; and any evidence probative of the value of that use.” Cross-examination was the best way to test whether apportionment relative to this product was able to adequately capture the relative significance of the few categorizations, the court said.

The plaintiff claimed the expert improperly folded 14 other patents into the plaintiff’s portfolio even though those patents were the focus of separate litigation against third parties that occurred after the dates of the hypothetical negotiations.

The court agreed with the plaintiff that the analysis improperly used post-infringement evidence and found this analysis inadmissible. According to the court, “future litigation activity is therefore not probative of the value of the patents-in-suit at the time of the hypothetical negotiation.”

The court agreed with the plaintiff that discounting to the beginning of the litigation was best. This was the period for which the plaintiff sought damages. Doing so, the court said, compensated the plaintiff for the value of what was taken from it as a result of the defendant’s alleged infringement. The defendant expert’s opinion on this point was inadmissible.

The defendant responded with a series of attacks on the plaintiff expert’s apportionment analysis.

As part of this analysis, the expert also assumed a six-patent portfolio consisting of the six patents in suit.

The court rebuffed this method. Most problematic, it said, was the expert’s failure to tie her analysis to the facts of the case. She failed to explain why this particular technique was an appropriate measure of the value of the subject patents. It was as meaningless as the “25% rule of thumb” and Nash bargaining solution analyses—both approaches the Federal Circuit soundly rejected. “Surely a patent’s objective quality cannot be based on the number of times an inventor cites himself in prosecuting related patents,” the court stated. It added that pursuant to this method the oldest patent not surprisingly would be the one with the highest number of forward citations. The apportionment at most indicted the relative value of the patents in the abstract, “untethered to any of the facts in this case.”

The court likened this approach to the opposing expert’s use of lines of infringing code. Neither method was perfect. However, the analysis “reasonably” tied the value the defendant placed on product components to the accused products in the case.

At the same time, the court cautioned that the analysis was still vulnerable in that the plaintiff’s expert failed to explain why each of the 24 functions identified in the defendant’s presentation should be valued equally. Unless the plaintiff could provide a foundation for her assumption, the court said it would allow the defendant to renew its attack.

The court agreed with the defendant that there was a lack of evidence as to both points, and it excluded this testimony.

Neither expert’s reasonable royalty calculation was able to satisfy the apportionment requirements completely and each expert saw parts of her analysis struck down under Daubert.