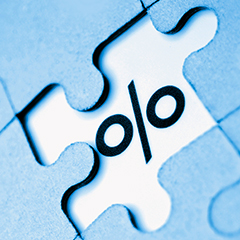 Size does not matter, especially when it comes to applying a discount for lack of control. A recent Ohio ruling examines the use of a DLOC where the owner spouse held a small interest in a business, but played a large role in running it.

Man in charge: For about 25 years, the husband worked for two closely held companies that shared common ownership and had an interdependent business relationship. He served as their principal sales person, president, and CEO and also owned a minority interest in both businesses: 1.73% in Company A and 1.37% in Company B.

Given the companies’ interconnectedness, the husband’s expert decided to value them as one entity using the capitalized earnings approach. He said that Company B’s recent loss of a major account and the decline in revenue made him believe the companies might be out of business by 2015 or 2016. By his calculation, the husband’s interest in both companies was worth under $11,400. It was appropriate to apply a 24.3% discount for lack of control and a 15% discount for lack of marketability because of the husband’s minority interest and his limited control over decisions within the company, the expert claimed.

The wife’s expert ultimately used a net asset approach to value both companies. He concluded that the interest in Company A was worth $63,000, including a 10% DLOM, and the interest in Company B was worth $20,000, again including a 10% DLOM. He said a 24.3% discount for lack of control was inappropriate because the husband was a top-ranking executive in both companies. “[W]e are not talking about a 2% investor in California who’s outside the company and doesn’t know what’s going on … we’re talking about an insider who is running the company, who’s in control of that company from a day-to-day standpoint.” The expert also pointed out that the companies had not compelled the husband to sign noncompete agreements.

The trial court agreed with this reasoning, as did the appeals court. According to the trial court, the husband, by his own testimony, was not only a “figurehead but the primary salesperson and key driving force behind the company’s success.” The majority shareholder had to take into account the husband’s influence and control, and it did, as the lack of a noncompete showed.

The husband also raised a double dip claim in connection with the trial court’s order of spousal support, despite the unfavorable view the Ohio Court of Appeals recently has taken on that issue. Here, the appeals court simply found the double dip theory inapplicable given that the prevailing valuation of the business was based on the asset approach.

Takeaway: Control is not simply a function of the size of the ownership interest. Here, the wife’s expert was able to exploit the level of responsibility the husband had in the business to argue against the application of a discount for lack of control.

« Why is the Valuation Date so Important?
Charitable Contributions Must Pass Strict Documentation Rules »