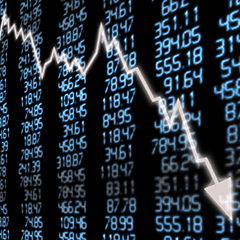 Many of us have bought stock in a company that later failed over the years. While you may prefer to forget such an investment, don’t forget to claim your rightful capital loss deduction on your tax return. But beware that figuring out when to claim a worthless stock loss can be tricky.

Here are the two ways you can salvage some tax savings from unfortunate stock market forays:

Beware: Bankruptcy May Not Trigger Worthlessness

Unfortunately, relying on the worthlessness rule can be tricky. You must correctly identify the year when the shares become totally worthless and then claim your write-off in that year and that year only. This sounds pretty simple, but sometimes it isn’t. Why? Because the IRS doesn’t consider your battered and bruised shares to be wholly worthless until it’s clear they have no liquidation value and there’s no hope they will regain any value in the future.

The situation remains confusing, even though there have been many attempts to interpret this principle over the years. For example, the IRS has stated that bankruptcy proceedings don’t necessarily establish complete worthlessness for a company’s stock. (IRS Revenue Ruling 77-17) This is due to that fact that shareholders are not always totally wiped out, and there is some hope that the shares could become valuable again. Several court decisions have taken more taxpayer-friendly views of this issue, but they don’t establish any firm guidelines.

This confusion is only made worse by the fact that shares of delisted bankrupt companies may continue to trade on the over-the-counter market (via a system called the “Pink Sheets”) even after it is clear that shareholders will get nothing in the bankruptcy proceedings and the shares have been legally canceled. While this seems to make no sense, it happens.

Canceled shares of a delisted bankrupt company may be trading for a few cents each (or a fraction of a cent) on the Pink Sheets market and still not qualify as worthless by some IRS auditors. Sticklers might disallow losses until all trading in the shares has ceased. Who knows how long that might take?

Of course, the simplest solution is to sell any shares you believe will soon be worthless while they are still listed on the NYSE, NASDAQ or American Stock Exchange. Taking this step has two big advantages:

What About Losses on Stock Held in a Traditional IRA?

Suppose you are unfortunate enough to own worthless, or nearly worthless, stock in a traditional IRA. Can you write it off? Sadly, the answer is probably not.

The reasoning is that, in general, money invested in an IRA is pre-tax. So if you’re allowed to write-off a subsequent loss, that would be double-dipping, or taking two tax breaks on the same dollars.

If You Hang on, You Have Extra Time to Figure Out When to Claim a Loss

Should you decide to hold onto distressed shares until it becomes amply clear that they are indeed totally worthless, the Tax Code says you must claim your capital loss in the year when such total worthlessness occurs. For the reasons explained earlier, however, it’s not always clear exactly which year that is.

It is clear that there are potential problems with claiming worthless stock losses. It seems the best course of action is to sell distressed shares before they are delisted, and trigger your capital loss and move on while avoiding all the issues and hassles explained. If you procrastinate and the stock becomes delisted, follow the tax filing advice above. Contact your tax adviser if you have questions or want more information.