Court Infers Nature of Goodwill From Nature of Business 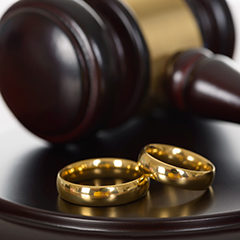 An opinion in a divorce case from the Kentucky Court of Appeals, although unpublished, merits attention because it shows the court ruling on the nature of goodwill in a business valuation based merely on the type of business at stake. The opinion also serves as a reminder to appraisers that failure to address questions regarding the nature of the goodwill head-on may put the client at a disadvantage in trial and on appeal.

Recap. This case has a business valuation history. The husband was the sole owner and operator of a transportation company that he brought into the marriage. The business provided him with an income of between $350,000 and $400,000. In the original proceeding, the issue for the trial court was the company’s increase in value during the marriage. That amount was divisible marital property.

Both parties presented expert testimony, with the husband’s expert concluding the increase in value was about $149,000, whereas the wife’s expert claimed it was nearly $462,000. The husband’s expert explained that, based on information he had received from the husband, the company was “fragile.” Some 60% to 80% of the company’s business stemmed from one customer that could terminate its relationship with the company on 30 days’ notice. For this reason, the expert used a low earnings multiplier of one.

The trial court found this testimony “more accurate” than the testimony from the wife’s expert, but it decided to modify the amount to arrive at an increase in value of nearly $205,000.

In the first appeal, the wife successfully argued that the trial court erred by crediting the testimony of the husband’s expert. The expert blindly relied on information from the husband that proved to be inaccurate as concerned the company’s business relationship with its alleged sole client. Rather than being the subject company’s largest customer, the latter had an agency relationship with the subject company. Under the parties’ franchise agreement, the company generated all of its business independently and had many customers.

The appeals court remanded, ordering the trial court to reconsider its determination. If the trial court decided to rely again on the opinion of the husband’s expert, it had to provide specific findings of fact that justified its reliance. (A digest and the court’s opinion for Rabe v. Rabe, 2008 WL 4998483, are available at BVLaw.)

Tables turned. On remand, with a different judge presiding, the trial court decided to rely on the wife’s expert for its valuation of the business.

Once the trial court had entered its supplemental judgment, the husband filed a motion asking the court to reconsider its calculation of the wife’s interest in the company and also to determine the nature of goodwill included in the business valuation. The trial court declined to do so.

New appeal addresses goodwill. The husband next appealed the valuation a second time. He claimed it was error for the trial court suddenly to rely on the wife’s expert when it simply could have made new findings of fact that supported its earlier reliance on the valuation from the husband’s expert. The husband blamed the court’s change in position on the fact that two different judges oversaw the case. He also contended the valuation the wife’s expert offered included goodwill value but failed to distinguish between enterprise and personal goodwill.

As to the first objection, the appeals court said that, even though it sympathized with the husband’s frustration about multiple judges presiding over the case, the trial court’s crediting the valuation of the wife’s expert on remand was not an abuse of discretion.

As for the goodwill issue, the court noted that under state case law only enterprise—not personal—goodwill was subject to division. See Gaskill v. Robbins, 282 S.W.3d 306 (Ky. 2009) (available at BVLaw). The appeals court said that, in the case in front of it, it seemed that the trial court, by including the goodwill in the value of the business, attributed the goodwill to the business and as such considered it divisible. The trial court had discretion to do so, the Court of Appeals said.

In contrast, the business in this case was not a professional practice, the appeals court observed. Consequently, “it seems likely that the business’s name and reputation earn it business rather than [the husband’s] name and reputation.” Further, neither party offered testimony that any of the goodwill was personal rather than enterprise goodwill. “Hence, the goodwill of [the company] is enterprise goodwill, something which would be transferable in a sale of the business,” the appeals court concluded. Consequently, it found the trial court did not err in including goodwill in the value of the business and upheld the valuation.