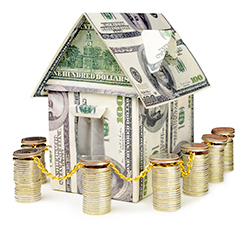 In recent months, there have been several significant developments on the estate tax front, and in 2016, the federal gift and estate tax exemption increased to $5.45 million (up from $5.43 million for 2015). Here are some tips to help you stay atop the changes.

For federal income tax purposes, the tax basis of an inherited asset is generally adjusted to reflect its fair market value (FMV) as of the deceased’s date of death or six months after the date of death if the estate executor or personal representative chooses to use the alternative valuation date. Similarly, an asset that’s included in the federal estate tax return of the deceased’s estate (Form 706) should be valued at its FMV as of the same date.

The Surface Transportation and Veterans Health Care Choice Improvement Act of 2015 addressed an inconsistency, requiring that an heir’s basis in inherited property be the value of that property that is reported on Form 706. Previously, there was no explicit requirement for an heir’s basis in an inherited asset to be the same as the value reported for the asset on Form 706. This change is intended to help the IRS better track income tax liabilities when inherited assets are eventually sold.

The new rule is effective for assets included in estate tax returns filed after July 31, 2015, and it only applies if the asset in question actually increases the estate’s estate tax liability. Therefore, it doesn’t apply to assets of estates that are valued at less than the applicable estate tax exemption.

To assist in implementing the basis consistency rules, estates that are large enough and required to file Form 706 must have personal representatives that provide statements to the IRS and asset-receiving heirs, reporting the FMV of assets that are included in the estate. This reporting requirement is effective for estate tax returns filed after July 31, 2015. The basis consistency statements must be filed with the IRS by the earlier of:

The IRS announced a delayed initial due date for these statements in Notice 2015-57. Statements that would otherwise be due to the IRS or heirs of affected estates before February 29, 2016, aren’t due until that date. This delay gives the IRS more time to develop additional guidance on how to comply with the new basis consistency reporting rules.

It’s important to note that the new reporting rules don’t apply when Form 706 is filed solely to make the portability election to transfer the deceased’s unused estate tax exemption to a surviving spouse.

The U.S. Tax Court recently denied an estate’s income tax deduction for an amount the deceased intended to leave under the terms of her will to a charitable organization.

The estate had become entangled in a legal dispute with the deceased’s brother regarding his ownership rights in a condo that had been left to a charity. (The brother lived in the condo.) After paying legal and administrative expenses, the estate was short of funds. Although the deceased’s will set aside a specific amount for the charity in question, the Tax Court concluded that the estate fell under a rule that disallows a charitable deduction unless there is only a remote possibility that the amount intended for a charity won’t be turned over to the charity.

Because the estate’s executor was aware that a prolonged legal fight with the deceased’s brother was more than just a remote possibility at the time the charitable deduction was claimed on the estate’s income tax return, the Tax Court decided that the IRS had acted properly in disallowing the deduction. (Estate of Eileen S. Belmont, 144 TC 84.)

In a similar case, the Tax Court concluded that an estate wasn’t entitled to charitable income tax deductions for amounts it claimed were set aside for two churches. The estate, which was embroiled in litigation with potential heirs seeking a portion of the funds in question, failed to show that there was only a remote possibility that the amounts designated for the churches would wind up going to other parties. Therefore, the Tax Court ruled that the IRS had acted properly in denying the charitable write-offs. (Estate of John D. DiMarco, TC Memo 2015-184.)

Protect Yourself from Being Held Personally Liable for Unpaid Tax Bills

If an estate’s assets are insufficient to pay the deceased’s federal income and gift tax liabilities and the estate’s federal estate tax liability, the estate’s executor or personal representative may be held personally liable for the unpaid taxes if:

In a recent U.S. district court decision, the executor made distributions from the estate to himself and his siblings even though he knew that the estate owed a tax bill of over $2 million. Because he depleted the estate’s assets before paying the tax bill, he was held personally liable for the unpaid amount. As a result, the court upheld the validity of an IRS lien that was placed against the executor’s personal assets. (U.S. v. David Stiles, Pennsylvania District Court, December 12, 2014, 114 AFTR 2d 2014-6809.)

Consult with a Professional

In order to avoid mistakes that can cost the estate and even you personally, seek professional advice from an experienced legal and tax professional. The federal state gift and estate tax rules are quite complicated and ever-changing.