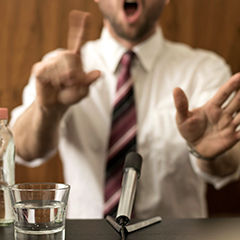 In an intellectual property case, the court determined what qualifies as admissible rebuttal testimony under Rule 26 of the Federal Rules of Civil Procedure. The defendants failed to designate a technical expert to support their affirmative defense and counterclaims as an initial expert but tried to salvage the crucial testimony by appending it to their valuation expert’s rebuttal report. The court called this tactic impermissible “gamesmanship.” Its exclusion of the technical testimony came at a cost to the rebuttal valuation testimony.

Backstory. The dispute centered on the parties’ agreement to develop and sell a product called “The BarMaster,” a beverage inventory control system. The plaintiff argued in 2011 that the defendants conspired with a group of plaintiff employees to wring control from the plaintiff company’s management, and it sued for tortious interference with contract, unfair competition, civil conspiracy, and breach of contract.

The key issue in the case was whether The BarMaster was a viable product such that the plaintiff could produce a functioning machine and sell it at a profit. The defendants claimed that, at the relevant time, the plaintiff did not have a version that worked. They used this argument both to defend against the suit and to go on the attack, alleging the plaintiff breached their agreement by failing to develop a working, marketable product. The plaintiff countered that, prior to litigation, it successfully installed The BarMaster at one establishment and that it had other orders waiting.

The plaintiff presented expert valuation testimony, which the defendants sought to exclude under Federal Rule of Evidence 702 and Daubert.

Plaintiff’s expert assumes product works and sells. The plaintiff’s expert specialized in financial economics, valuation, and damages analysis across a variety of areas, including in intellectual property. To value the company, he examined its business plan; financial statements and projections based on a third-party valuation that was done prior to and without an eye to litigation.

In his report, the expert explained that sales projections for The BarMaster represented the backbone of his valuation and that he made several assumptions to create them. In essence, he assumed that, in 2011, the year the dispute unfolded, the plaintiff would “book no revenue.” The following year, sales would be limited to preliminary orders the plaintiff received at a March 2011 trade show in Las Vegas. Also, in line with “the enormous size of the potential market identified by [the plaintiff’s] market research,” the expert projected sales for The BarMaster to increase over the first five years to make up 5% of the plaintiff’s target market and assumed a 1% annual revenue growth in the following years. He concluded that, in June 2011, at the time of the defendants’ alleged misconduct, the plaintiff was worth about $88.7 million.

Moreover, the expert assumed that the company presently had value. Specifically, by his analysis, the 60 million shares of the company would be “potentially valuable if the company is able to restart its operation.” He assigned each stock a nominal value of $0.01 to arrive at a present value of $600,000.

The defendants claimed the assumptions the expert made rendered the valuation unreliable. They first took aim at the assumption that the Las Vegas preorders would develop into actual sales.

The court noted that other courts have distinguished between expert testimony that is “unpersuasive” but capable of being submitted to the jury and testimony that is wholly “unreliable” and, therefore, inadmissible under Daubert. The thinking behind this distinction was that courts should abstain from judging the factual underpinnings of an expert’s analysis or the correctness of the expert’s conclusions.

Here, basing future sales projections on the assumption that orders placed at the 2011 trade show would convert into sales did not make the expert’s calculation so unreliable as to make it inadmissible, the court said. The reason was that the expert did not simply make up sales numbers to use as a baseline or rely on “mere expression of corporate hope” but relied on “clear indicia of demand for the product.” The defendants would get an opportunity to attack this assumption in cross-examination, the court said.

The defendants also took issue with the expert’s assumptions that the plaintiff: (1) would be able to complete The BarMaster; (2) would be able to take the product to market according to its business plan; and (3) would subsequently develop a “more efficient” version of the product. According to the defendants, on the valuation date, the plaintiff did not yet have a working version of The BarMaster.

The court pointed out that the issue of whether or not there was a working machine was contested. Under the Advisory Committee Notes to Federal Rule of Evidence 702, it was improper for a court to exclude one expert’s testimony based on “the ground that the court believes one version of the facts and not the other.” The bar to excluding expert testimony based on faulty assumptions was high, the court added, and none of the defendants’ objections met them.

The defendants said the expert’s assumption that there was a huge market for the product and a potential for international sales also lacked a foundation.

The court disagreed again. The expert analyzed the plaintiff’s competitors and undertook studies of the domestic and international market for the product to support this assumption, the court observed.

Finally, the defendants attacked the expert’s assumption that the company currently was valuable. They objected that, under the expert’s scenario, “an individual can start a company, arbitrarily choose the number of 100 million shares of stock, and [the expert’s] methodology would value that entity at $1 million.”

The court found the defendants had provided no evidence that showed the number of outstanding shares the expert used was arbitrary.

Accordingly, it admitted the plaintiff expert testimony in its entirety.

Contortions to qualify testimony as rebuttal. The defendants did not offer initial (affirmative) valuation testimony, but, at the last minute, submitted a rebuttal report from a CPA and credentialed business valuator. This rebuttal report drew on a technical report from a specialist in wireless communications and radio frequency technology that concluded that The BarMaster technology was “fatally flawed.” The defendants’ valuation expert attached the technical expert report as an exhibit to his report.

The defendants strained to argue the technical report was rebuttal testimony. They said it spoke to the “same subject matter” as the plaintiff expert’s valuation report and it disputed the plaintiff valuator’s conclusion that The BarMaster was a viable product.

The court dismissed the defendants’ line of argument. It emphasized that the defendants had the burden to support their affirmative defense with initial expert testimony as to the technical feasibility of The BarMaster and were responsible to offer the testimony during the relevant time frame. By failing to do so, they deprived the plaintiff of the opportunity to offer rivaling technical expert testimony.

As the court put it, “an expert cannot be said to ‘rebut’ testimony he or she has never seen or reviewed.” Moreover, the two reports did not engage with each other, as became obvious when one read the technical report alongside the plaintiff expert’s valuation report. The valuation report did not include a technical analysis of The BarMaster but presented a sales projection to value the company at the time of the tortious interference. Although the valuation report assumed the machine was viable and that the company in time would develop a more efficient version that would improve sales, the valuation report was not focused on whether the technology worked and whether it could be sold to and installed in businesses. Whether the technology worked or could ever work was the issue at the heart of the dispute, the court noted. “If the purpose of expert testimony is to contradict an expected or anticipated portion of the other party’s case-in-chief, then the witness is not a rebuttal witness or anything analogous to one,” the court continued to say.

As the court saw it, when, as here, a party’s case—particularly in terms of damages—pivots on the workability of a product, one might expect the defendants to introduce testimony on this question by way of an initial expert. Here, the defendants failed to do so, but then they tried to “backdoor” the testimony by calling it “rebuttal” testimony and appending it to the rebuttal testimony their valuation expert prepared. The court called this tactic an attempt “to sandbag” the plaintiff, which ran afoul of Rule 26.

Valuator as mouthpiece. The court also rebuffed the defendants’ argument that the testimony should come in because its author was the type of expert on which the defendants’ valuation expert could reasonably be expected to rely. In support of their point, the defendants cited a case in which a federal court found that it was reasonable for an expert real estate appraiser to rely on calculations from an architect because appraisal experts normally rely on such data to form opinions on the diminution of the market value of property resulting from deferred maintenance.

The circumstances in the two cases were not comparable, the court in the instant case said. The defendants failed to show how an expert in radio frequency systems was the kind of expert on which a CPA and valuator would normally rely on for his or her business valuation. Moreover, the defendants’ valuation expert did not state that he independently verified the work of the technical expert or state that he would be qualified to do so. Here, the valuation expert merely served as the mouthpiece of a scientific technical expert who operated in a wholly different field.

Excluding the technical report meant that the defendants’ valuation expert was not allowed to testify about The BarMaster’s technical flaws since he lacked the expertise to comment on this point. But the court allowed him to say he had seen no evidence that supported an assumption that The BarMaster was a viable product—thus, rebutting the opposing valuation expert’s assumption.

Finally, the court struck parts of the rebuttal expert’s valuation on the ground that they went beyond the scope of expert testimony. Several statements were legal conclusions, including a section that stated the plaintiff had failed to mitigate damages and parts that claimed the plaintiff expert’s valuation report lacked evidentiary value. The statement that the plaintiff “had the elements of a [P]onzi scheme,” was inadmissible since the term “Ponzi scheme” was a “loaded term” that required evidentiary support before it came in front of the jury. Here, the defendants’ valuation expert did not point to indications that the plaintiff’s leadership raised money to pay amounts due to earlier investors. Also, the rebuttal valuation expert maintained the plaintiff had “no patentable IP,” but he lacked the expertise to make such a sweeping statement, the court noted. It limited his opinion on patents to statements that the plaintiff “held no issued patents.”