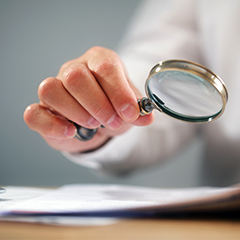 The Delaware Court of Chancery has on numerous occasions called out major financial institutions for providing erroneous or even “motivated” valuations. But few opinions include more searing criticism than a decision from Vice Chancellor Laster, in which he said a major accounting firm’s work on a spin/merge transaction “reached a new low.”

Zero-tax goal: A healthcare company tried to raise money to keep two promising but not yet profitable business units funded and generate revenue for its stockholders by spinning off the two entities and merging the remainder of the company with the acquirer. The goal was to avoid a corporate tax liability for the company’s controlling shareholders. For this purpose, top management hired accounting firm 1 to produce IRS-driven valuations. Firm 1, using manipulated projections the company provided, produced a transfer tax valuation that said the first spinoff was worth about $47 million and the second about $15 million. In a different context, management had said one unit was worth about $150 million to $300 million and had expressed optimism that the other unit in time would generate a lot of money.

Uncomfortable with the valuation, the buyer insisted on a second, “independent,” valuation from a different accounting firm. Firm 2 regularly had prepared stock option-related valuations for the seller, using a combination of discounted cash flow analysis and comparable company analyses. Despite different valuation dates, the inputs were generally consistent and so were the results. Also, all the valuation determinations consistently showed that the two separated entities contributed at least a third of the company’s total value. In contrast, the spinoff values firm 2 generated were so low that they only represented 7% of the combined enterprise value for the company in relation to the $725 million deal price.

Employees, who owned about 3% of the company in the form of stock options, sued, claiming that management, driven by tax considerations, had intentionally, and to the detriment of the option holders, undervalued the separated entities.

Copy job: The court agreed. “The option holders were collateral damage,” the court said. Even if the company probably did not want to harm its employees, once management had devised a plan to achieve a zero-tax outcome for the controlling stockholders, it was willing to sacrifice the employees’ interests.

The court called the valuation determination underlying the option price “arbitrary and capricious.” The report firm 2 produced was an example of action “so egregiously unreasonable as to be essentially inexplicable on any ground other than subjective bad faith,” the court said. It noted that the firm’s past work showed that it was capable of valuing the two separated entities as going concerns. But for the spinoff the firm abandoned its rigor and methodology. The firm’s employees viewed their task as “just copying [firm 1’s] report and calling it our own,” which is what they did, the court said. “The copy job was so blatant that the output matched [firm 1’s] even when the inputs differed.” When firm 2 did its own work, it made “fatal errors, such as using the materially lower figure for nine-month trailing revenue rather than twelve-month projected revenue,” the court pointed out. At trial, the defendants “wisely” tried to distance themselves from firm 2’s valuation by saying no one relied on it.

The court determined that damage to the option holders amounted to over $16.26 million.

Takeaway: In trying to understand what motivated the participants in this “transgression,” the court said that humans cross lines when the transgression can be rationalized, the benefits seem immediate, and the potential costs seem distant considering the slim chance of detection and the possibility of a successful defense or settlement. But, as this case illustrates, bad deeds do get uncovered and the cost to reputation may be high.

« A Closer Look at the Excess Earnings Method
Setting Up a Home Office in Maine? »