Timing is Everything: How to Handle Subsequent Events in Valuation 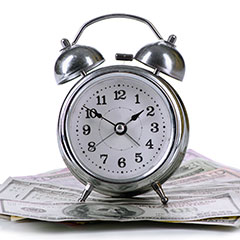 Business valuations are prepared as of a specific date, similar to balance sheets. Sometimes a valuation’s effective date is in the past, and events have occurred after the valuation date that would have impacted the company’s value if investors knew (or could have known) about them beforehand. These retrospective valuations are common in litigation and tax matters. It might be tempting to use hindsight when preparing retrospective valuations, but appraisers must tread lightly when it comes to considering subsequent events in valuation.

Unless the information was available on (or before) the valuation date, the following provision suggests that subsequent events should not be factored into fair market value estimates. IRS Revenue Ruling 59-60 also states, “Valuation of securities is, in essence, a prophesy as to the future and must be based on facts available at the required date of appraisal.”

Both the Uniform Standards of Professional Appraisal Practice (USPAP) and the American Institute of Certified Public Accountant’s Statement on Standards for Valuation Services (VS) Section 100, provide guidance on the treatment of subsequent events, but the guidance differs somewhat. USPAP says, “Data subsequent to the effective date may be considered in developing a retrospective value as a confirmation of trends that would reasonably be considered by a buyer or seller as of that date.”

USPAP provides for consideration of subsequent sales as a confirmation of the date of value conclusion, but neither USPAP nor VS Section 100 specifically address a subsequent sale of the business or an interest in the business. However, VS Section 100 specifically notes that only information known or knowable as of the valuation date should be considered.

In litigation involving retrospective valuations, the differences between subsequent events guidance provided under USPAP and VS Section 100 could cause differing conclusions of value. As is sometimes the case, USPAP’s position is somewhat vague. It implies that subsequent information can be used to determine a value at an earlier date, but at the same time says it’s to be used only as confirmation of “trends.”

For example, in Ringgold Telephone Company v. Commissioner (T.C. Memo 2010-103), the court considered a subsequent sale of the subject business interest. In accordance with the ruling in Ringgold, the following events might be fair game:

Interestingly, in Ringgold, the Tax Court didn’t apply the “reasonably foreseeable” criterion to a subsequent sale, but only the existence of such a sale. In this case, the sale took place approximately six months after the valuation date, which the Tax Court considered to be within a reasonable period for consideration.

Be Ready to Disclose and Defend

Like many other gray areas that arise in valuation, the best answer is for the valuation analyst to disclose and discuss in the report how the issues have been resolved and be prepared to defend his or her position. When preparing retrospective valuations, appraisers may disagree about whether or not to consider subsequent events. Contact Filler & Associates for assistance on handling subsequent events in valuations.