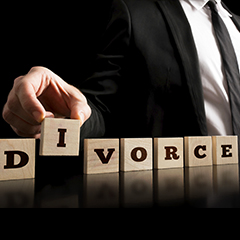 Hire a valuation expert. That’s the message the Alaska appeals court sent in a ruling involving a professional practice caught up in a divorce. The opinion also includes a good summary of the state’s position on goodwill.

‘Evidentiary void’: The husband was a licensed naturopathic physician who owned two practices on the Kenai Peninsula in Alaska. After filing for divorce, the wife obtained a court order directing the husband to pay her $10,000 to take care of interim attorney fees and to hire an expert to value the business. Even though the husband paid, the wife did not retain a valuation expert. Neither did the husband.

At trial, the husband testified that his business had zero market value, reasoning that the only similar business on the peninsula was for sale for over a year but did not sell and was taken off the market. The wife did not present any evidence to the contrary or, for that matter, any alternate valuation. Instead, she claimed there was an “evidentiary void” as to the business value and maintained that the practice should be valued at $500,000 “to account for its goodwill as an ongoing established business.” She offered no support for that claim.

She did, however, provide evidence of the business’s various assets and their values. The trial court adopted the individual asset values for purposes of dividing the marital estate. At the same time, based on the husband’s testimony, the trial court found the business had zero goodwill value. The wife appealed the business valuation to the state’s highest court, arguing the trial court should have directed the party with the best access to data—that is, the husband—to fill the evidentiary void. The husband countered that there was no evidentiary void since he had testified as to the market value of the business.

The state Supreme Court noted that the burden of supplying sufficient evidence for the record lay with the parties, not the court. If a party fails to do so, he or she may not later attack the adequacy of the evidence on appeal. In this instance, the trial court provided the wife with the resources to gather valuation evidence, which she failed to do. Accordingly, the trial court did not abuse its discretion when it declined to order the husband to present additional evidence about the value of the practice.

The state’s highest court also upheld the trial court’s goodwill ruling. It was based on the husband’s testimony that there was no marketable goodwill. “[V]aluation evidence from the parties alone is sufficient to determine marital property value,” the appellate court noted.

Takeaway: It’s not clear why the wife—or her counsel—did not offer any kind of business valuation. But the failure to spend money on an alternate appraisal proved a costly blunder.