Admissibility Does Not Depend on Personal Knowledge of Facts 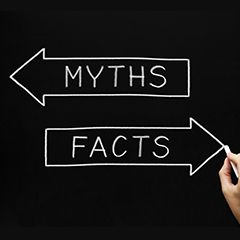 The latest dispute in the long-running litigation between several garbage disposal companies and a Missouri county focused on the trial court’s damages findings. The county argued damages were based on inadmissible and unreliable lost profits testimony from the haulers’ expert. In addressing the county’s objections, the appeals court chided the county for failing to challenge the factual underpinnings of the testimony at trial through cross-examination and a counterexpert opinion.

Two-year waiting period. The suit involved three waste disposal services (haulers) and St. Louis County (county). When the county implemented a new trash collection program in 2007, it stopped using the three haulers and awarded the contracts to other companies. However, a statutory provision required the county to give the existing haulers two years of notice before the county could enter the business of trash collection.

Initially, the county contested the applicability of the statute to the situation at hand. But it lost that argument in the state Court of Appeals. Subsequently, the trial court found the county was liable for violating the statute and held a trial on damages during which the haulers presented testimony from a damages expert who was a CPA, a certified valuation analyst, and a financial forensics analyst. It awarded the companies $1.2 million.

The county and the haulers appealed the trial court’s judgment to the state Supreme Court, which affirmed as to liability, finding the haulers had a right to continue providing trash collection services during the two-year waiting period. It also said the haulers were entitled to “their projected receipts from their contract price [for their services], minus any business and operational costs Haulers would have incurred while providing [trash] collection services, considering all the circumstances.” The state high court remanded, ordering the trial court to allow the parties to conduct discovery, present additional evidence, and cross-examine witnesses as to the amount of damages.

In a second trial, the haulers relied on the same expert testimony they had offered in the first trial. The county did not present any witnesses or additional evidence. Instead, it repeated its earlier objections to the damages testimony, claiming it lacked foundation and was based on inadmissible hearsay.

Expansive view of damages. The haulers’ expert first calculated lost revenue based on the number of customers each hauler lost during the two-year waiting period and then subtracted variable costs incurred in the production of the revenue. He explained that he relied on information the haulers provided, specifically their databases and their unaudited profit and loss statements covering a two-year period. The databases provided customer information, including a customer’s name, address, the type of trash collection available, the applicable monthly rate, and the start and end dates of service. The expert said he received the information from the haulers via a “data dump.” He called the actual database “a live system” that reflected the most current information. He then tested the information using a mapping program to confirm the address of each listed customer. Once he knew the location of a property, he was able to identify the revenue associated with the lost services for each property based on each lost customer’s monthly rate. Finally, he multiplied that amount by 24 months to cover the two-year waiting period.

He had “[no] reason to doubt the accuracy of the information,” he said on the stand. He repeatedly noted that his calculations relied on information reasonably relied on by experts in his field.

He said determining variable costs was “a matter of obtaining profit and loss statements and reviewing the individual line item expenses to understand the nature of the expense, how it’s affected by daily operations, its ties to revenue, and just overall professional judgment and experience.” He explained that subtracting variable costs from revenue was a method that “experts in [his] field would normally use to calculate lost business profits.”

Moreover, he decided to include damages related to growth, rate increases, disposal fees, uncollectible accounts receivable, and layoff costs in his lost profits calculation. The county objected to the expansion of damages based on these categories. When cross-examined on these components, the expert conceded weaknesses. For example, he said that “damages for growth” stood for revenue that the haulers lost from customers “they never had.” He admitted that in determining damages for one hauler he used rate increases even though the company president refused to furnish the backup information the expert had sought. The expert allowed that the disposal fees included in another hauler’s damages did not go back to the county’s violation of the waiting period. He agreed that in terms of uncollectible accounts receivable, nothing stopped the hauler from recovering the amounts by filing suit against the customer or taking other actions. As for layoff costs, he conceded that he was not aware of any contract that required a hauler to pay severance to its laid-off employees.

The expert concluded that damages for all three haulers amounted to over $10.1 million.

The trial court found that the expert was well qualified, used a methodology and information that experts in his field rely on, and also based his calculations on sources that were reasonably reliable. However, the court found the damages related to growth, rate increases, disposal fees, uncollectible accounts receivable, and layoff costs were too speculative. Therefore, it excluded the respective amounts. Accordingly, it arrived at a total amount of damages of approximately $5.9 million.

Dearth of contradictory evidence. The trial court’s findings on damages prompted a second appeal from both sides.

That argument had no force of persuasion. The appeals court noted that, under applicable state law, an expert was allowed to base his opinions on information “derived from sources outside of court and other than by his own perspective.” In fact, said the court, most of the time, expert testimony is based on facts that the expert did not observe firsthand and of which he had no personal knowledge. The key is whether the facts and data are reasonably relied on by experts in the field and are otherwise reasonably reliable.

Here, the county “put on no evidence to contradict” the expert’s assertions that his methodology and the information he used for his calculations satisfied those criteria even though the county had the opportunity to do so. The trial court did not err in deferring to the expert’s testimony. Further, “any weaknesses in the factual underpinnings” of the expert’s testimony did not go toward admissibility but credibility of the witness, the appeals court said. The county could have conducted discovery and cross-examined the experts on the facts and data he relied on and impeached him. It could have introduced its own expert testimony to convince the trial court that the haulers’ expert was wrong. It failed to do so. As a result, the trial court for the most part relied on the sole expert’s damages calculation and “implicitly” found the expert to be credible. But the trial court did not simply adopt the testimony but rejected damages that it considered too speculative. Therefore, the appeals court deferred to the trial court’s findings.

The county also attacked the expert’s methodology, claiming: (1) the lost profits calculation included revenues the haulers would have received from customers who decided to halt trash collection services before the county’s new program started; and (2) the expert improperly used the haulers’ unaudited profit and loss statements instead of their income tax returns.

The appeals court noted that the county contested these particular factual issues earlier, but the trial court discounted the objections. The trial court, as the finder of fact, “was free to believe or disbelieve any, all, or none of [the expert’s] testimony.” It is not the appeals court’s role to “re-evaluate [the] testimony through its own perspective.”

According to the appeals court, this objection, too, related to determinations of witness credibility, which were the province of the finder of fact—here the trial court.

Because the haulers established damages with reasonable certainty, the trial court’s lost profits award was based on substantial evidence, the state Court of Appeals said and affirmed the award.