Beware of Deviating From Objective Standards in Lost Profits Calculation 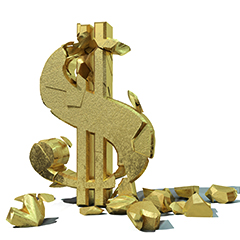 “Trust, but verify,” is a motto that has stood politicians in good stead. Valuators should take it to heart as well, as illustrated by a Daubert case in which an experienced expert abandoned his standard operating procedure to accommodate the client’s narrative.

Four-step analysis: For over 10 years, the plaintiff worked as an agent/broker for an insurance carrier. Then, the insurer terminated the parties’ contract, alleging the plaintiff had tried to commit fraud against the company. At the time of termination, the plaintiff was 70 years old.

The plaintiff, in turn, sued for breach of contract, breach of the covenant of good faith and fair dealing, breach of fiduciary duty, and “intentional interference with business relations.” Because of the unlawful termination, he lost contracts and was unable to “gain a similar agency status” with another company, he contended.

To show damages, the plaintiff offered expert testimony from a CPA who specialized in business valuation and forensic accounting. The expert performed a forensic accounting study of lost profits for a period of 10 years after termination. The calculation essentially broke down into four steps: (1) analyzing the plaintiff’s “historical gross revenues from commissions, the related business expenses and resulting net profits” from 2005 to 2012; (2) determining that the plaintiff had a work-life expectancy of 10 years; (3) using data from the Insured Retirement Institute regarding sales of annuities on a national level as a yardstick to project the plaintiff’s future annual gross commissions income; and (4) valuing the plaintiff’s “book of business” at 1.5 times the projected gross commission income for the year 2020.

The present value of future lost profits was over $486,000, the expert concluded.

Ten-year work-life estimate: In its pretrial Daubert motion, the defendant particularly attacked the expert’s assumption that the plaintiff would continue to live and work for another 10 years, based solely on the plaintiff’s statements that he was in good health, loved working as an insurance agent, and thought of the work as “retirement work.”

The expert even testified that he typically used objective data for his calculation, including the Skoog-Cieka work-life expectancy study, which, he said, was based on Bureau of Labor statistics and other Census Bureau data. The study featured tables that address work-life expectancy based on gender, age, education, and work experience. In this case, he explained, he could not use the tables because the plaintiff was older than the maximum age listed in them.

In deposition, he also noted that other tables were available based on studies of self-employed persons. He said he did not remember the names of the studies but “recalled” they showed self-employed people “typically work five to ten years longer than the work-life expectancy tables.” He said that, even though he had used the studies in other cases, in this instance he solely relied on the plaintiff’s statements.

The court agreed with the defendant that the expert’s failure to adhere to an objective standard made the analysis inadmissible. It observed that each of the Skoog-Cieka tables listed a maximum age of 75. The mean work-life expectancy for a 70-year-old male with a high school diploma was 3.74 years and the median was 2.5 years. The expert’s 10-year work-life estimate was nearly three times that suggested by the Skoog-Cieka tables, the court pointed out.

And, even though the expert’s failure to use the Skoog-Cieka study to estimate the plaintiff’s work-life expectancy did not in itself render the calculation unreliable, his failure to use any objective standard did, the court said with emphasis. It also found the expert’s calculation of the book-of-business value was seriously flawed and excluded the testimony.

Takeaway: This case is another example of what happens when an expert simply takes the client’s word for it and veers from the customary approach. In the final analysis, the expert’s “eagerness” to support the client’s position may have cost the latter the case, leaving him without credible damages testimony.