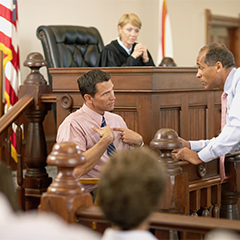 The valuation opinions of nonexperts can be a useful reality check on the opinions of bona fide valuation experts, says the Delaware Court of Chancery in a case that involves an increasingly popular technique known as “appraisal arbitrage.” The court’s finding applies to other cases involving valuation matters.

Discovery dispute: Two investment firms bought millions of shares in Dole stock as part of an “appraisal arbitrage” strategy. This technique involves acquiring stock in a company that’s a takeover target. Then, the investors try to squeeze more money from the buyers by opposing the takeover and petitioning the court for a fair value appraisal. During discovery, Dole tried to obtain from each of the petitioners internal valuations they had done of Dole prior to the litigation as well as valuations done in connection with buying and selling stock and the appraisal action. The firms resisted production of the documents, arguing that the valuations were not the work of valuation experts and, therefore, were not admissible in court.

Dole filed a motion to compel disclosure of all prelitigation valuation-related information, even if laypeople prepared it.

‘Battle-of-the-experts’ cliché: The court noted that under the discovery rules generally anything not privileged was discoverable as long as the material was relevant. Importantly, the relevant material need not be admissible but need only appear “reasonably calculated to lead to the discovery of admissible evidence.” The court called this aspect “potential admissibility.” Here, the firms soon realized that they could not claim the valuations Dole wanted were irrelevant. Instead, they argued that none of the material or testimony would result in admissible evidence. The prelitigation valuations were opinions, not facts, and valuation in an appraisal action was “purely a matter for the experts,” they claimed. After all, many courts have talked about “the battle of the experts.” Since the witnesses were not experts under Rule 702, they could only give lay opinions under Rule 701, but these did not fit into the narrow exceptions for the admissibility of lay opinions.

The court said the petitioners presented an “idealized depiction of valuation as a scientific process” when the “martial metaphor suggests the need to consider other evidence as a check on the warring experts’ model.” One piece of evidence was the contemporaneous view of financial professionals “who make investment decisions with real money.” The firms’ internal valuations represented “real-world” assessments by “astute” investors. As such, these value opinions may “be as or even more credible than the litigation-crafted opinions of valuation experts.”

The witnesses in this case “likely” could qualify as experts, the court said. But, even if they were deemed lay witnesses, their opinions could come in under Rule 701 because the assessments would be helpful to “the determination of a fact in issue.”

Takeaway: Valuators should take a look at this case not only because it provides information on what’s discoverable, but also because it gives insight into the court’s perception of the valuation profession. The Chancery finds lots of support for its skeptical attitude toward valuation expert testimony in case law and the academic literature and lays it all out.