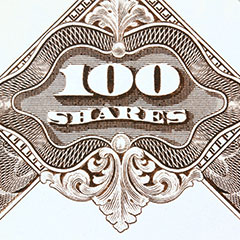 When the owners of a C corporation sell their business’ stock for a large profit, usually they are taxed at a maximum federal rate of 20 percent, as long as they’ve had the shares for more than a year.

Relatively speaking, this tax rate isn’t too bad. However, a tax-free sale to an ESOP would be even better.

Companies establish ESOPs, a type of qualified employee retirement plan, for their workers. They differ from other types of qualified plans in that ESOPs are intended to invest in stock of the company that set up the plan. A newly formed ESOP is eligible to borrow money from the corporation or from a bank and use that cash to buy some or all of the owner’s shares. Under the tax rules, however, a newly formed plan must own at least 30 percent of the company stock.

Then when the ESOP acquires its shares, the company will make annual deductible contributions to the plan. Eventually, those contributions will pay off the ESOP’s loan, and the plan owns the shares free and clear. As the corporation’s employees become vested in their accounts, shares are allocated to those accounts. What finally happens is that the employees become indirect stockholders through the ESOP.

The unique tax advantage that comes with the ESOP is that the company effectively is able to deduct both the principal and the interest of the loan. This is due to the fact that the corporation’s contributions to the ESOP are used to pay both the principal and interest on the plan loan that was used to buy the business owner’s stock. Another advantage is that the business owner can choose to defer the federal income tax bill on the profit from selling shares to the ESOP. The owner just has to reinvest the proceeds in what is referred to as “qualified replacement securities”, which can include publicly traded stocks and bonds.

Conclusion: In essence, with the ESOP stock sale, a qualified business owners can trade their company stock for ultra-liquid publicly traded investment securities. While doing this, they postpone or maybe even eliminate the federal income tax bill. Of course, there are other considerations, and professional tax and valuation advice is needed to pull it off. Contact Filler & Associates to learn more about an ESOP stock sale.

« What Should You Do When Asked About Former Employees?
Avoid Costly Equipment Buying Blunders »