What is the Rationale for Net Book Value in Damages Analysis? 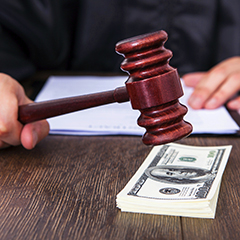 How do you assess damages in a situation in which one of two equal shareholders died and the surviving partner feels compelled to open a new company that does the same work as the original company? A divided appeals court recently dealt with the issues of proper method of recovery and whether the trial court erred when it dismissed disagreement between the experts as just “getting bogged down in an argument over the terminology used to describe the valuation of [the company].”

Two companies, same function. Two men jointly owned land and decided to set up a business on it that bought and sold rocks. Each man owned a 50% interest in the company. One partner also owned a construction company that was one of the rock supplier’s major clients. The rock business operated on a line of credit that both partners personally guaranteed and that was the primary source of funds for buying inventory. Ten years after the company’s formation, in 2006, one partner died; his stock in the company and the land transferred to the estate. Meanwhile, the line of credit necessary to keep the business going was about to expire. When the surviving partner was unable to obtain a timely loan guarantee from the estate’s executors, he set up a new company on the same property performing the same services as the subject company and selling to the same customers. He completed the subject company’s contracts and paid its debts. He tried to keep profits attributable to the subject company separate from profits belonging to the new company.

He then asked the court for a judgment declaring that: (1) he had the right to invest in and operate his own rock-supplying business; (2) he had not breached a fiduciary duty to the subject; and (3) he had the authority to sell the subject’s existing inventory, collect its accounts receivable, and use incoming money to pay the company’s debts. The estate countersued, accusing the surviving partner of breach of fiduciary duty and usurpation of a business opportunity. It sought lost profits damages.

The trial court determined that the balance sheets showed the company was solvent, but it lacked “a substantial amount of equity with which to continue on with the business.” Without credit, it was not likely to stay in business for very long. The court also found the surviving partner had a duty to cooperate with the estate. He failed to give the estate adequate time and the financial information it needed to make a considered decision on the loan guarantee issue. Therefore, his argument that the estate’s failure to renew the credit line relieved him of his fiduciary duty to the subject company lacked merit.

A matter of semantics? A separate trial took place for damages. Both sides presented experts, who disagreed as to the proper valuation method, prompting the trial court to say: “Whether you call it asset based or net book value or lost profits, this Court is merely concerned with how and whether to value this business.” The court’s opinion does not describe the expert testimony in great detail, but it says that the court ultimately fashioned a remedy by taking parts of both experts’ calculations and by reviewing the financial records of the two companies.

The court found that the company “was never all that profitable.” It added that, if the court “were to carry its business assessment forward to the year 2012 based on the financial records of both companies, the Court would merely be placing a net loss in the hands of the corporation.” For equity’s sake, it said, it would look to the subject’s past performance to calculate lost profits after 2007. It first adopted the book value calculation the surviving partner’s expert offered to capture the value of the business as of the end of 2007. Specifically, the expert took the year-end net book values for 2006 and 2007 and backed out all expenses, all erroneously placed expenses personal to the surviving partner, and all accounts receivable from the partners. He then added in the value of the corporation’s remaining assets—a front-end loader and a heating and cooling unit—and arrived at a total net book value of over $125,500.

In terms of lost profits, the court adopted the $21,000 average net income figure the estate’s expert determined for the period 2000 to 2007. It decided to award lost profits for five years, 2008 through 2012, considering the acrimony between the parties and the likelihood that the business would not have continued for very long. Adding the total net income to the net book value yielded $230,100 in total damages owed to the subject company, the court decided. Because the estate was one of two shareholders of the company, it had a right to half of the total damages.

The court dismissed the estate’s claim to one-half of the lease payments owed to the subject company since 2007. It credited the surviving partner’s testimony that there had been no such payments in the past five years. Also, said the court, both partners were equally responsible for any lease payments and equally entitled to one-half of the proceeds. Therefore, the issue “creates a wash.”

The surviving partner contended that the trial court’s calculation properly relied on parts of both experts’ analyses and that it “fell within accepted methodologies to arrive at a reasonable calculation.”

The appeals court sidestepped the issue of whether the trial court erroneously built its damages on the opposing expert’s net book. Instead, it found that the trial court properly determined future lost profits for five years by looking to “historical lost net profits” and adopting the figure the estate’s expert proposed. The methods the trial court used did not constitute an abuse of discretion, the appellate court said.

The estate also claimed the trial court’s damages calculation “greatly underestimated” the lost profits by failing to consider unreported rock. That argument also had no traction. There was conflicting expert testimony on the issue, the appeals court said. The trial court had discretion to find in favor of the surviving partner’s expert.

Conflict of interest claim. In an argument related to admissibility, the estate claimed there was another reason to exclude the opposing expert under the state’s Rule of Evidence 702. On cross-examination, the expert admitted that his firm did tax work for the surviving partner and his businesses. This relationship represented a conflict of interest and compromised his objectivity in the case at issue, the estate maintained. It rendered his valuation opinion unreliable.

Once again, the appeals court disagreed. Rule 702 required that the expert be qualified and the testimony be relevant and reliable. Here, the expert had decades of experience as a business valuator. He was certified in financial forensics and had served as an expert in all types of accounting-related areas, including business valuations and lost profits calculations. There was no doubt that he was qualified. At the same time, at trial, the estate had an opportunity during voir dire and cross-examination to question the expert about his ability to provide an objective and independent opinion in the case. He said he could. The trial court was in the best position to assess the credibility of the expert witnesses, and it accepted the expert, the appeals court noted.

‘Illogical’ calculation? Four judges on the Court of Appeals disagreed with the majority’s decision. They found that the trial court committed reversible error when it reduced the experts’ arguments over the damages calculations to a matter of “just splitting hairs.” In fact, the court’s minority said, “[The experts] were testifying about detailed and important accounting terminology.”

The law required the use of a lost profits analysis where there was a claim of breach of fiduciary duty as well as where there was a claim of usurpation of a corporate opportunity, the dissent pointed out. There was no authority supporting the trial court’s use of a business valuation analysis in this case. In fact, it was “illogical” to include a “net book value” calculation in a damages calculation, as the trial court did. In a dissolution case, a shareholder has a right to the distribution of the proceeds of the corporation’s remaining assets, the minority explained. “‘Net book value’ is simply an accounting term that is not directly related to the actual value of the corporation’s assets,” it went on to say. “There is simply no case to support this conclusion,” the dissent said, rejecting the trial court’s damages analysis.