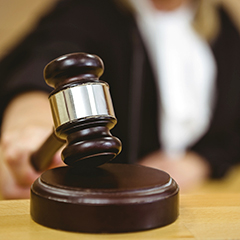 Sometimes courts face a hard choice, having to decide between equally compelling and competent valuations. Not so in a recent fair value proceeding in which the skills gap between the testifying experts made it easy for the court to pick the winner.

The petitioner and the respondent were the two owners of a New York company that installed solar energy panels on buildings. Business boomed, and the company enjoyed an 80% market share until competition increased, cutting that share to 11%. Also, there was uncertainty over the fate of federal and state tax incentives offered to users of the panels. The owners began to argue over the direction of the business. The respondent submitted a strategic growth plan to the board of directors that proposed expanding into new markets. The board approved it over the petitioner’s objection, who then filed for dissolution of the company. The respondent opted for a buyout of the petitioner’s shares. Both sides presented expert testimony about the fair value of the petitioner’s interest.

Both appraisers calculated the value under the income and market approaches but used different methodologies. Under the income approach, the petitioner’s expert performed a discounted cash flow (DCF) analysis. He used the five-year projections the management board had approved but applied a company-specific risk premium to account for “forecast risk.” At the end of the forecast period, he reduced the growth rates during the remainder of the 10-year discrete forecast to only inflationary growth in the terminal value. He studied the company’s financials and
corporate structure and assessed the recently adopted busine ss growth plan. He also researched the industry and found that New York State had extended the tax credits through 2016 and had started another program to incentivize consumers to install the panels. Greentech Media, a leading source of news and analysis of green technology, forecast 60% annual growth in the industry over the next three years. Also, the company’s 2013 revenue exceeded that of the previous year by 35%. The final value, weighting results from the income and market approaches, was $3.8 million, he concluded.
The respondent’s expert, on the other hand, used the capitalization of weighted earnings method. The court noted that this approach assumes that a company has long-term stable cash flow but that the expert conceded that the company’s cash flows and earnings were not consistent during the preceding four years. He also said that the DCF was his preferred method. The court discredited his valuation. It pointed to multiple flaws, including the expert’s failure to include either a growth rate or management projections.
He was unaware of the board’s growth strategy plan and did not know that the board had decided to reinvest dividends in the company to stimulate growth. According to the court, he “severely underestimated even his client’s own projections.” The court’s verdict regarding the respondent expert’s market-based analysis was even harsher. It had “severe deficiencies” that prevented calculating a credible fair value for the company, the court said. Except for a slight adjustment for the marketability discount, the court adopted the petitioner expert’s $3.8 million value.

In reflecting on the testimony, the prevailing expert, Greg Scheig (ValueScope Inc.), points to a few things that resonated with the court. He says the judge really responded to his industry research and knowledge of details crucial to the case: the federal tax credits and the New York State-specific initiatives. He notes that incourt he discovered there was an unnecessary EBITDA adjustment in his market-based analysis due to a misunderstanding on the client’s part regarding the financial statements. What saved the opinion, he says, was his immediately admitting the erroneous adjustment and his being able to redo his conclusions, calculator in hand, on the stand. It was important to provide the court with a revised, conclusive answer, he says, rather than leaving the valuation with a huge question mark and an opening for attack from opposing counsel.
Contact Filler & Associates to learn more about court rulings and valuations.
« Evaluating a Business Valuation Report
Protect Receivables from the Outset »