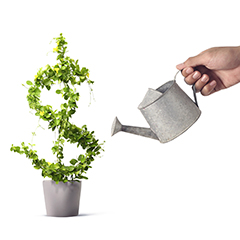 After a recent U.S. Tax Court decision, current deductions aren’t allowed for most expenses incurred during the start-up phase of a new business. When compared with the federal treatment of start-up expenses, it can be confusing for small business owners. Here’s what the rules for deducting start-up costs actually are:

Current necessary expenses for daily operation of a small business can be deducted. Under section 162 of the tax code, eligible expenses are basically routine expenses incurred in operating an up-and-running business. This can include things like advertising, as well as employee wages and rent. These types of expenses are deductible the year they’re paid.

Many small business owners don’t know that these types of expenses can’t be deducted right away for companies in the start-up phase. That’s because these expenses are classified as Section 195 start-up expenses until the active conduct of business begins.

Once the business meets the active-conduct standard, the expenses become Section 162 expenses, and can be deducted currently, assuming other provisions don’t come into play and prevent current deduction eligibility.

Section 195 start-up expenses are Section 162-type expenses that are incurred before the business’ activity actually starts. This can include costs like investigating the creation of a new business, or any activity that is in anticipation of a company becoming an active business. Other examples are employee training or marketing prior to the business’ opening.

Recently, there was a Tax Court case that showed how important it can be for taxpayers to avoid certain things when trying to deduct start-up expenses. In this case, the taxpayer was a civil engineer with 25 years of experience as a highway designer and construction engineer.

In 2008 he decided to start a new business, while still employed in a full-time job. He set up an office in his home, and selected the name Civil Engineering Services (CES). He also printed business cards, designed stationery and set up a website. He purchased things like a computer, desk, and other business necessities for his home office.

In mid-2008 he decided to spend more time developing his new company. This small business owner had a lot of contacts in the engineering field from his many years of work experience. After his regular work hours he often visited construction sites to speak with people, hand out business cards, and nurture contacts.

In addition to promoting his business, he used these visits to stay abreast of developments in the highway construction engineering industry. He continued these trips throughout 2009, 2010 and 2011. In late 2010, he began working full time on CES.

On his 2009 and 2010 federal income tax returns, the taxpayer claimed business deductions totaling $46,629 and $45,618, respectively, for expenses purportedly incurred in the new business. The IRS disallowed the deductions, after an audit, because the claims weren’t properly substantiated, and CES hadn’t actually started any business. This was due to the fact that CES didn’t have any clients, wasn’t hired to perform any services, and hadn’t bid on any highway engineering jobs. Also, the taxpayer had earned no income.

These disallowed deductions led the taxpayer to have a delinquent tax bill of about $30, 000. There was also a substantial tax penalty added, due to the underpayment. In the case, the Tax Court upheld both the underpayment and the penalty. (Tarighi v. Commissioner, T.C. Summary Opinion 2015-28).

Historically, the Tax Court has focused on three factors to determine if a taxpayer has begun the active conduct of a business:

The Tax Court concluded the taxpayer wasn’t actually operating a business during 2009 and 2010. CES didn’t have any income or clients and didn’t bid on any jobs during those years, and even though the taxpayer did pursue promotional activities, he wasn’t trying to earn a profit in those years, because he didn’t pursue contracts or bid on jobs.

Finally, the court ruled that the IRS was correct in imposing the 20% substantial understatement penalty, because the taxpayer had failed to establish that there was any reasonable cause for the tax underpayment or that the taxpayer had acted in good faith.

When starting a new business, it’s important to remember two key points. First, start-up expenses can’t always be deducted in the year when they are paid or incurred. Second, no deductions or amortization write-offs are allowed until the year when active conduct of your new business commences. That usually means the year when the business can actually begin earning revenue.

Time may be of the essence if you have start-up expenses that could be deducted in the current year. Contact Filler & Associates to explain your plans, and avoid unfavorable tax consequences.