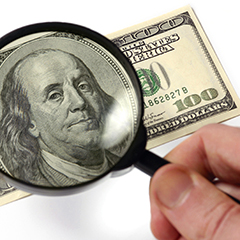 In a multilayered tax shelter case, the IRS used the theory of transferee liability to pursue a $9 million claim against the petitioner in connection with the sale of company assets and company stock. Since the applicable transfer liability statute merely provided a remedy, but did not impose liability, the IRS used state law to establish an independent basis of liability. In particular, it relied on Texas fraud statutes to argue the company, through the petitioner, made unlawful asset transfers. Solvency analyses from experts played a key role in the court’s determination of whether there was fraud and whether the transactions left the company insolvent.

Minimizing tax liability. In the early 1990s, the petitioner rehabilitated an old plant to make it suitable for storing ammonia and, eventually, other chemicals. He was the sole officer and director and in 1996 became a 50% shareholder. A Canadian corporation owned the remaining 50% interest. The storage company was incorporated in Texas and did business there. Starting in 2000, the petitioner, who by then worked mostly remotely from Florida, where he owned other businesses dealing in commercial real estate, was looking to sell the facility. He made contact with MidCoast Investments, which was in the business of pursuing corporations “suitable for conversion into the asset recovery business.” It promised to “help buyers and sellers achieve the best of both worlds” by buying a company shortly before or after its sale of assets and using high-basis, low-market-value assets—e.g., charged-off receivables—to offset the taxable gain from the asset sale. It also would pay sellers a premium calculated on the size of the taxable gain.

In June 2004, the petitioner sold all the company’s operational assets, as well as intangible assets, to a third party. The company retained its preclosing liabilities, including environmental liabilities. At the same time, the petitioner signed a noncompete agreement with the acquirer that prevented the company from working in the ammonia storage and handling business for 10 years. In exchange, he received $1.5 million. As a result of the sale, the company had no operating assets and no ability to function as an ammonia facility. The buyer also hired half of the company’s employees.

While the asset sale was in the works, the petitioner prepared the way for a stock enhancement transaction. He caused the company to transfer many of its remaining assets to entities that were under his control or the control of the other shareholder. He agreed with MidCoast that the latter would buy 100% of the company stock at a $3.76 million premium—about 50% of the assumed capital gains tax liability stemming from the asset sale. He performed minimal due diligence related to the stock sale. He also became the 100% shareholder of the company, which he then caused to declare a special dividend to him in the amount of $3.73 million.

Subsequently—but prior to the stock sale—the company’s accounting firm calculated the federal and state tax liabilities without checking the books for accuracy. By its estimation, the company’s assets were worth $6.23 million, and its liabilities amounted to $6.5 million. Federal income tax was almost $6 million, and Texas franchise tax was almost $750,000. The accountants did not reduce the taxable income by the Texas tax amount because it was not deductible until paid.

The stock sale took place in late August 2004. MidCoast had set up a holding company as the buyer. An attorney cautioned the petitioner about the risk of not making MidCoast itself a party to the agreement. MidCoast paid the petitioner about $3.5 million and paid $275,000 to the petitioner’s advisor for his investment banking fees. Pursuant to an agreement, the holding company was to be responsible for the state and federal income tax liability accompanying the stock sale. The petitioner did not report income from the sale on his personal federal income tax return.

Post-stock sale, MidCoast and the holding company performed a number of other transactions to remove about $5.7 million from the company and offset taxable gain before selling it to the ultimate buyer for final plundering. The last buyer reported that the company had a capital gain of $15.2 million from the asset sale and $5.3 million from rental income. He offset the gain by way of a 90.39% interest in a loan that was part of a portfolio of distressed debts his company had bought at auction for $300,000 in 2003. The purported bad debt amount was nearly $17.8 million. As a result, the company claimed an $825,000 loss for the period ending September 2004.

Transferee liability. Upon an audit by the IRS, the government disallowed the bad debt loss and several other deductions and issued a notice of deficiency to the company. It determined that the company was liable for almost $9 million, including penalties. But its efforts to collect on the outstanding tax were futile. An investigation showed the company had no tangible assets. Consequently, the IRS issued a notice of transferee liability to the petitioner pursuant to I.R.C. Section 6901. Because this provision of the law represents a remedy only, the IRS looked to Texas fraud statutes to establish liability. In essence, the IRS argued that, following the asset sale, the company, through the petitioner, made several asset transfers to the petitioner or entities he controlled between the date of the asset sale and the stock enhancement sale that were fraudulent. Moreover, he became a transferee of the holding company and was liable for the fraudulent transfer the holding company made to him in connection with the stock sale.

The overriding issue in front of the Tax Court was whether the petitioner was liable for the company’s $9 million deficiency. A trial took place in September 2013. Subsequently, the presiding judge resigned and the case came to Judge Laro. As he points out in the opinion, the reassignment left him without an opportunity to assess the credibility of the witnesses, including the experts. The decision, therefore, is based solely on the written record.

To prove fraud, the IRS had to show that the debtor did not receive reasonably equivalent value for the transfer and was insolvent at the time of the transfer. Both sides presented expert testimony on this and a range of other issues.

Expert relies on state tax assumption. The petitioner’s expert was certified in financial forensics and accredited in business valuation by the American Institute of Certified Public Accountants (AICPA). He claimed that, under a solvency analysis, there was an assumption that the Texas franchise tax had been paid and, therefore, would be treated as a deductible expense. Consequently, the company’s federal income tax liability would decrease by about $284,000, leaving the company with equity of nearly $22,100 on the relevant dates: when declared a special dividend to the petitioner and when the parties executed the stock sale agreement. Accordingly, the company was not insolvent.

Expert finds no going-concern value. The first expert submitted two reports: One valued the company’s intangible assets as of the stock sale date, and the other valued the 90.39% interest in the bad loan that the ultimate buyer used to offset the company’s capital gains. The expert found the intangible assets included rights to intellectual property, including patents and trademarks; licenses and permits used in operation; accounts, instruments, and intangibles; and goodwill. He determined that following the sale of the company’s assets it no longer had any “going concern value,” having given up its income-generating assets. Regarding the personal goodwill attributable to the petitioner, the expert said that, if the personal goodwill related to the petitioner’s special skills or reputation, it was not transferable or marketable. Moreover, the petitioner had resigned from the company and also had signed a 10-year noncompete agreement in connection with the asset sale. There was no value to the company. The expert concluded that the only identifiable intangible asset of value was the company’s incorporation status as well as the previously incurred incorporation costs, which the expert estimated to be less than $10,000.

As for the value attributable to the company’s 90.39% interest in the bad loan, the expert determined it was part of a nonperforming loan portfolio that in its entirety commanded only $300,000 and which had a total outstanding balance of over $139.2 million. The loan at issue had an outstanding balance of over $19.7 million and represented 28.1% of the loans not designated “not collectable” or 55.2% of loans designated “collectible.” Accordingly, the expert valued the loan at a midpoint value of $124,900 and found a 90.39% interest of the loan was worth $112,900.

‘Very limited’ profit potential. The IRS’s second expert also submitted two expert reports. One concerned industry due diligence standards for a stock sale, and the other concerned the ultimate profit potential to the company from the 90.39% interest in the loan portfolio. In terms of the stock sale, the expert claimed the petitioner failed to meet industry standards for financial, legal, commercial, and integration planning due diligence. The reason was the petitioner had: (1) failed to investigate MidCoast’s financial status and funding sources; (2) failed to research MidCoast’s legal standing and litigation record; (3) failed to research the business mechanics of the asset recovery business; and (4) failed to investigate the operations of previously acquired entities that had undergone conversion into the asset recovery business.

In terms of the loan contribution, the expert concluded that the potential for profit was “very limited.” An asset recovery firm generally expected to collect $3 for every $1 spent on a debt portfolio, he explained. One of those dollars would pay for collection costs, another for the investment itself, and the third would be profit. The loan portfolio consisted of 202 individual loans all originating before the end of 1999. The age of the loans suggested a low probability of collection related to difficulties in locating the debtors and the likely existence of previous collection attempts, he explained. Historical collection rates on the loans were low. He also said that the contribution of only a portion of an individual loan was highly unusual in the asset recovery business because nonsyndicated loans of that size were considered illiquid investments and as such not viable candidates for partitioning. Moreover, asset recovery firms typically did not service only portions of a particular loan.

Fraud and insolvency. The court’s opinion does not include a detailed assessment of the expert testimony. But the court expressly discredited the petitioner expert’s solvency opinion. Since his conclusion was contingent on the payment of the company’s Texas franchise tax liability and that liability was never paid, the company was not solvent on the date the company declared a special dividend to the petitioner or on the date of the stock purchase sale, the court said.

Moreover, the court found the IRS proved that it was a creditor of the company and that the petitioner was a transferee under the applicable statute. He was liable for the company’s fraudulent transactions. Following the asset sale, he caused it to declare a special dividend of nearly $3.73 million for which the company received no value in return and which left it insolvent. In terms of the stock sale, the IRS’s claim against the holding company arose after the latter transferred the stock sale proceeds to the petitioner. The holding company’s sole purpose was to profit by avoiding federal tax liability, the court said. Because the petitioner received a fraudulent transfer from the holding company in the amount of $3.77 million, he also was liable as a transferee of a transferee of the company.

« SEPs: A Quick and Easy Retirement Plan Option
Testing the Waters Before Jumping in »