New Twist to Debate on Discounts in Fair Value Proceedings 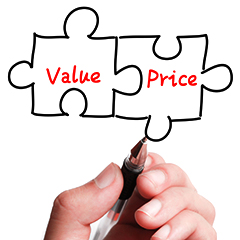 Much of the valuation community’s attention in the past few months has focused on New York fair value proceedings. Now the Utah Supreme Court adds more fodder to the discussion with a decision that rejects the lower court’s reliance on precedent that prohibits deductions for lack of marketability and tax liabilities.

‘Everything for sale’ strategy

A Utah company involved in land development and other activities ran into financial problems and in 2000 decided to wind down operations by selling its assets. From then on, “everything [was] for sale,” a company representative said. Four years later, the company’s board approved a share-consolidation transaction that resulted in the buyout of all shareholders, except for the company’s president. Based on a fairness opinion, the company offered $5,250 per share. Two “activist” investors dissented. They claimed their shares were worth nearly $32,000 per share. The company asked the court for a fair value determination.

The district court appointed an appraiser who prepared an initial valuation using the asset approach. Besides the real estate, the company also owned oil and gas royalty interests and a minority interest in another realty company. In calculating the value of each asset, the appraiser applied deductions for transaction costs and built-in capital gains (BICG) taxes and discounts for lack of marketability (DLOMs).

The district court discredited the valuation and ordered him to do another one. Controlling case law prohibited the use of DLOMs and tax-related adjustments, it said. Specifically, in the Hogle case, the state Supreme Court held “that discounts at the shareholder level are inherently unfair to the minority shareholder who did not pick the timing of the transaction and is not in the position of a willing seller.” The district court also noted that Hogle “did not carve out any exceptions for asset-level discounts.”

The appraiser defended his initial valuation but agreed to amend his report, saying appraisers were “not attorneys and [were] not qualified to interpret Utah law.” The revised valuation indicated a share price of $10,722—twice the amount the company had offered. The appraiser later disavowed the amended appraisal, which, he said, conflicted with “generally accepted appraisal techniques.”

The company asked the state Supreme Court for review, pointing out: “There is accordingly no dispute that the vast majority of [the company’s] value as of the valuation date, and its only realistic means of generating earnings, came from its assets.”

The state’s high court found that the district court had misapplied state law and also had relied on noncontrolling law from other jurisdictions. In disallowing the deductions, it erroneously relied on Hogle, a case that dealt with shareholder-level discounts, whereas the present case dealt with asset-level discounts. According to the state Supreme Court, the district court’s ruling represented an “unwarranted extension” of Hogle, which nowhere addressed asset-level discounts. The rationale that applied in Hogle, but not here, was that it would be unfair to dissenting shareholders who “are unwilling sellers with no bargaining power” to penalize them for their shares’ lack of marketability or lack of control.

According to the state Supreme Court, “These concerns are not at issue where a company discounts the value of an asset that it intends to sell for reasonable transaction costs.” Here, the company’s “undisputed” business strategy—which was in effect long before the triggering event—was to hold and sell its real estate. Therefore, it was appropriate to consider reasonable transaction costs, including broker commissions and closing costs, arising from the sale. Moreover, these costs equally would have affected the majority and minority shareholders.

The state Supreme Court also allowed a BICG deduction given the company’s business strategy. “Deductions for trapped-in capital gains are appropriate where the taxes are reasonably foreseeable in the ordinary course of business.” Consequently, it vacated the district court’s ruling and remanded for new fair value proceedings consistent with its opinion.

In this dense opinion, the Utah Supreme Court rebukes the lower court for its lack of understanding of valuation techniques, forcing an experienced appraiser to perform an erroneous calculation, and applying valuation-related legal principles indiscriminately.

« Goodwill: Personal or Business, and Why Does It Matter?
Investigate Zoning Laws Before Committing to a Location »