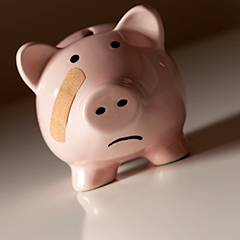 A recent lost profits case that revolved around a hospital’s breach of a partnership agreement’s noncompete clause raises issues about the right measure of damages and illustrates how an expert’s testimony succeeds in fending off various forms of attack from the opposing party.

In 1985, a hospital entered into a partnership, MRI Associates (MRIA), whose primary purpose was to buy and operate diagnostic and therapeutic equipment, starting with an MRI scanner. Subsequently, MRI Associates formed two limited partnerships. One, MRI Center, was located on the hospital’s campus; the other, MRI Mobile, owned and operated mobile MRI scanners. In 1998, a group of radiologists that had interpreted the scans done at MRI Center formed a competing company, IMI, with an outpatient facility some three miles away from MRI Center. Around the same time, the hospital secretly began to negotiate with IMI against MRI Associates. In 2000, MRI Associates wanted to open another facility about seven miles away from MRI Center, but the hospital, as a partner in the company, opposed the plan. In 2001, the hospital became a member of IMI. There was evidence that it financially assisted IMI in violation of its contract with MRI Associates. In 2002, the hospital supported IMI’s opening a second facility at the very location where MRI Center had wanted to set up another business.

At trial, the MRI entities offered damages testimony from two experts. The main expert was an accountant who had nearly four decades of experience and who had worked for Arthur Andersen and KPMG. He calculated lost profits from 2001 through 2010, assuming causation. The second expert used the first expert’s computations to project future lost profits to 2015.

‘Massive migration of referrals.’ The first expert determined the profit MRI Center lost by estimating the number of scans it lost to its competitor, IMI, during the period when the hospital was prohibited from competing with MRI Center. He identified all of the doctors who referred patients to MRI Center prior to IMI’s opening its facility and assumed the referrals would have kept up. He also identified the new physicians in the area whose sole affiliation was with the hospital and assumed they would refer patients to the facility on the hospital campus, i.e., MRI Center. Referrals from the two groups made up 42% of the MRI scans performed at IMI’s original facility, he concluded. His estimate of lost scans did not include scans ordered by physicians who could admit patients to the hospital and to another major hospital in the area. Moreover, he excluded scans that were referred to other facilities by physicians who previously had referred patients to MRI Center.

At trial, he was asked repeatedly about changes to his calculation if the hospital were not liable for prior bad acts and competed rightfully after April 2005. He allowed that under that hypothetical the MRI entities would have suffered substantially less damage after that date than claimed and no damage after about 2010. Assuming there were no unlawful diversions, only lawful competition, he said, would require a reduction in his calculation by about $14.4 million. But he emphasized that this reduction only applied if there were no bad acts prior to April 2005.

Misstating expert’s testimony. Both sides appealed to the state’s highest court. On appeal, the hospital did not contest the jury’s liability findings but claimed there was insufficient evidence to prove lost profits. It specifically targeted MRI Associates’ principal damages expert. First, it argued that his methodology was flawed because he failed to allow that other factors, besides the hospital’s conduct, could have caused all or part of the claimed business migration from MRI Center to IMI, and, the hospital said, the calculation of the lost scans “was nothing much more than a rough guess.”

The appellate court disagreed. This was a market exclusion case in which the expert’s chart of MRI scans represented the kind of proof case law required. Moreover, the expert tried to show the loss of specific business.

Further, the hospital contended that the expert’s basing damages to MRI Mobile on IMI’s financial data was inappropriate. Under controlling case law, the measure of damages for breaching a noncompete clause is the amount the plaintiff lost due to the breach, not the amount the defendant made in profits, the hospital stated.

The court saw it differently. This was not an instance in which the breach of the noncompete clause created competition between two existing businesses. Instead, here, the hospital, in violation of its partnership agreement with MRIA, deprived MRIA of the opportunity to open a facility away from the hospital campus while actively supporting its competitor IMI in doing just this. In this situation, the court said, “The measure of lost profits would be the net profits of [IMI’s] facility.” It would not make sense to hypothesize about the net profits a hypothetical MRI entity could have made and against which IMI’s facility hypothetically could have competed, the court explained.

Finally, the hospital in various ways tried to argue that the expert conceded that, if one assumed lawful competition after 2005, damages would decrease by about $14.4 million.

The appeals court called that statement “incorrect.” The expert only said that, hypothetically speaking, if there had been no wrongdoing before April 2005 that caused damages after that date, he would exclude that amount from the damages. Since the jury had found prior wrongdoing—a finding that the hospital did not challenge—the expert’s damages model required no change. For all of these reasons, the state high court affirmed the $52 million lost profits award.

« Hidden Profits: How to Find Them
S Corps and Partnerships: Beware of Failure-to-File Penalties »