Use of Reliable Method Does Not Assure Admissibility 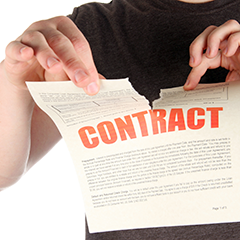 Readers may remember the Manpower case in which the 7th Circuit struck down the trial court’s decision to exclude expert testimony based on what it considered questionable data underlying the expert’s generally accepted methodology. A recent state appellate decision in a lost profits case offers another take on how far the trial court can go in its role as “gatekeeper” to ensure that expert testimony meets the reliability requirement of Daubert.

Until recently, the plaintiff was the only company to manufacture and sell optical coherence tomography (OCT) systems used to image human coronary arteries. There was a competitor, but it used another process. Since the plaintiff’s technique relied on lasers, it made an agreement with one of the defendants, a leading manufacturer of industrial lasers, to develop a laser that would improve the existing OCT technology. A second confidentiality agreement gave the plaintiff the exclusive right to the new lasers and imposed a ban on the defendant that prohibited the sale of all lasers to the competitor until April 2014, with subsequent nonexclusive rights. During the course of the agreement, the plaintiff’s competitor acquired the defendant laser manufacturer and, during sales negotiations, gained access to some of the plaintiff’s trade secrets. The plaintiff sued both companies alleging breach of contract and the covenant of good faith and fair dealing, misappropriation of trade secrets, and tortious interference with contractual and advantageous business relations. It argued that the misconduct prevented the development of next-generation product featuring the jointly developed laser and robbed the plaintiff of its “first-mover advantage” in the OCT market.

The plaintiff was a start-up and made no profit during the contract term with the defendant laser manufacturer. It also could not point to any lost sales stemming from the defendants’ misconduct.

Significance of first-mover advantage. A jury found the defendant companies liable. In the damages phase of the trial, the court questioned the plaintiff’s designated expert, a well-known economist, on his lost profits calculation, particularly future lost profits and profits for any future generation of products featuring the laser.

The expert used the discounted cash flow method (DCF) to quantify damages up to and some 20 years beyond the expiration of the confidentiality agreement. (The court’s opinion is confusing as to the end date: 2034 or 2038.) He assumed that the plaintiff would be able to grow its customer base until 2014, when its contract with the defendant expired. He surmised that demand subsequently would level off and profits would decline until 2038 and become negligible. He also assumed that beginning in 2014 the plaintiff’s customers would replace the OCT product they owned with one of the plaintiff’s new-generation products every six years, until 2038. He did not perform a market study to support the assumption or evaluate likely products of potential future competitors. Instead, he relied on the concept of brand loyalty. Moreover, he acknowledged that he did not have information as to what direction the plaintiff would have taken to develop next-generation OCT products and did not know whether the plaintiff had the sales and marketing infrastructure to support the assumed future system.

The trial court precluded the testimony as to lost profits after April 2014 and for future generation product. It found: (1) the expert’s opinion was not based on a demonstrated reliable methodology and as such did not meet the requirements of Daubert and its state case equivalent; and (2) the calculation was too speculative.

In determining that the expert failed to use a reliable methodology, the trial court placed great emphasis on his use of “first-mover advantage.” It said the expert used it to quantify loss rather than just as an assumption about market behavior. Use of the principle, however, made the expert’s methodology incapable of being validated and tested, as required under Daubert and related cases.

The court also found that numerous factors made the opinion speculative. There were no lost sales. The plaintiff had not received regulatory clearance for its product in the U.S., Japan, South Korea, and China. There was no solid evidence that the plaintiff would have had the funding necessary to expand its business. The expert failed to identify “precisely the type of hypothetical new product” for which the plaintiff sought and for which the expert calculated damages.

As a result of the trial court’s conclusions, the plaintiff had no lost profits evidence to present at trial. Instead, the parties stipulated to non-lost-profits damages in the amount of $200,000.

Call for other damages model. The plaintiff subsequently appealed. The expert used a generally accepted methodology, the DCF, to calculate damages. The trial court should have stopped its inquiry into reliability there, the plaintiff argued. Under Daubert, it was the jury’s role to decide whether the assumptions underlying the expert’s opinion were valid. The plaintiff further claimed that the first-mover advantage was not a loss-quantifying methodology but an assumption about market behavior that found support in scholarly articles and in the expert’s own professional observations. The scholarly articles consisted of one Supreme Court case that did not deal with lost profits but in which a justice observed that “firms that innovate often capture long-term benefits from doing so, thanks to various first-mover advantages.”

The appeals court affirmed the trial court’s decision as to methodology. Daubert, the court said with emphasis, requires an assessment “of whether the reasoning or methodology underlying the testimony is scientifically valid and of whether that reasoning or methodology properly can be applied to the facts in issue.” It went on to explain that ensuring “reliability” did not just mean the trial court’s determining the reliability of the methodology used but was part of a broader determination of the admissibility of expert testimony. Trial courts had considerable leeway in deciding how to determine whether an opinion was reliable. Here, the trial court had discretion to find that the expert’s use of “first-mover advantage” was part of his methodology and rendered it unreliable.

The appeals court also upheld the trial court’s separate conclusion that the testimony was speculative, noting the plaintiff had no history of profitable sales, only losses, and could not show it lost sales because of the defendants’ misconduct. Also, its expert’s future lost profits depended on as-yet undeveloped new products for which the plaintiff had not even conducted market research.

In concluding, the appeals court cautioned that “traditional lost profits analysis as a measure of damages may not be an adequate model for analyzing harm caused by misappropriation of the trade secrets of a ‘start-up’ business.” Just because such businesses often operate for years without profit should not make them “damage proof,” the court said. It added that it was aware of other damages theories that could be useful in misappropriation of trade secrets cases and “they may be ripe for testing in our courts.”

« Don’t Gamble With Your Home-Based Business
Does Your Company Need a Retirement Plan? »