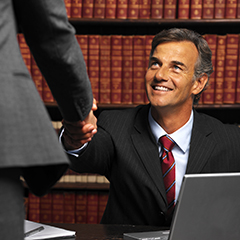 A California divorce case in which one spouse was a financial advisor with an impressive client list raised a host of conceptual and technical valuation questions as to the community’s interest in her “book of business” and several sizable conditional bonuses she received when she transferred to a new employer about a year before separation.

During her career as a licensed financial advisor, the wife developed a list of clients—her book of business—owning over $192 million in investments and generating over $1.8 million in commissions and fees as of January 2009. That month, she signed an employment contract with Wells Fargo under which she would work there as a financial advisor and the bank’s managing director of investments. The agreement’s “offer summary” included several bonuses:

The wife chose to receive the entire amount when she transferred over and signed a promissory note under which Wells Fargo agreed to forgive roughly $27,700 each month over 112 months. Should she stop working for the bank earlier, she would owe the entire unpaid balance; should she fail to make the production quota, the bank could reduce the amount of the monthly payment it normally credited to her.

The husband and wife separated in February 2010.

Questions as to how to deal with the book of business and how to characterize and value the conditional bonuses dominated the trial proceedings, with both parties presenting expert testimony in support of their positions.

The wife’s expert, a CPA, used a “time rule” to determine the character of the bonuses and loans. He said the transitional bonus was a “mixed-type asset,” of which approximately 13.5% (on an after-tax basis) was community property and the rest was the wife’s separate property. The wife’s first production bonus and the level 4front bonus were her separate property because they were earned over a period of years and received after separation.

The wife’s financial industry analyst called the transitional bonus a “kind of pay for the book of business … coming over,” which was calculated as a “multiple of the value of … the [recruitee’s] production credits of the trailing 12 months before they were to join [a] firm.” Typically, the hiring firm expected to receive “a nine-to-ten-year commitment to earn [it].” By contrast, the production bonus was a “back-end bonus,” an incentive to “work extremely diligently in bringing their book over, as well as continue to seek new business and continue to be successful.” The level 4front bonus required the wife to perform analytical work and financial plans for her clients.

According to the husband’s CPA, all the bonuses the wife received were community property. They were either based on her book of business (transitional bonus) or had been agreed to before separation (deferred recruitment award) or based on the wife’s preseparation production (production bonus 1 and level 4front bonus).

The husband’s industry expert agreed that the transitional bonus was compensation for the wife’s bringing her book of business to Wells Fargo. The brokerage industry “now recognizes that brokers own their book of business,” he said. As to value, it would “range anywhere from one to three times the gross … commissions generated by the book of business.” As to the question of whether there was a market in which a financial advisor could sell her book, he responded, “the market for it would be … [moving to] another [firm].”

No value, no community interest

Regarding the bonuses, it held that the community had a $380,000 interest in the portion of the $2.8 million transitional bonus the wife had earned during the 11 months she worked for Wells Fargo before separation. It divided this amount between the parties.

But it said the balance of that bonus and all the other bonuses were the wife’s separate property because they were not paid or not due until after the couple’s separation. Moreover, retention of the bonuses depended on the wife’s continued employment and her meeting production requirements.

Ways to divvy up contingent rights

The husband attacked the trial court’s rulings on the book of business and the conditional bonuses accompanying the wife’s transfer to Wells Fargo in his appeal with the state Court of Appeals.

The wife objected that Wells Fargo paid her a significant sum of money “because she is successful at her job” and her success “is primarily measured by the amount of assets she manages.”

The appellate court found the husband’s goodwill argument persuasive. At the start of its analysis, it explained that under controlling case law an employer’s customer lists represented part of the goodwill of the business. However, it explained that there was no precedent in California on the issue of whether a licensed professional’s list of clients was an asset subject to division in a divorce case. Other jurisdictions have held that a client list may represent a marital asset, it added.

In this case, the wife acquired her book of business during the marriage. Both sides’ industry experts verified that financial advisors qualified as professionals in that they had to obtain and maintain one or more licenses. Industry protocol also allowed them to take their client lists with them when changing firms.

The trial court erred when it found that the wife’s book of business had no value, the appellate court said. The offer summary in her employment contract and expert testimony for both sides made it clear that the book of business was a valuable asset. Wells Fargo paid $2.8 million in consideration for her transferring her clients to the firm. It did not merely pay her for her high standing in the securities industry. Even the wife’s expert conceded that, without her book of business, Wells Fargo likely would not have paid the transitional bonus.

Although the trial court found that the community had a right to a portion of the transitional bonus, its limited valuation was an abuse of discretion, the appellate court noted. This approach curtailed the right to the payments the wife earned during the 11 months between the date of her hire and the parties’ separation. But the wife’s right to the entire bonus arose when she signed the offer summary, received payment for all of it, and began working for Wells Fargo. Also, it was within her control to satisfy the requirements and thus ensure she could keep the entire bonus.

At the same time, the appeals court was careful to say that “[t]his does not mean the court must simply award one-half of the $2.8 million to husband.” It found the wife’s conditional right to the entire bonus, leaving the possibility that she may have to pay back any unearned portion, was analogous to a nonvested or unmatured pension right or “other contractually contingent interests.”

Under the applicable case law, there were two solutions to dividing the community’s interest in a contingent benefit: (1) the trial court must determine the present value of the rights or obligations that are community property and make an equal division or adjustment; or (2) if the court finds that the uncertainties surrounding a right or liability make a division impossible, it can award each spouse an appropriate portion of each payment as it is paid or each obligation as it is due.

Accordingly, the appeals court remanded, directing the trial court to calculate the community’s interest in the transitional bonus and decide which of the two options it wanted to apply.

The wife responded that the payments related to the bonuses were “unearned income until the condition[s are] met.”

The appeals court outright rejected the husband’s claim as to the deferred recruitment award. Even though it was in the offer summary, under the terms of the contract, the wife would not receive it unless she remained an employee until 2016. Before such date, the bonus was not an enforceable right but merely an “expectancy.”

The appeals court said it owed deference to the trial court’s determination that only the transitional bonus was consideration for the wife’s book of business because the finding was based on sufficient evidence: testimony from the wife’s expert.

However, it also remanded as to the first production and the level 4front bonuses, cautioning: “The critical question here is when wife’s right to each bonus accrued, not her receipt of them.” Specifically, although she received both payments a few months after separation, she not only had a contractual right to them, but also made efforts to qualify for them before the separation. Accordingly, the appellate court ordered the trial court to perform the same analysis and computation necessary for the transitional bonus for these two bonuses.