Court Pans Valuation Based on Expert’s Fiction, Not Fact 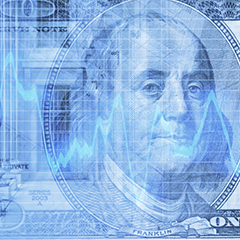 In a divorce case, the husband appealed to the state’s highest court, arguing that the lower courts accepted a valuation of his business interest that did not reflect the company as it was on the valuation date. Rather, he said, the valuation was set by the wife’s expert to increase its value and, thus, the wife’s award.

The husband owned a 25% interest in three businesses. While he and the wife agreed to the value of two, they vigorously contested the value of his stake in the third company, which managed a 625,000-acre timber tract for a single client and which had four owner-managers in all. At trial, both sides presented expert testimony from CPAs who also were certified valuation analysts. Both experts agreed to use the capitalization of earnings method to assess the business’s fair market value and also agreed that this method allowed for normalizing officer compensation where compensation was excessive.

Experts differ on need to normalize. The wife’s expert explained that “normalization” of income served to “add back to the income of the company expenses that are discretionary to the owner and not reasonably necessary for operation.” The point was that in a sale the buyer would ask: “Okay, what would we have to pay somebody to run this operation for us?” the expert added. He determined that the company paid the four owners a total of over $388,400 in 2008 and nearly $394,000 in 2009. The national average for officers and directors of corporations in the timber industry was between 1% and 5.2% of net sales, he said. This amounted to between $20,000 and $115,000 per year. Moreover, he found that, in West Virginia, average compensation for that type of position was just under $70,000 per year. He decided, “for purposes of valuing this company, that the four owners could step aside and somebody for $120,000 a year could drive this company.” Making this adjustment, the company’s actual expenses for officer compensation dropped and its net profits rose. The expert concluded that the husband’s minority interest was worth $310,000.

As for goodwill, without interviewing any of the company’s officers, he accepted as fact that the company basically had one customer. Therefore, he concluded that whether the husband left the business did not affect the work the company did or was able to do. For this reason, he did not adjust for personal goodwill in his valuation.

The husband’s expert found that there was no need to normalize compensation since it was not excessive. The husband’s 25% interest was worth just over $114,000. At the same time, the expert adjusted for personal goodwill based on his interview with the company’s president. The latter explained that the husband maintained significant personal relationships with loggers working for the company and possessed a degree of personal integrity that created valuable rapport with the government regulators who scrutinized the company’s operations. If the company lost the husband, it would lose loggers and a degree of ease and efficiency in dealing with the regulators. As a result, the husband’s expert used a 33 1/3% “personal” goodwill discount to reduce the husband’s interest from $114,000 to $76,000.

The family court (trial court) adopted the value that the wife’s expert had proposed—$310,000—but reduced it by the one-third personal goodwill discount that the husband’s expert determined. Accordingly, it found the husband’s share was worth about $207,000, half of which belonged to the wife.

Both parties appealed to the circuit court: the husband to contest the family court’s valuation and the wife to claim error as to its finding on personal goodwill. The circuit court affirmed both aspects of the decision.

Unjustified compensation decrease. Next, the parties appealed to the state’s high court for review. The husband argued that both lower courts failed to value the business as it existed at the date of separation, that is, as a company owned and run by four individuals, all of whom received income from it. Instead, the courts accepted the fiction that the wife’s expert created: that one executive forester being paid $120,000 per year could replace the four owners. The wife responded that the family court had discretion to adjust officer compensation in determining the fair market value.

For her part, the wife claimed that the lower courts erred when they adopted the personal goodwill discount that the husband’s expert proposed.

The Supreme Court considered the parties’ claims in turn. As for the valuation, it agreed with the husband. The wife’s expert did not simply use the acceptable capitalization of earnings method. Rather, he transformed the business from one run by four people to one managed by one person; this fiction greatly decreased its compensation expense and greatly increased its profitability. True, the wife’s expert could have adjusted the owners’ compensation if it exceeded the national and state average compensation for the same work, but that is not what he did. Rather, said the high court, “he valued a hypothetical business that did not and does not exist.” In approving of his valuation, both lower courts abused their discretion. Therefore, the Supreme Court remanded.

As for the valuation, the high court dismissed the wife’s argument. It found that the husband proved that the business would lose one-third of its revenue if he left the company. Therefore, it was not error for the family court to discount the husband’s interest based on personal goodwill and for the circuit court to affirm the goodwill adjustment.