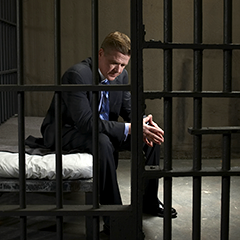 Many Maine-based small business owners assume their companies are less susceptible to fraud than large corporations. It seems like their operations are more tightly controlled, with many trustworthy and longtime employees on the payroll.

Unfortunately, however, this is not true. According to the Association of Certified Fraud Examiners (ACFE) Report to the Nations on Occupational Fraud and Abuse, small businesses suffer disproportionate losses from internal theft.

This actually does make sense, as smaller companies are often unaudited, and with little or no anti-fraud measures.

In the 2014 ACFE survey, it is estimated that the typical organization loses 5 percent of its revenues to fraud each year. When that is applied to the 2013 Gross World Product, this is equivalent to a potential projected annual fraud loss of more than $3.7 trillion.

Some other key points from the study:

In order to prevent fraud, Maine-based small business owners should primarily focus on finding ways to detect asset misappropriations and corruptions within their organizations. One way might be to implement measure designed to more accurately track cash. This will help reveal problems and help top potential cash leaks.