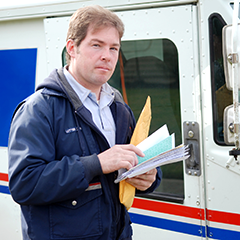 In an involved retaliation suit against UPS, which the employee won, one of the flash points was the calculation of lost future benefits, specifically the question of what the applicable discount rate was to compute the present value of the company’s restricted stock units. This issue came before the district court after trial, the 9th Circuit on appeal, and the district court again on remand. The present resolution may provoke more consternation and discussion.

In 2007, a UPS employee sued the company for wrongful termination (D. Idaho) and prevailed in trial. The jury awarded him over $1.4 million in front pay and $40,000 in back pay. Damages for future lost benefits were based on future lost wages, UPS restricted stock unit grants, and the company’s pension and health benefits plan for the remainder of the employee’s work life—27 years. The district court denied UPS’s subsequent motion for a new trial but found the award was grossly excessive, not supported by the evidence, and speculative. Therefore, it reduced the front-pay amount to $673,000 and kept the $40,000 in back pay.

A critical part of the front-pay analysis was the calculation of the value of the UPS restricted stock. Both sides retained experts who, for the most part, agreed on how to compute it but disagreed on the applicable net discount rate to calculate the present value of the stock.

The employee’s expert was a CPA, as well as a certified business valuator and appraiser. The starting point of his analysis was what the employee had received in the two years before his termination; he assumed that the award would have remained the same going forward. He then calculated the net discount rate by taking the anticipated cost of capital of the company and subtracting it from the expected rate of return. Under the “capital asset pricing model” (CAPM), the cost of capital to UPS would range between 7% and 8%, he determined. At the same time, he arrived at an expected rate of return of 8% to 9% based on the past performance of the stock, five-year projections, and stock increases for large capitalized companies. Specifically, UPS stock had increased at a rate of 18% over the previous 12 months, and projections from Yahoo Finance estimated growth of 23% to 24% for the next 12 months and around 8% for the next five years. A review of the last 50 years of stock increases for UPS peer companies—large capital companies—showed the average rate of return was between 8% and 9%, he said. Accordingly, there was a difference of 1%, which actually would lead to a negative net discount rate, he explained. To be conservative, he chose zero as the applicable net discount rate.

UPS’s expert had an MBA in economics and finance. His role, he said, was to testify to the future valuation of stock. According to him, “the higher the risk of an asset you are valuing, the higher discount rate you use, meaning the lower the present value will be because it is more risky that you won’t get that money in the future.” The asset in this case—the UPS stock—had a higher risk than government Treasury securities or bonds, he added, and that risk was an important factor in determining the future value of the stock.

The employee’s expert subsequently defended the rate, explaining again how he arrived at it. He claimed that the present value calculation “has nothing to do with how risky the stock might be.”

What about ‘time value of money’? The district court found the employee expert’s conclusion troubling. It “seems to ignore the time value of money when the expert also calculates a substantial growth rate in the value of the UPS stock in the future.” The court went on to say that this discount rate calculation did not align with “basic economic principles and/or methodologies which would normally be used by economists in determining the present value of money to be earned in the future.” Also, the court suggested, the expert might have overstated the future growth rate for UPS stock considering the historical stock growth since the company had gone public.

But ultimately the court had an overriding concern that prevented it from calculating a different discount rate. UPS’s economist expert failed to “articulate how to properly calculate a discount rate for stock growth in this particular case,” said the court. While the employee’s expert presented some evidence to buttress his claim, UPS’s expert simply critiqued the approach as “not a normally accepted calculation method” for discount rates on future stock price increases over a significant number of years. At the same time, he used a figure from the employee expert’s prior report without identifying where that figure came from or what its basis was. Since the expert reports were not in evidence, neither the jury nor the court could determine whether the use of that figure was sound. Further, the UPS expert did not give enough weight to the future growth projections for the stock. Because the court lacked credible evidence with which to calculate its own discount rate, it adopted the 0% rate.

Two problematic discount choices. UPS appealed the amended judgment to the 9th Circuit, arguing among other things that the district court failed to discount the restricted stock to present value. The 9th Circuit sent the case back, asking the lower court to reconsider its decision, particularly in terms of whether the employee as the plaintiff had proven the correct discount rate. In a partial dissent, one of the judges found no error with the district court’s ratification of the jury’s use of the 0% rate. When the employee’s expert proposed the rate, UPS did not try to strike the evidence as irrelevant because it was absurd. Instead, it put on the stand its own expert who offered an alternative 10.5% rate. The jury had two choices, said the dissent with emphasis: Choose either the employee expert’s rate, which “seems implausible but was at least supported by some evidence, however unconvincing that evidence seems to all judges who have now considered the matter,” or the alternative 10.5% rate, which had no testimony or evidence to support it. It chose 0%. The plaintiff employee carried the burden of proof here, the dissent found.

‘Appropriate value.’ On remand, UPS asked for permission to present additional testimony on the present value adjustment issue, but the district court refused to take new evidence. It said that its review of the trial record and the parties’ briefs on the issue confirmed that the employee’s expert provided the “appropriate value” for the UPS stock, notwithstanding the court’s earlier reservations. The expert’s testimony “amply supported his valuation figure and the basis for the rate applied to the stock value.” In its verdict, the jury adopted his calculation based on credible evidence in the record. Consequently, the court’s second amended judgment included a front-pay calculation applying the 0% discount rate.