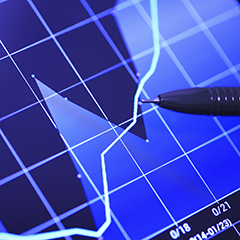 Even when a case ostensibly is not about valuation, valuation issues often play a pivotal role, and failure to provide a valuation may undermine a party’s claim. This is one of the lessons gleaned from a Delaware shareholder suit that moved from the Delaware Court of Chancery to the state’s Supreme Court on a novel legal issue.

Going-private merger: The defendants owned 43.4% of the target company and proposed to take it private, offering $24 per share. The proposal built two stockholder-protective procedures into the merger structure: (1) It required the directors to appoint a special committee to negotiate and approve the merger; and (2) it required the approval of a majority of stockholders that had no affiliation with the controlling stockholder. Post-merger, a group of shareholders filed suit in the Delaware Court of Chancery alleging breach of fiduciary duty. The defendants argued that the up-front protective measures ensured that the controller merger replicated an arm’s-length transaction and adequately protected the interests of minority shareholders. In a pretrial motion, they asked the court to review the transaction under the business judgment rule and dismiss the suit for failure to present a genuine dispute of fact. The plaintiffs claimed that the matter should be reviewed under entire fairness, the highest standard of review in corporate law, and should proceed to trial.

Range of valuations: Finding the case presented a “novel question of law” as to the applicable standard for review, the Chancery used the business judgment rule and granted the defendants summary judgment. In terms of the first requirement—the special committee requirement—there was no question as to its independence and empowerment, the Chancery stated. It was able to hire its own legal counsel, and it interviewed four potential financial advisors and ultimately retained Evercore Partners. The committee and Evercore asked management for updated projections to reflect current thinking on the target’s prospects. The revised forecasts indicated a downward trend. Evercore used various valuation tools, including the discounted cash flow (DCF) method and comparable company analyses to value the stock. Valuations based on the updated projections indicated a range of $15 to $45 per share. The DCF valuations generated a range of fair value of $22 to $38 per share; a premium paid analysis indicated a range of $22 to $45 per share. Ultimately, the parties settled on a “best and final” offer of $25 per share. Evercore opined the price was fair based on generally accepted valuation techniques. A majority of the minority shareholders approved the deal.

The merger, the Chancery found, resulted in a 47% premium to the closing price preceding the offer. It noted that the financial advisor considered the price fair in light of various analyses, “including a DCF analysis, which mirrors the valuation standard applicable in an appraisal case.” It pointed out that the plaintiffs did not produce a valuation from an expert that declared the merger price was unfair. They rationalized their omission by saying the defendants’ motion was not about the issue of fairness but about the business judgment rule. But, said the Chancery, the plaintiffs had to realize that to survive summary judgment they would have to show that the merger imposed terms that a rational fiduciary could not accept in good faith. Without a countervailing expert opinion, they “have not come close to meeting that burden.”

The Supreme Court affirmed the Chancery’s rulings on the applicable standard and on the summary judgment motion.