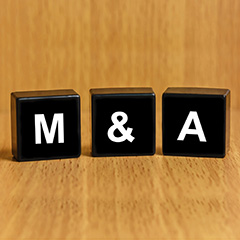 It’s no secret that the Delaware Court of Chancery has a strong liking for the discounted cash flow (DCF) analysis in fair value determinations. For this reason, a decision in which the court expressly rejected the DCF method in favor of the actual merger price—which recently happened—is sure to merit extra attention.

Revenue stream ‘in flux’: The case involved a merger and a group of dissenting shareholders that asked the court for a statutory appraisal of their interest. The target owned and managed “iconic” entertainment assets, including a business that owned rights to “American Idol” and “So You Think You Can Dance.” A major issue for the company—and the case—was how to handle “the maturation” of the “American Idol” franchise. After the show peaked in the ratings in 2006, it began to decline for five seasons. Also, around the time of the merger, the contract between the company and the show’s network distributor, Fox, was about to expire. The company had only limited leverage in the negotiations because Fox owned a perpetual license to renew its exclusive contract to broadcast the show. At the same time, company management believed that, with fewer shows available that had mass appeal, the value of “American Idol” was still going up, and, therefore, the company might extract a higher license fee from Fox in the future.

Ultimately, the company signaled to the market that it was for sale. When potential buyers expressed an interest, management created five-year projections. The CFO instructed the preparer to assume that revenues under the to-be-negotiated “American Idol” contract would increase by some $20 million each year. Whether the additional $20 million per year was a “genuine prediction” of future revenue or merely a “marketing ploy” with which to generate a high bid became a pivotal question for the valuation experts both sides retained. The eventual buyer paid $5.50 per share.

The petitioners’ expert used a DCF analysis as well as “guideline” analyses to appraise the stock. He concluded it was worth $11.02 per share. In contrast, the company’s expert relied solely on the DCF method to compute a $4.41 value per share—$1.09 below the sales price. Much of the “gulf” in value stemmed from the experts’ use of different figures in their cash flow projections. The petitioners’ expert wholly adopted the revenues appearing in the management projections, whereas the company’s expert ignored the projected $20 million annual increase and instead assumed Fox fees would grow at 4% per year for five years. Neither treatment was reliable, the court found. When the merger took place, the future revenue streams related to “American Idol,”the company’s primary asset, were “in a state of flux.” Therefore, the court could have “little confidence in the reliability of using or excluding the estimated $20 million increase in revenues.” For this reason, it found the DCF analysis was not the appropriate technique in this case. Instead, it looked to the actual merger price, which resulted from a sales process that was “thorough, effective, and free from any spectre of self-interest or disloyalty.”

« Is This Your Situation: Poor Cash Flow?
Disclaim Responsibility in Contracts »