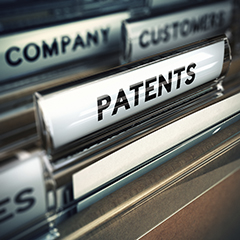 When it comes to methodology, stick to the tried and true. This is the takeaway from a recent intellectual property case involving a patent related to a dual-flush valve mechanism in toilets. An experienced appraiser tinkered with the royalty base and royalty rate formulas—and saw his damages calculation go down the drain.

The plaintiff had no claim for lost profits, but its expert calculated a reasonable royalty in the amount of $7.8 million. He acknowledged that a reasonable royalty had two parts: a royalty base multiplied by a royalty rate. But instead of using the revenue resulting from the infringement as the base, he used the number of infringing products the defendant sold. He claimed the total revenue did not capture the full value of the patented products, which, he contended, included the value of sales of products that featured the valve and other components and nonpatented collateral goods. He also changed the royalty rate, which typically represents the percentage of revenue owed to the patent holder. Instead, he applied a dollar figure to the number of infringing products.

To calculate the dollar amount, he said, he applied the Georgia-Pacific factors “quantitatively and qualitatively.” “Quantitatively” meant he used individual factors to justify the inclusion of two separate items: lost sales from collateral goods and additional profits the plaintiff would have made from increasing its prices if the defendant had not entered the market. “Qualitatively” meant deciding whether a factor supported a higher or lower royalty. He concluded that a hypothetical negotiation between the parties would have yielded a rate of $106 per accused product.

In ruling on the defendants’ Daubert challenge, the court struck down many of the elements underpinning the analysis. For example, it found the royalty base was overinclusive. The expert failed to justify why the plaintiff was entitled to the full value of products with parts other than the valve when it only showed that the valve mechanism drove customer demand. At a minimum, he had to apportion the value of the patented component. Also, under Federal Circuit law, the Georgia-Pacific methodology does not allow for including sales of nonpatented items in the royalty base but allows for using a factor to demonstrate that the sales were relevant to determining the royalty. Here, he improperly used factors to add specific figures to the royalty base.

But ultimately the bigger issue for the court was the methodology itself. The expert’s per-unit royalty was not the “classic way” to determine a reasonable royalty. By identifying the base as the number of infringing units and the rate as a dollar figure, he improperly tried to include lost profits in his reasonable royalty calculation. He created an expansive base without applying a royalty rate to it, said the court. This method bore “no resemblance to a reasonable royalty analysis.”

« Starting a New Business or Organization?
The Present and Future of the Self-Employment Tax »