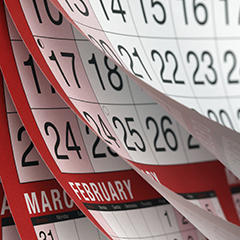 What’s more relevant and reliable in terms of valuing an interest in a closely held corporation: a 2004 stock purchase agreement or a 2012 settlement four owners of the company made with a fifth partner to conclude litigation? This was a central question in a recent appeal from a divorce settlement.

Nuisance value: In 2004, the husband and four colleagues bought a “manufacturer’s rep” company from its owner under a stock purchase agreement (SPA). Four of the new owners, including the husband, acquired a 23% interest each; a fifth person bought the remaining 8%. The husband served as the company president. Under the SPA, the former owner received 10% of the company’s annual gross receipts for a 10-year period ending in January 2014. At the time of trial, the husband’s share of past payments amounted to approximately $373,700. In 2012, four of the owners settled a lawsuit with the fifth—8%—owner, paying her $12,000 or $15,000 (there was conflicting testimony on the amount) in exchange for her surrendering her interest. The husband called the payment a “nuisance value.”

At divorce, the husband’s expert declined to consider the price the shareholders paid under the 2004 SPA, arguing that the buyout had occurred years ago and did not factor in the effects of the 2008 Great Recession. Instead, he relied in part on the amount the fifth shareholder received as part of the 2012 settlement; this arrangement, the expert said, represented an arm’s-length transaction. He calculated the company’s book value at $75,000 and its commission business at around $154,400. He applied a 35% discount for lack of marketability and the minority interest and a 25% discount to account for expiring client contracts and concluded that the husband’s shares were worth nearly $19,000. The wife’s expert used a capitalization of excess earnings approach. Because of a discovery dispute, she had no access to the company’s principals or financial statements and, therefore, relied on a review of the last five years of the company’s tax returns. She also considered the price per share resulting from the 2004 SPA. She applied a 28% DLOM and concluded that the husband’s shares were worth $324,000. The trial court found her calculations as to the total price paid under the SPA through the year 2012 “reasonable.” But it adjusted her projections for 2013 and 2014; after applying several discounts, it arrived at a total value of nearly $275,000.

On appeal, the husband, citing an older case, argued that the trial court should not have considered the 2004 SPA because “[u]nlike land, which has a fairly stable value, the value of stock fluctuates freely with the operation of the business.” The appeals court disagreed, noting that valuing a closely held corporation was by nature subjective; any evidence of a sale involving a willing seller and willing buyer was, therefore, relevant when setting the value of its stock. On the other hand, relying on the 2012 litigation settlement was problematic because the payment resulting from it did not accompany “a purely voluntary transfer of the shares.”