Dated Valuation Not Per Se Unreliable Indicator of FMV 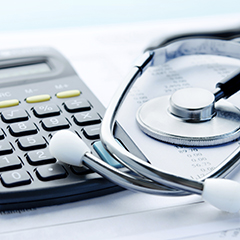 As the husband pursued a divorce, he thought it necessary to sell part of his animal hospital to comply with any upcoming equalization payment order and procured a valuation. The trial court stayed the sale during the litigation but credited the valuation even though it predated trial by 26 months. The wife appealed, claiming the trial court’s reliance on an outdated valuation was error as a matter of law.

Wife short-circuits hospital’s sale. The husband was a doctor of veterinary medicine (DVM) and owned a small animal hospital. In the spring of 2010, the husband and wife separated. At that time, the husband contemplated selling a 49% interest in his practice to his associate for two reasons: (1) he considered the associate a “stellar veterinarian” against whom he did not want to have to compete in the future; and (2) he believed he would need to liquidate the business to pay for the wife’s share of the practice’s value following the finalization of divorce. Consequently, the same year, the husband hired a valuator—a former DVM who, upon retirement, became an expert appraiser of veterinary practices. The husband-seller and associate-buyer also prepared a stock-purchase agreement, which was dated March 2011, the date on which they hoped to finalize the sale. Under it, the associate would receive a monthly bonus that equaled the monthly payments he would pay to the husband to purchase his share in the business.

But, as the divorce proceeded through court, the wife obtained a temporary stay of the sale. At trial, in October 2012, the husband testified that the sale was still on; in fact, the prospective buyer was “chomping at the bit.”

To determine the hospital’s FMV, the husband’s expert spoke with the husband, reviewed three years of the business’s tax returns and other relevant financial statements, and visited the practice in August 2010. His contemporaneous report set the practice’s gross earning value at $1.3 million and concluded that after subtracting long-term liabilities the FMV was slightly less than $1.07 million. At trial, the expert noted that the calculation did not factor in accounts receivable or accounts payable because there was no actual sale yet; he recognized that accounts payable could lower the value of the business’s assets. He also acknowledged that by then the valuation was “somewhat dated” and should be updated “to effectuate an actual sale.” But he believed the practice was a “very good business,” and he did not expect there to be a “dramatic upward or downward change” to the valuation.

Shortly before trial, the wife retained an expert whose qualifications tracked those of the husband’s expert and whose purpose it was to critique the latter’s appraisal. He reviewed various financial documents, including the competing expert’s report. At trial, he agreed with the $1.3 million gross earning value but said decreased existing long-term liabilities and new long-term liabilities (which he did not identify) increased the FMV to $1.2 million.

The husband offered a CPA to serve as rebuttal witness. This expert neither interviewed the husband nor prepared his own valuation of the clinic. At trial, he said that the 2010 valuation stated a “reasonable, if not high” FMV.

In a similar vein, the parties offered expert testimony from two CPAs as to the husband’s projected income. The husband’s expert had prepared the couple’s personal as well as the business’s tax returns since 2003. For his calculation, the expert took into account the proposed sale of the 49% interest in the business. He noted that, under the sales agreement, over 10 years, the associate would pay the husband approximately $523,000, or 49% of the $1.07 million valuation. This arrangement benefited the husband because “in this type of business it is better to have more than one owner.” Also, the prospective buyer was investing “sweat equity and future cash,” and the husband was investing in the “preservation of the future of his business.” He said the husband’s income should be “normalized.” Accounting for other adjustments, the expert projected the husband’s income for 2012 was almost $160,000.

The wife’s income expert entered the case only two days before he testified. He did not speak with the husband, did not visit the business, and did not know what expense obligations the LLC had. To prepare for his testimony, he reviewed the husband’s 2011 tax return and relied on one exhibit that showed calculations he admitted he had not prepared himself, nor did he know who had prepared them. He concluded the projected income was $266,000.

Finally the husband offered a rebuttal expert, also a CPA, who cautioned about double counting. It would be “inappropriate to impute [to the husband] any income … above a normalized compensation” without an adjustment to the value of the hospital, he said. The higher the husband’s normalized income, the lower the hospital’s value because all the profit that went into the FMV calculation of the hospital would go toward the husband’s income. Based on the hospital valuation from the husband’s expert, he believed the normalized annual income would be between $100,000 and $125,000. He admitted that he had not done research on veterinary doctors’ salaries but thought $100,000 was not “unreasonable.”

Inadequate expert disclosure. The trial court adopted the $1.07 million FMV that the husband’s business valuation expert proposed. It found the wife’s expert not credible, noting that he had only “limited time within which to complete an analysis and develop an opinion regarding the valuation of [the hospital].” Moreover, he failed to submit the requisite reports or curriculum vitae to support his testimony to the court. His opinion “was essentially a different interpretation of the valuation report provided by [the husband’s expert],” the court concluded.

As to the amount of income, the trial court found the husband’s CPA expert credible, emphasizing his long working relationship with the husband and wife. It pointed out that the wife’s expert arrived shortly before trial and not only did not make the calculations appearing in an exhibit he claimed supported his testimony, but also failed to explain who made them or on what information they were based. Therefore, the exhibit was inadmissible hearsay. His testimony was not credible, the court held. It noted the rebuttal expert’s statements in support of a “normalized” income but did not adopt his conclusion as to the amount.

No ‘artificial cut-off date’ for valuation. The wife challenged numerous aspects of the trial court’s dissolution decree at the state Court of Appeals, including rulings on expert witnesses. But the valuation of the hospital was at the heart of her appeal.

The argument had no traction in the appellate court, which noted that the trial court merely excluded the exhibit the expert relied on for determining the husband’s income. It did so because he did not make the calculations it contained and did not know who did. The trial court admitted the expert’s testimony but simply found it not credible. Appellate courts give great deference to a trial court’s credibility determination.

2. Hospital valuation. The wife contended that the trial court “misapplied the law” when it adopted the $1.07 million value the husband’s expert proposed in a valuation that he performed more than two years prior to trial. Under the law, a valuation must take place at the time of trial.

The appeals court found that case law allowed for a more flexible attitude. Even though the date of valuation is the date of trial, “this does not mean that there is an artificial cut-off date beyond which a previously prepared valuation of the property becomes legally stale.” How much weight a trial court should give to a valuation is a determination of the facts and circumstances of the case. In this instance, the issue was whether, in light of the facts, the husband’s expert “provided a sufficient evidentiary basis” for valuing the hospital at $1.07 million, said the appellate court.

To determine the worth of a business, the court generally seeks to find the price a hypothetical willing buyer would offer a willing seller. Here, the value that the expert calculated actually served as the agreed-upon sale price, when, in 2011, the husband’s associate agreed to buy 49% of the practice for $523,000. “Thus, speculation on the issue of valuation was not required,” the court pointed out. And, even though the sales agreement was not final and the sale not complete by the time of trial (because of the stay), the record showed that the prospective buyer was still “ready and willing” to go forward. Also, since the business was a small veterinary practice and the husband had to sell part of it to finance the divorce, he “logically negotiated” a sale to his associate. The valuation underlying the negotiation was substantial evidence of the business’s FMV regardless of the delay.

Generally a delay only affects the evidentiary value of the suggested FMV when the value of the asset is “volatile in nature,” the court continued. Here, no such volatility existed; the husband’s expert said he did not expect a dramatic upward or downward shift in the August 2010 value.

According to the appeals court, the wife’s real complaint was that the trial court did not credit her expert. However, the trial court had no reason to do so in this case. It confronted a dated valuation “that was nevertheless supported by evidence of a ready and willing buyer” and the opinion of an opposing expert who came into the litigation shortly before trial and, “rather than perform his own valuation, merely critiqued the other expert’s work.” Under these circumstances, it did not abuse its discretion in relying on the 2010 valuation.

The appeals court swiftly declined the wife’s request to ignore the findings of the trial court and undertake its own valuation based on the numbers on record so as to update the 2010 valuation.